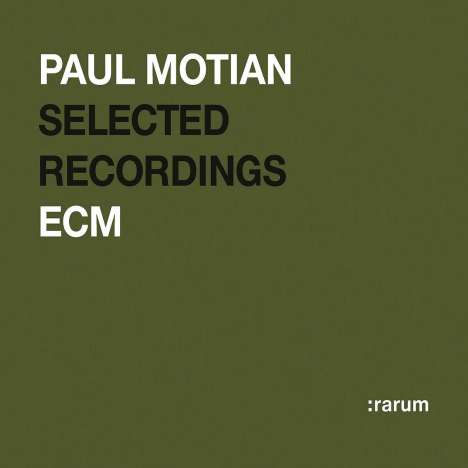 + Paul Bley, John Surman, Bill Frisell, Keith Jarrett u.a.
“The music speaks for itself… It was recorded 20-30 years ago and, listening to it recently, the passage of time seemed non-existent.” The immensely subtle American-Armenian drummer Paul Motian became a bandleader and a composer with the encouragement of ECM. Here he revisits collaborations with Keith Jarrett and Paul Bley, and showcases his exceptional early trios with Charles Brackeen and the late great bassists David Izenzon and Jean-François Jenny-Clark, as well as his still ongoing group with Joe Lovano and Bill Frisell.