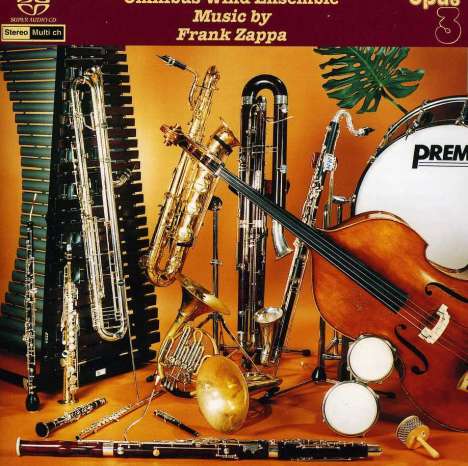 lieferbar innerhalb 1-2 Wochen
(soweit verfügbar beim Lieferanten)
EUR 26,99*
Versandkosten
Sound:stereo & multichannel
The Omnibus Wind Ensemble's interest in Frank Zappa's music dates back to the beginning of the 1980s, almost from the very beginning. Under the motto "From Mozart to Zappa", which also became the title of their first, widely acclaimed CD under the Opus3 label, they have had many of Frank Zappa's compositions on their repertoire over the years.