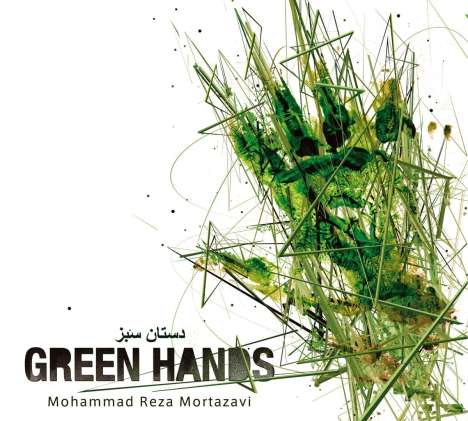 lieferbar innerhalb einer Woche
(soweit verfügbar beim Lieferanten)
EUR 14,99*
Versandkosten
* Digipack
The album GREEN HANDS presents new compositions of Mohammad Reza Mortazavi, offering an insightful view into the artistic work of this very special musician. Mortazavi performs tombak and daf, both traditional Iranian hand drums, and creates an impression as if listenening to an entire orchestra, with a style that reaches far beyond the realm of traditional music.

Daf is a frame drum generally played by Sufis in devotional ceremonies. The metal rings inside the frame bring forth the characteristically crisp sound of this instrument. Tombak is a drum in the form of a goblet, used principally in Persian music, with unique melodic tones. Under the spell of these two instruments, Mortazavi started to develop new finger techniques, rhythmic variations and tonal effects at an early age. Since then, he has introduced more than 30 techniques which he applies to an endless variety of melodies, opening up a new era in the performance possibilities of hand drums.

GREEN HANDS, started in June 2009, also reflects the artist’s view on recent political events in Iran. Mortazavi dedicates this album to the „Green Period“ in his home country, green symbolizing nature, growth and a new beginning. He was born in 1979, the year when the Iranian Revolution began, and this revolutionary spirit can clearly be felt in his work. Mortazavi‘s technical virtuosity is fueled by his desire to play these two drums with honesty and curiosity, always finding fresh approaches and ideas to take him further than ever before. This album is a revelation of his attempt to find release in personal and musical freedom.