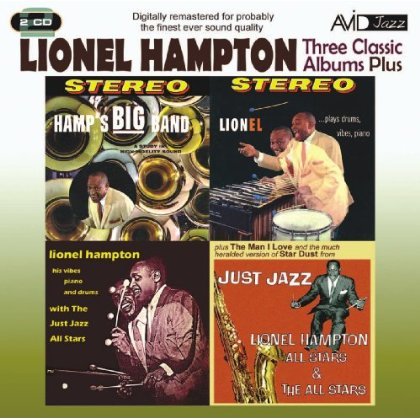 Lionel Hampton started his jazz life playing drums with small bands in Chicago before moving to the West Coast in 1928.There he started playing piano with bands including Paul Howard and Les Hite just as his band had been taken over by none other than Louis Armstrong for whom Hampton played both vibes and piano. It was not until 1934 that Hampton started to work seriously with the vibes and became a specialist with the instrument. Two years later he was playing with Benny Goodman, Teddy Wilson and Gene Krupa!

All three albums plus have been digitally re-mastered.