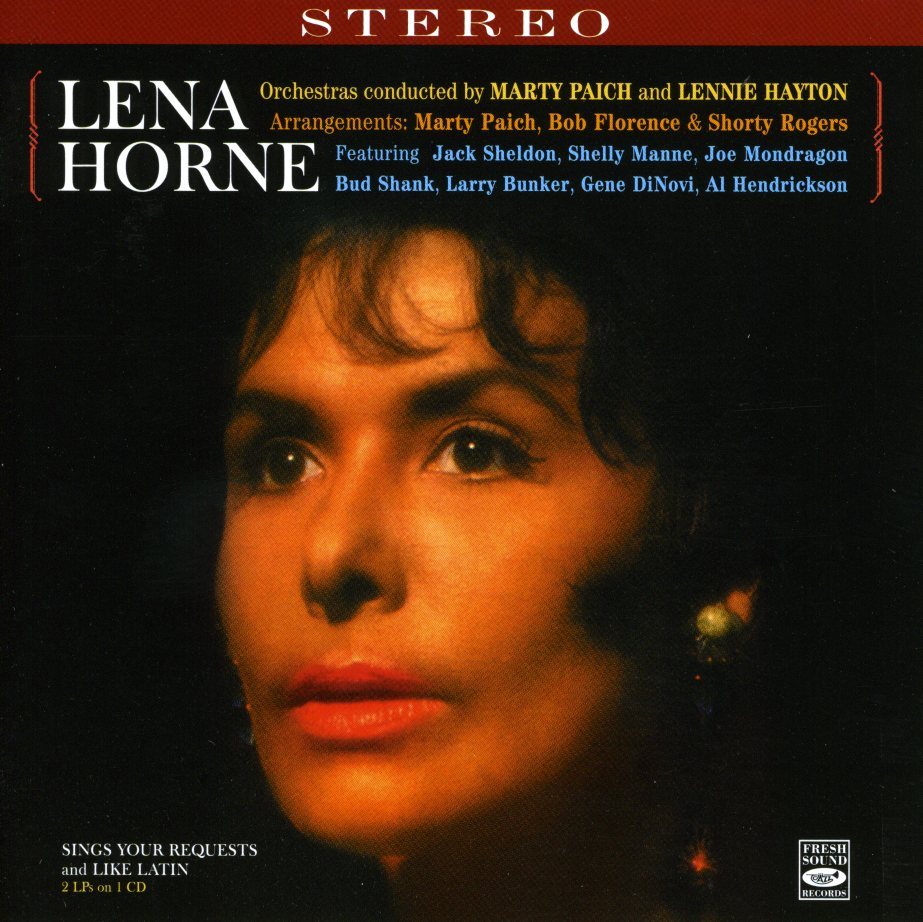 Lena Horne’s undeniable artistry in weaving each of these songs adds conclusive proof to the previously convincing evidence that she is great with any kind of song. On the first album of this collection, she interprets some of her favorite tunes, together with Marty Paich, in a swinging combination which would go on to be widely accepted.
As for the songs she chose to include in the second album, they seem tailor-made for her unique interpretations. Lena’s husband, Lennie Hayton, conducts the orchestra, and the skillful arrangements are by Shorty Rogers. Garnishing some of the tracks with an innovative jazz-samba rhythm, Lena offers moving interpretations to such great songs as Night And Day and Meditation. Here you will find clear evidence of the incomparable versatility that made her one of the world’s greatest stars. (freshsoundrecords. com)