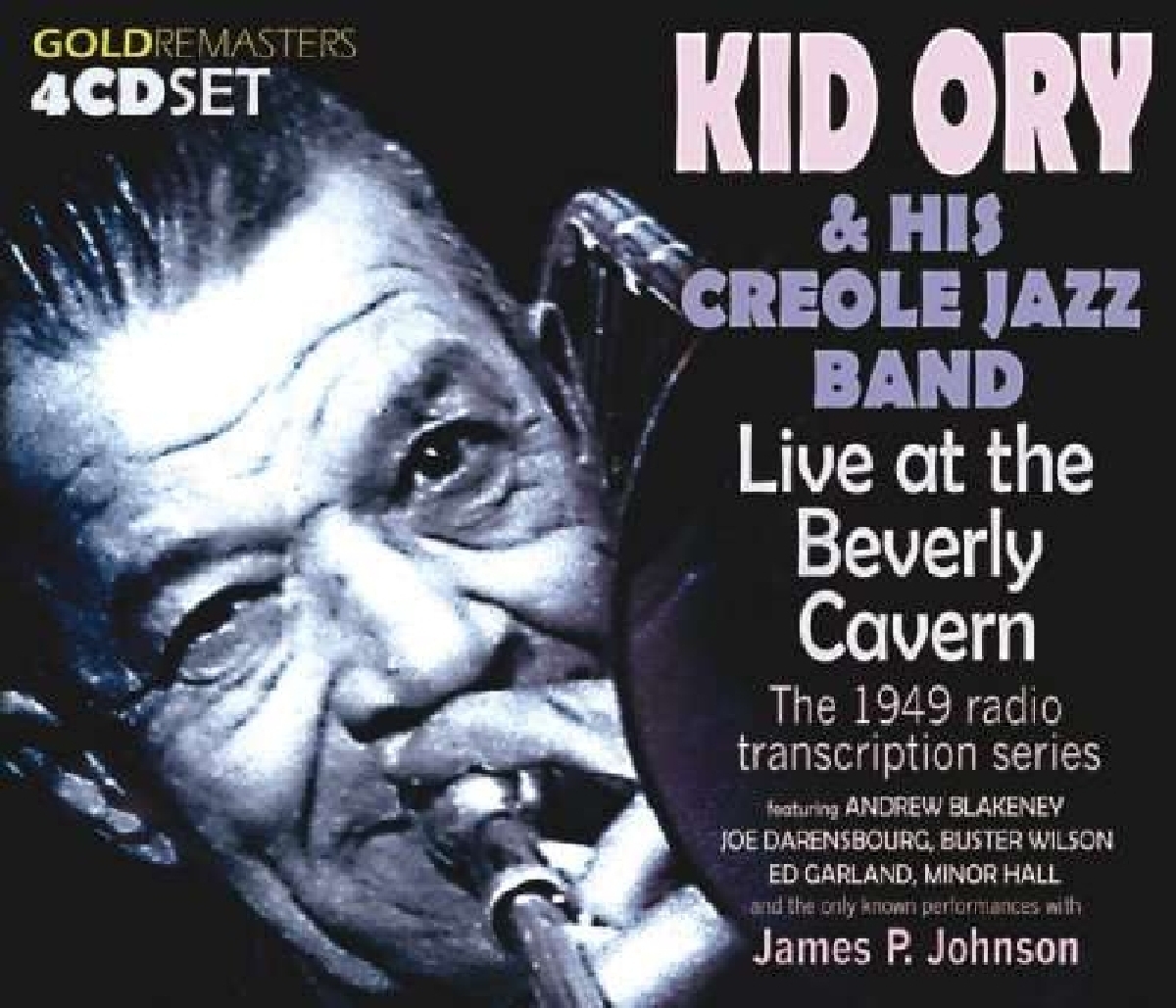 Edward ‘Kid’ Ory was born on a Louisiana plantation as far back as 1886 and went on to become a successful bandleader and soloist in the pre WW1 years. Later he became the trombonist of choice for Louis Armstrong, Jelly Roll Morton and King Oliver..and it doesn’t get much better than that!! Thanks to our AVID in house sound engineers this newly re-mastered collection corrects some of the earlier variations in sound quality to give us the best listening experience ever for these fine classic recordings. We include 52 titles, 25 of which have alternative versions giving us 80 complete musical performances in total!

To add to the fun we also include one almost complete track with voice over, plus four Kid Ory interviews. So join the ‘Kid’ alongside such fine musicians as Buster Williams, Andy Blakeney, Ed Garland, Minor ‘Ram’ Hall and James P Johnson as they rock the airwaves back in 1949 at the Beverly Cavern.