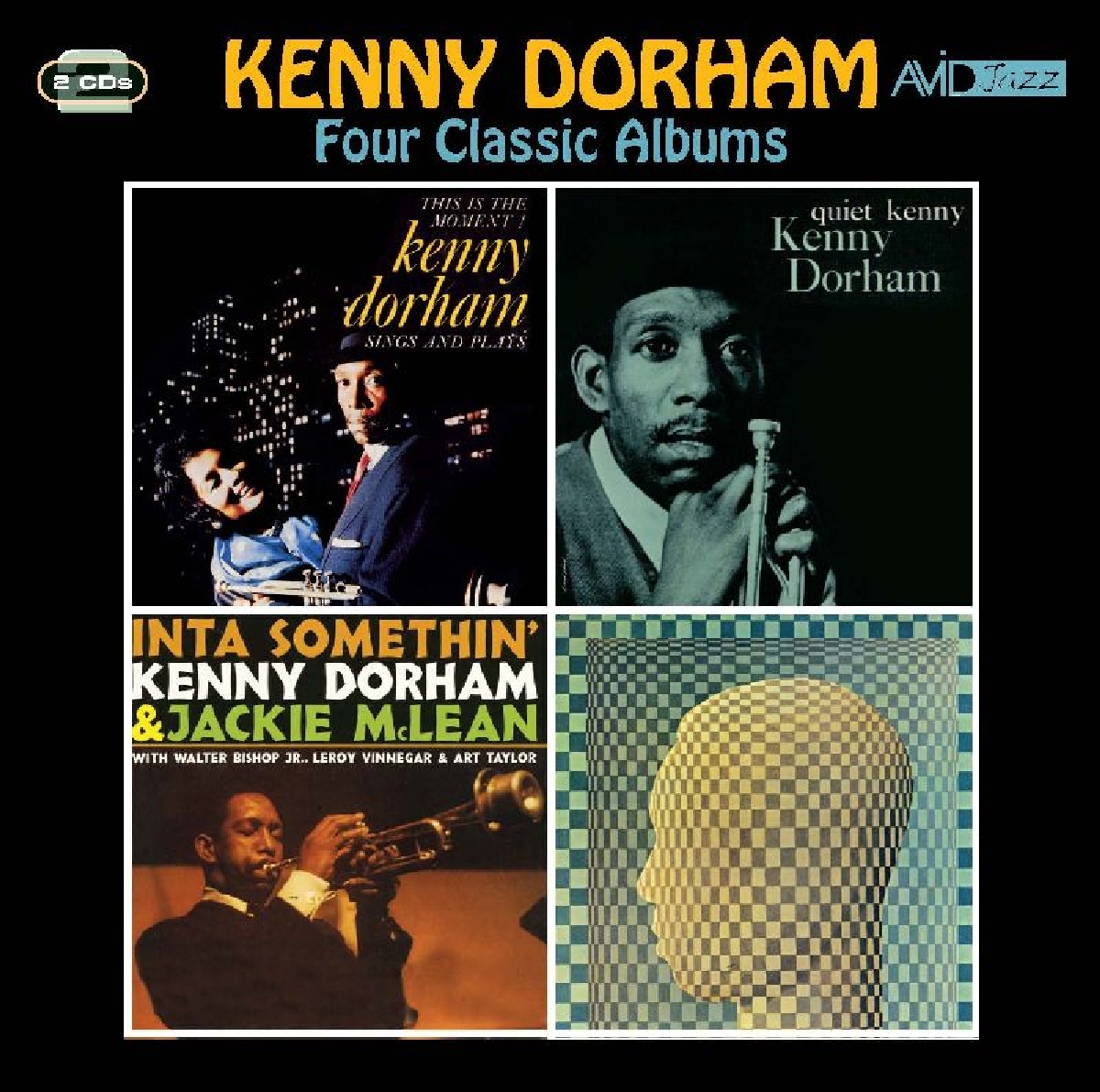 “This Is The Moment”; “Quiet Kenny”, “Inta Something” and “Matador”

From an early start playing piano at age seven, Kenny Dorham moved on to trumpet and played with the likes of Wild Bill Davis, Russell Jacquet (brother of Illinois), Dizzy Gillespie, Billy Eckstine and Lionel Hampton. Finally in 1948 he joined up with Charlie Parker in a small group setting where his soloing finally gained the attention he had for so long deserved. The Quintet recording “This Is The Moment” from 1958 features Kenny Dorham on vocals and trumpet, Curtis Fuller on trombone, Cedar Walton on piano, Sam Jones on bass, Charlie Persip or G. T.Hogan on drums (2, 5 & 9). Kenny Dorham had long held a desire to make a vocal album and here he finally joins the ranks of such great instrumentalist / vocalists as Louis Armstrong, Dizzy Gillespie, Nat Cole and Chet Baker. The album gives Kenny plenty of opportunity to stretch his vocal chords all the while keeping the blowing quotient high and mighty! “Quiet Kenny” was the first album Dorham made fronting his own Quintet and is not, as title suggests an album of ballads! It did feature a quieter more reflective side to Dorham while still containing some fine hard playing from the likes of Tommy Flanagan on piano, Paul Chambers on bass, Art Taylor on drums and features three Dorham originals. “Inta Something” is another Quintet recording, this time a live one featuring Dorham and alto saxophonist Jackie McLean as co-leader and presenter in their first recording together outside New York City. Joining Dorham and McLean are Walter Bishop Jr. on piano, Leroy Vinnegar on bass and Art Taylor on drums. As the original liner notes attest…”Few aggregations in recent years have combined looseness, form, discipline and swing so well and so consistently and the combination pays off as the present LP shows”. For “Matador” Jackie McLean again joins forces with Dorham alongside Bobby Timmons on piano, Teddy Smith on bass and J. C.Moses on drums. Inspired by a 21 day tour of South America Kenny had made with the Monte Kay First American Jazz Festival in 1961 and particularly the music of Brazil, “Matador” is one of jazz music’s unheralded classics! The centrepiece is a re-working in three parts of the Jackie McLean composition “Melody for Melanae”from his Blue Note debut” Let Freedom Ring” and featuring outstanding solos from Dorham, McLean and Timmons (probably playing some of his best ever solos)!