John Surman: The Spaces In Between 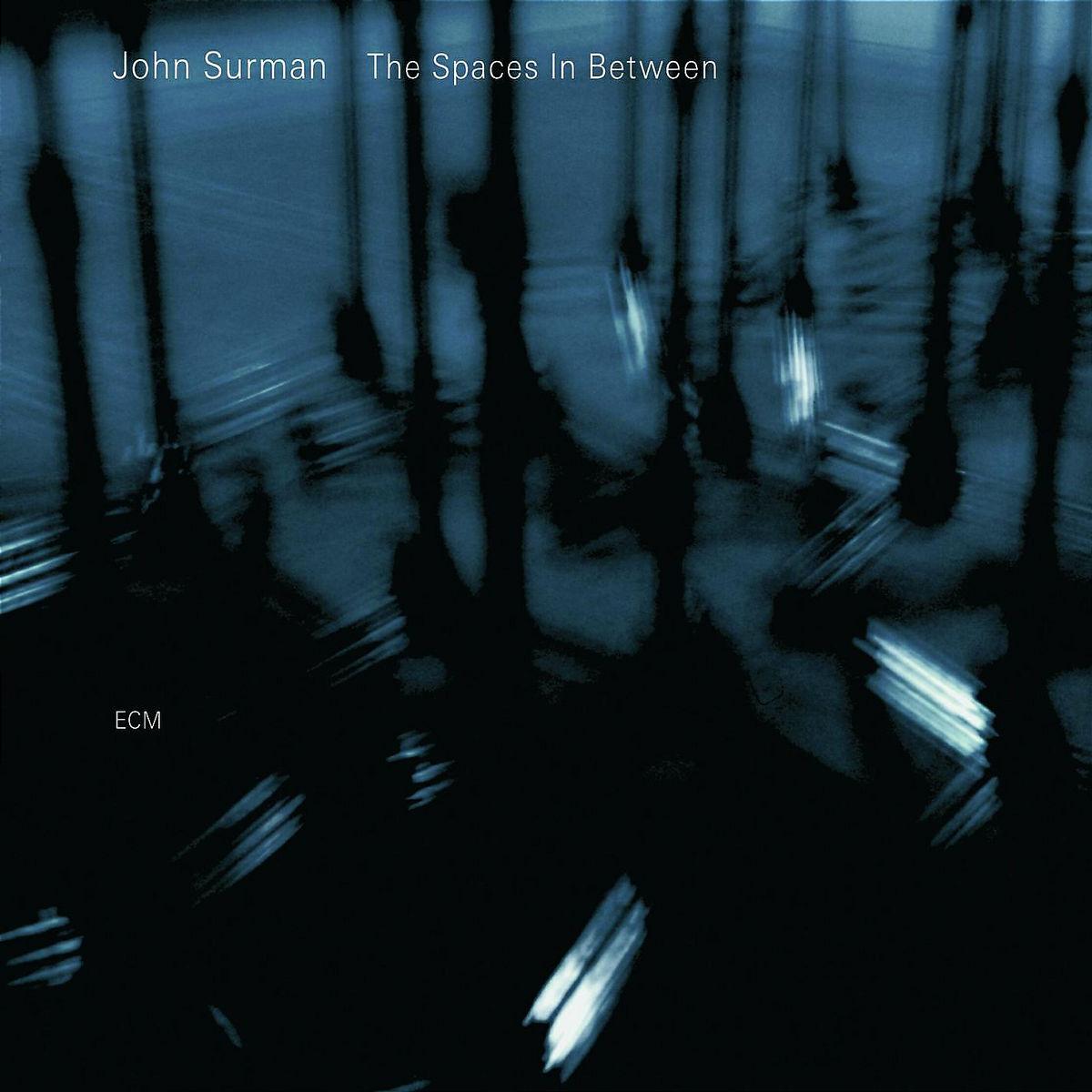 Bewertung:
Nur noch 1 Stück am Lager. Danach versandfertig innerhalb einer Woche (soweit verfügbar beim Lieferanten)
EUR 17,99**
EUR 16,99*
Versandkosten
+ Chris Laurence, Rita Manning, Patrick Kiernan, Bill
Hawkes, Nick Cooper
Almost a decade has passed since John Surman initiated this special project in which his reeds and the bass of Chris Laurence are flanked by, and interact with, a string quartet. “Coruscating”, the debut album from this unique combination of players, was recorded in January 1999 and met with a warm response from listeners to jazz, chamber music and beyond. An Editor’s Choice in Gramophone, hailed as “coruscating indeed, a classic ECM disc” by composer Ivan Moody in International Record Review, and as “an album of almost unspeakable beauty: fantastically vivid and evocative”, by rock magazine Mojo, the recording established a template on which Surman could build. And “The Spaces In Between” marks a big step forward...

“The music has been developed simply through playing”, John Surman notes. “We’ve played together a lot now, and as we’ve progressed the string quartet has become much more integrated into the improvisational process too. The project has become looser in performance than it was when we started out, and it also feels much more like a band, a complete entity. I’ve learned that there are many more possibilities than I first imagined, and gained more confidence both in what I can write for the strings and in what I can leave to the players’ imaginations.”

The story started in the late 1990s with a commission to write music for saxophone and the Krynkl String Quartet in Prague. Not unsatisfied with initial results, Surman nonetheless sensed that “something was missing, especially when playing strongly on the baritone saxophone. I wasn’t getting the power I wanted from the string players’ rhythmic sense. Then I suddenly realized that in Chris Laurence I had somebody with whom I’d played a lot, who also had many years of experience in working with other string players in orchestras. “ Bassist Laurence had partnered Surman in diverse groups for thirty years – they first recorded together in the Mike Westbrook Concert band in 1969 – and had also been first bass with The Academy of St Martin In The Fields Orchestra. Laurence and Surman decided to assemble a string group “from scratch”, rather than work with an existing quartet. “The players who would become Trans4mation had all worked with Chris, and Rita Manning, Bill Hawkes and Nick Cooper had come to gigs where Chris and I were playing - they were already interested in the music.”

The programme on “The Spaces In Between” builds up, and towards the title track, a finely-crafted solo violin piece for quartet leader Rita Manning, then works away from it. “It’s really become a central part of the structure of the whole”, says Surman, “an arching piece that binds the two halves of the album together. I’d sent the piece to Rita, with a little trepidation, about a year ago. She’s been working away at it since then, and plays it fantastically.”

The album’s opening track “Moonlighter” had an earlier life as an exercise piece for a Royal Schools of Music Course in Britain. Written as a ballad for jazz combo it adapts itself readily to Surman’s string project. Several other tracks are also adapted from the past, reminding us of the many paths John Surman has traveled in his long artistic career. “Where Fortune Smiles” for instance was first recorded in 1970 for Dawn Records, for a line-up including John McLaughlin, Karl Berger, Dave Holland and Stu Martin: it was revised for the string group at the prompting of Karin Krog who had long liked the tune.

“Mimosa” was written for the “Thimar” trio with Anouar Brahem and Dave Holland, but appears for the first time on record here. Conventional critical wisdom may typecast Surman, with his roots in British folk and choral music, as a quintessentially English player, but he has always been an internationalist as well. As a member of a student choir in 1966 he sang at a folklore festival in Istanbul, “absolutely blown away” by first exposure to the world of Arab modes and music of the East in general. While at London University, he studied sitar with Nazir Jairazbhoy at the School of Oriental Studies and learned about the structure of North Indian classical music. “These experiences were important to me and now, after all these years, the influence starts to emerge in my writing and I feel comfortable enough to write something. I was amazed which way the string players took to this piece: like ducks to water.”

This however is also a reflection of Surman’s ability to write for strings. A wind player par excellence – as many elegant solos here confirm – and a more than competent keyboardist when duty calls, he also has hands-on knowledge of stringed instruments. It helps. Not many know that Surman, in the deep past, once played double-bass as well, even played principal bass with Vladimir Ashkenazy on one occasion (“possibly an experience he would not care to repeat”) back in the 1960s, in an orchestra directed by Johann Tryggveson.

“You Never Know” is another piece with roots in the past, built upon a piece Surman wrote for dancer Carolyn Carlson in the mid-1970s.

“Wayfarers All”, with its obviously “rural” atmosphere, is a piece that “has evolved from the work we’ve done so far with the strings – looking into the way that the string quartet phrases. Some of the inner lines are based upon the improvisations. It’s looser in the way it’s written than the other pieces: it has a looser rhythmic feeling.” At the end of “Now and Again”, the strings have complete freedom, another departure, “and the way they deal with it, it’s pleasingly difficult to tell where the written part ends and the improvisations begins.”

“Leaving The Harrow” which concludes the album is one of the few pieces tied in the composer’s mind with a specific picture: “There were two pubs where I formerly lived, in the countryside, in Kent. One pub was The Bowl and the other was The Harrow. And that was about an hour’s walk. And the idea for the piece came from leaving there – possibly buoyed up with a couple of pints of best bitter – walking home on a beautiful evening in harvest time and the harvest moon was enormous. It was a good feeling, and the piece – essentially about the harvest moon – was written very quickly.”

The album was recorded in the richly-resonant interior of the St Gerold monastery in the Austrian mountains in February 2006, with Manfred Eicher producing, and classical tonmeister Markus Heiland as engineer.

John Surman, Chris Laurence and then Trans4mation String Quartet perform the pieces from “The Spaces In Between” at Norwich Cathedral on May 12, a high point of the Norfolk and Norwich Festival. More concerts will follow, details soon at www. ecmrecords. com

Further recordings with John Surman are in preparation including a reeds / church organ duo with Howard Moody. He is also to be heard on the forthcoming third album by John Potter’s Dowland Project, due this autumn.

This is a total joy. If you thought Surman’s previous album Coruscating with this same line-up was good, this is even better. … The sound of the instruments and the way they combine is truly amazing. The throaty, guttural baritone finds an echo in the bass and cello and the soprano in the higher tones of the violins. The harmonies are fabulous, deep and rich, and evoke, for me at least, the English countryside through the seasons. As for the performances, they are quite perfect with Rita Manning’s solo violin on the title track an absolute highlight. This is simply the best record I’ve heard this year. Duncan Heining, Jazzwise

This is an unreserved success, and credit goes to all concerned. Crucially, Surman has not over-written the string parts, including opportunities for them to improvise. Trans4mation readily seize those opportunities. They were fans of Surman’s music before coming together to play with him… and it shows. … The end result combines strings with jazz more successfully than ever. In the years since Coruscating the six musicians have gelled into a proper group. John Eyles, BBC online

An album where both Surman’s fundamental lyricism and his ever-alert dynamic sense would seem to have attained yet further dimensions of poetic nuance and rhythmic mastery. Michael Tucker, Jazz Journal International