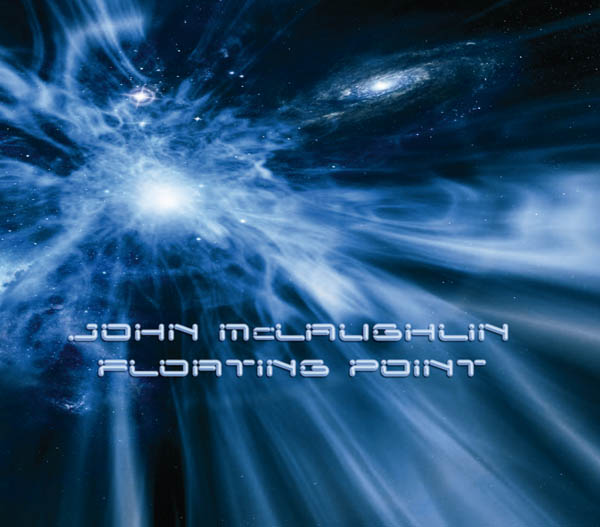 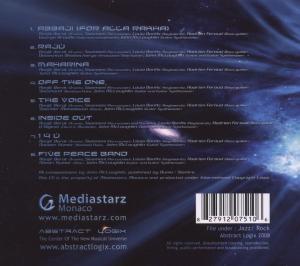 2008 Releases from guitar legend John McLaughlin. John has already said Floating Point, his brand new CD, “May be the best record I ever made.” That’s really saying something when you consider McLaughlin’s prolific and trailblazing career. The guitarist and composer has appeared on some of the most important jazz-rock and world music albums in the last 40 years.

For Floating Point, which was recorded in India, McLaughlin used several of the best Indian musicians in the world. McLaughlin calls these players the “young lions” of India. They include keyboardist Loiuz Banks, drummer Ranjit Barot, electric sitarist Niladri Kumar, flautists Shashank and Naveen Kumar, percussionist Sivamani, vocalist Shankar Mahadevan, electric mandolinist U. Rajesh, and Hindustini slide guitarist Debashish Bhattacharya. Joining them were other Western stars saxophonist George Brooks and bassist Hadrien Feraud. With a line-up like that, you would expect a very Indian experience. But, McLaughlin says not necessarily so.

“Now while this CD features predominantly Indian musicians, we are in quite another form compared to the group Shakti,” McLaughlin says. “The music is for the most part ‘Jazz-Fusion’ if a label has to be put on it. But with the musicians involved in this project, it has also a ‘world’ kind of atmosphere.”

McLaughlin adds, “I really am happy with the outcome of this CD which actually came about quite spontaneously and without any real planning. You can hear in the music where I am in my development, and in which directions I’m moving. It was a real thrill to play with these players, and I offer my thanks to them for their unique contributions. I truly wish and hope that it brings something to the listeners. I also offer my deep thanks to them for their continued support to my dedicated work.” (abstractlogix. com)

"This latest offering from John McLaughlin is a feast for fusion-lovers everywhere. It delivers not only in terms of the superb musicianship present on the CD, but also for its compositional quality and mesmerising improvisation. It really is a joyful, uplifting experience and an essential purchase. Go buy it!" (alloutguitar. com)

"This is a landmark recording, marked by detail, subtlety, and extraordinarily moving performances." (Downbeat)

"With a life in music spanning more than 50 years, there is a degree of certitude that we have of John McLaughlin and his music. Standards deemed impossible for others to reach we consider "the norm" for him. But whatever standards we hold him to, the standards he sets for himself are infinitely higher. Floating Point is another amazing example of just how high those standards are." (jazzloft. com)

"One of the most fluent, evocative and powerful albums in a career filled with high points, Floating Point works because, just as he's accomplished in his own career, McLaughlin has brought together a group of musicians for whom much of the music is far outside their comfort zone." (allaboutjazz. com)

"This is 99% an absolute cracker, and not just for guitar nuts either." (guardian. co. uk)