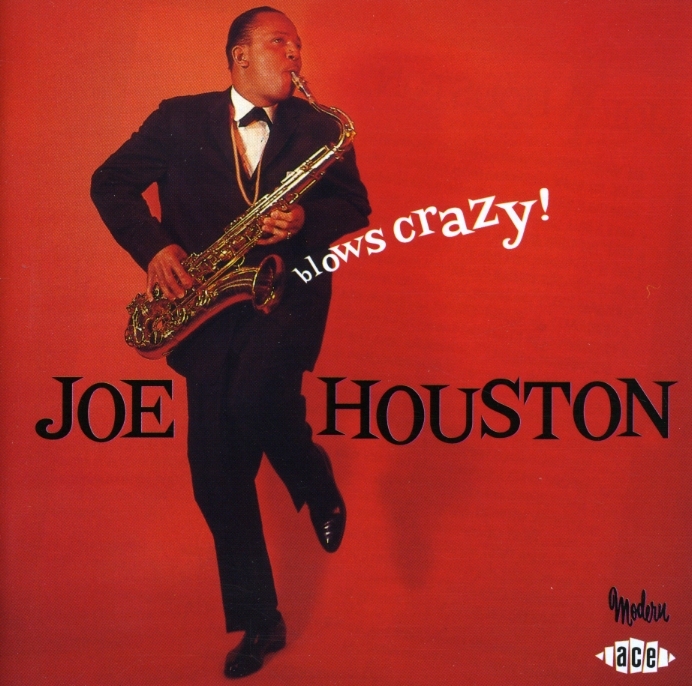 Bewertung:
lieferbar innerhalb einer Woche
(soweit verfügbar beim Lieferanten)
-15%
EUR 18,99**
EUR 15,99*
Versandkosten
Starting on alto sax at the end of the war, Joe Houston toured with acts such as Amos Milburn, Wynonie Harris, Savannah Churchill and Big Joe Turner, switching to tenor sax in 1947. His early recordings, done in Houston in the 1949-51 timeframe featured him in an essentially blues mode. Joe admits to having been "turned around" by artists like Big Jay McNeely, Hal Singer and Wild Bill Moore. Their influence helped him develop the honking tenor style in which he recorded for Modern and other labels throughout the 50s and well into the 60s. Blow Joe Blow, originally recorded for the Macy's label in Houston, was the first of Joe's records to come to the attention of Jules Bihari at Modern Records and it was re-issued on the Modern label in 1951.

At this time, Joe was living in Baton Rouge, Louisiana and Jules Bihari, with his portable recording gear, recorded Joe and his band in their home. Tunes recorded on that occasion included Houston's Hot House and Have A Ball, the latter being a vocal featuring Joe's singer Lois Butler. Joe's later sides were recorded in Los Angeles and Joe himself lives today in Long Beach, California. Perhaps his most well-known tune is All Night Long. Recorded in Jake Porter's Combo studio but first released on John Dolphin's Money label, All Night Long was bought a couple of years later by Modern. Incidentally John Dolphin's labels (including Cash, Lucky and Recorded in Hollywood as well as Money) are the latest additions to the growing list of West Coast R&B labels whose output is now owned by Ace.

One of the features of an artist whose output is largely instrumental is that, over the years, the recordings tend to be re-titled, speeded-up and otherwise disguised. Even given this, Joe Houston is somewhat of an exception with many complicated changes over the years. But not to despair, Jim Dawson, in his notes to BLOWS CRAZY! has sorted all this out and gives us a comprehensive explanation of all the ins and outs. Jim even had to contend with the oddity of totally different tunes being released with the same name. That's why you see two tunes named Joe's Gone on this CD but sporting different writers!

In selecting the sides for this CD, we have tried to be as representative as possible of Joe's sides for the Modern, Crown and RPM labels. As well as the key singles releases, included are most of the tracks from his sought-after Modern / Crown album Blows All Night Long as well as several from his Wild Man of The Tenor Sax album. During the 60s, Joe recorded several twist and surf albums for Crown. Although those musical styles were in vogue at the time, few of the numbers have passed the test of time, but four of them stand out and are included on this compilation.