Joanie Sommers: Positively The Most! / The 'Voice' Of The Sixties! / For Those Who Think Young

Joanie Sommers
Positively The Most! / The 'Voice' Of The Sixties! / For Those Who Think Young
2 CDs
CD (Compact Disc) 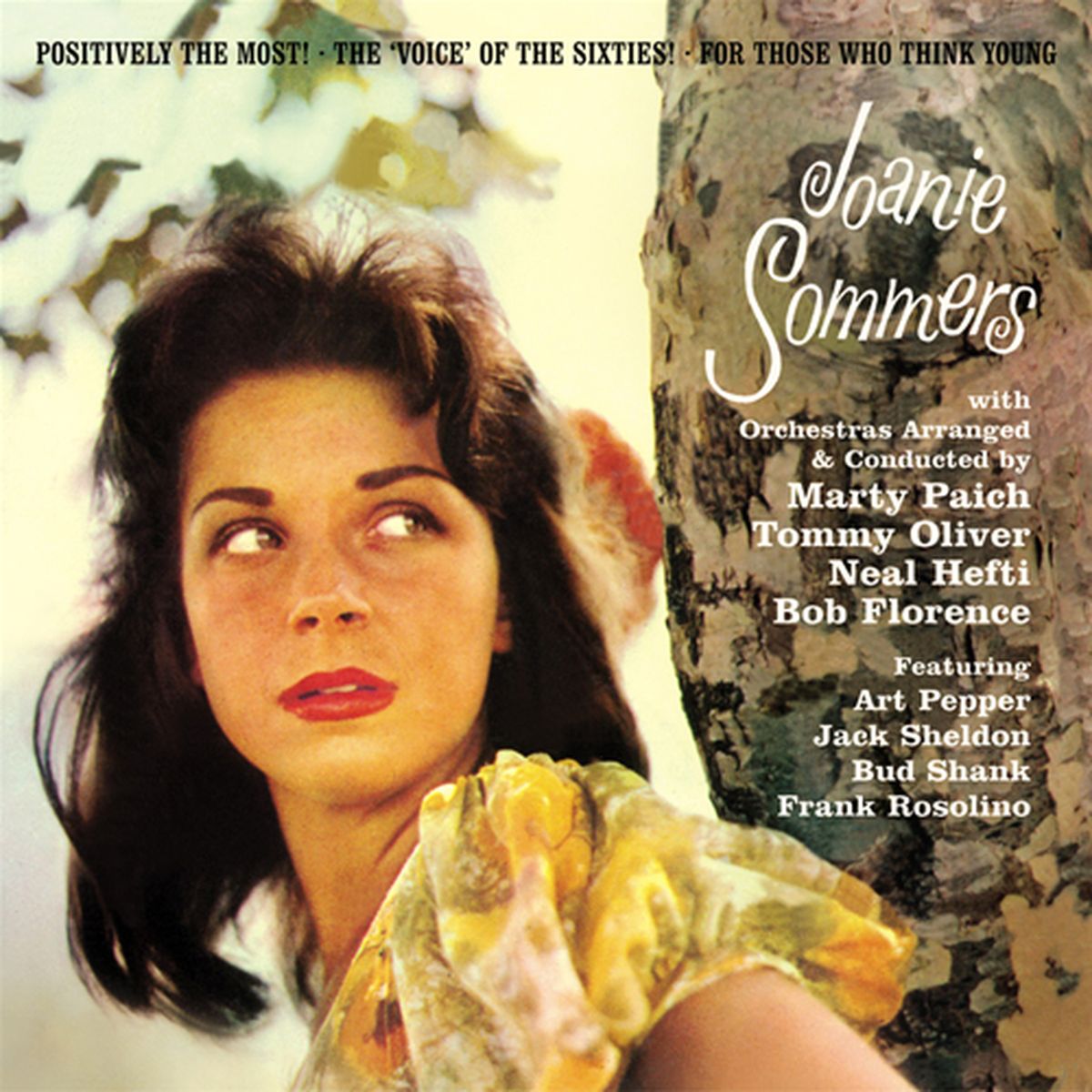 Young and charming Joanie Sommers was still a teenager when she signed for Warner Bros Records. It was 1959, the company was newly-formed and Joanie was barely 19, but she emerged, in the words of herrecord company, as “the greatest singing discovery in the last fifteen years.” Her swinging debut album—”Positively the Most!”—included a brace of standards that she wrapped up in winning style, and it led her to start out on the road to singing stardom. The following years brought a remarkable series of equally successful ventures, among them a number of singles and several LPs, including two excellent jazz-oriented albums, “The ‘Voice’ of the Sixties!” and “For Those Who Think Young,” both recorded in 1961.

On these Warner Bros albums she is as good on her rhythm tunes as she is on her warm readings of ballads. Efectively supported by orchestras conducted by some of the most in-demand Hollywood arrangers - Marty Paich, Tommy Oliver, Neal Hefti, and Bob Florence - and featuring such stellar soloists as Art Pepper, Jack Sheldon, Frank Rosolino, and Bud Shank, she combined youthful vitality, cool and fiery, with a tasteful vocal form whose broad appeal embraced both jazz and hip pop fans alike.