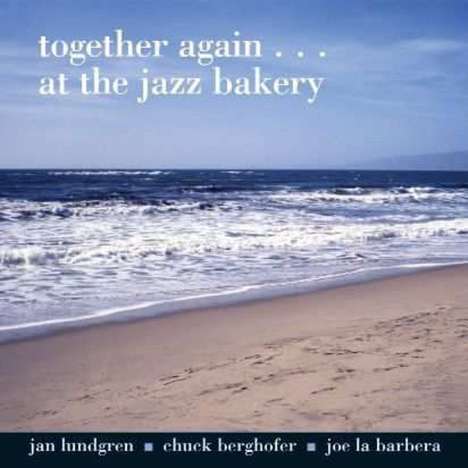 "I prefer a live album . . . absolutely. I'd rather put up with background sound and imperfect balance-that sort of thing-and get something more inspired out of it." -Buddy De Franco This was never intended to be a commercial recording. If such were the case, Talley Sherwood would have been there to engineer it. I've recorded Bill Perkins, Arne Domnérus, et al. as a "souvenir" of their performance at The Jazz Bakery. This was for my ears alone... and then I turned a deaf ear on it! It was a difficult place to record, even for the best professionals. The acoustics were a nightmare with its very high vault ceiling. In a previous life, it had been the garage for the Helms Bakery trucks. As a young boy in the late Thirties, I looked forward each afternoon to the Helmsman when he came down Crescent Heights Boulevard. I especially loved the chocolate cupcakes... in their time they had no equal! The same thing happened once before in March, 1995. I had produced Claude Williamson (with Dave Carpenter and Paul Kreibich) for VSOP. In attempting to help Claude resurrect his career, a booking was arranged at the B; his first club gig since Donte's in March, 1966! It followed the studio session by three weeks. I recorded it, came home late that night, sat down to listen... and was knocked out! I listened to every bit of it. It required a lot of work-nineteen hours-by engineer Joe Sidore before the souvenir could become Fresh Sound FSR 5014. Claude termed the Bud Powell / Jerome Kern program, "My finest recorded musical moments."