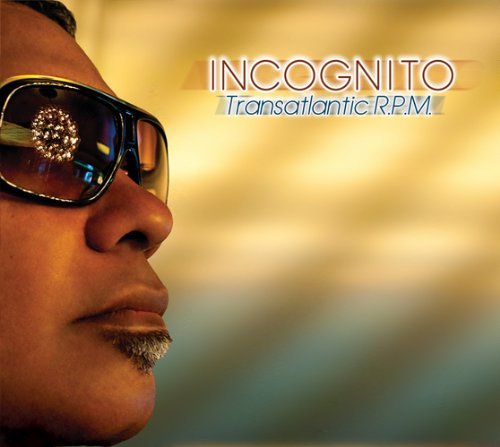 Jean-Paul “Bluey” Maunick and Incognito have become an insitution on the British groove scene, for their jazz-funk and nu-soul hybrid. Transatlantic R. P.M. marks Maunick's 30 years in the music biz and celebrates with 14 new songs, 13 of them originals. Bluey enlisted a slew of friends to join the party. The set opens with the album's love cover: a convincing reading of Boz Scaggs' "Lowdown," featuring Italian clubjazz singer Mario Biondi and Chaka Khan. The arrangement doesn't differ all that much from Scaggs' version (thankfully) but the meld of Biondi's and Khan's rough-edged lead vocals juxtaposed with a smooth backing chorus, a slightly faster tempo, and a popping bassline after the bridge, distinguishes it. Another notable cut is Bluey's funky name checking homage to the 70s and his youth entitled "75"; it's sung by Joy Rose with a gorgeous horn arrangement by Kevin Robinson. Leon Ware puts in a fine performance on the babymaker, makeup number "Line In The Sand." Bluey's guitar work is, as usual, tasteful and understated, but adds immeasurably. Ursula Rucker sings and speaks on the stepper "Gotta," while Khan gets her own showcaseon the jazzy, string and Rhodes laden, "The Song." Longtime vocalist Maysa shines on the summery "Your Love My Sky," with beautiful guitar work from Bluey and a fine brass arrangement by Trevor Mires. The lone instrumental on the set "Expresso Madureira," mixes Brazilian and Afro Latin rhythms in a heady, funk brew with popping percussion and horns. A Stevie Wonder meets Roy Ayers vibe distinguishes the '70s groove at work in "Life Ain't Nothin' But A Good Thing" sung by Vanessa Haynes. Biondi returns on the breakbeat clubjazz of "Can't Get Enough," backed by Incognito's stellar chorus. Bluey even takes a vocal on the closer, "Tell Me What To Do." While he's no match for the other singers here, the track's breaking, cut time rhythm, breezy atmosphere, and lithe, sensual melody makes it a nu-soul winner. Incognito may not be innovating on Transatlantic R. P.M., but in showcasing the many places they've been, and the wide vein they've mined, they don't need to. This is a summeritme party record with fine songs and good vibes in abundance. (allmusic. com)