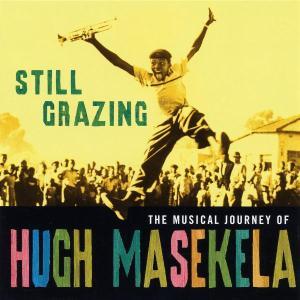 Hugh Masekela (1939-2018)
Masekela '66 - '76 (Vinyl-Box-Set)
7 LPs
EUR 75,99*
+ Chuck Carter, Big Black, Charlie Smalls,
John Cartwright u.a.
Trumpeter / Flugelhornist / Vocalist HUGH MASEKELA came to N. Y. in the early 1960's when his South African homeland was suffering through the fierce injustices of apartheid. A self- proclaimed jazz worshipper, he wanted to join the band of Art Blakely or one of his other heroes. Instead, he became a "world music" pioneer, mixing up the bright sounds and rhythms of the townships with jazz, R&B, and Brazilian samba. Release in conjunction with his autobiography, this disc features recordings from Masekela's Chisa, Uni, and Blue Thumb releases, a formative stretch of a long career.