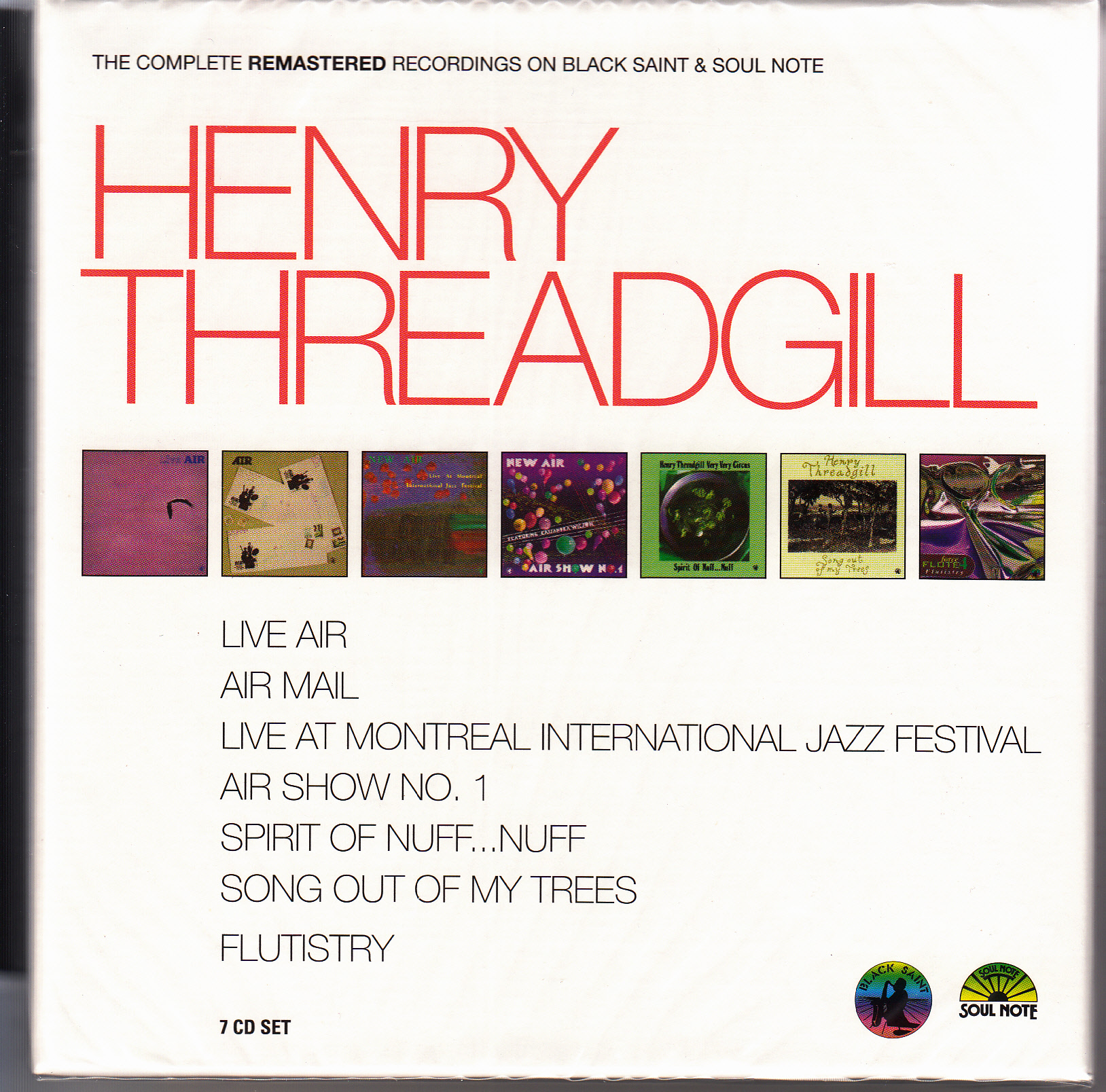 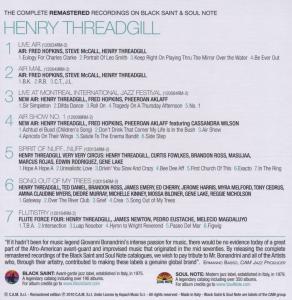 Henry Threadgill (geb. 1944)
This Brings Us To Vol. I
EUR 16,99**
CD
EUR 15,99*
Alben:Live Air,Air Mail,Live Montreal Int.Jazz Festival,Air
Show N.1,Spirit of Nuff Nuff,Song Out Of My Trees,Flutistry
*** digitally remastered
THE COMPLETE REMASTERED RECORDINGS ON BLACK SAINT & SOUL NOTE is a monographic box-set collection aimed at recounting the most beautiful chapters that revolutionised the history of jazz.

This new series was launched in March 2010 with the simultaneous release of four box-sets, including albums by some of the artists who participated in the success of the outstanding labels. A philological work, beginning with the original recordings on multi-track master tapes, patiently integrally remastered paying strict attention to the sound quality.

"From Air via New Air to Flute Force Four, these discs show Threadgill growing in confidence as a composer. By the time of the later disc by Threadgill’s Very Very Circus ensemble his capability as an organiser of human resources in the pursuit of a steely personal vision is fully formed. Everything that has come since is a refinement of that very personal means of expression. Where Air is an extension of Threadgill’s involvement with AACM (Association for the Advancement of Creative Musicians), and was similarly nurtured by the Civil Rights movement and informed by a militant post-Vietnam consciousness (Threadgill was a veteran of that war, and played in a rock band during his posting), later discs contain music that is inimitably Threadgill’s own." (thejazzman. com)