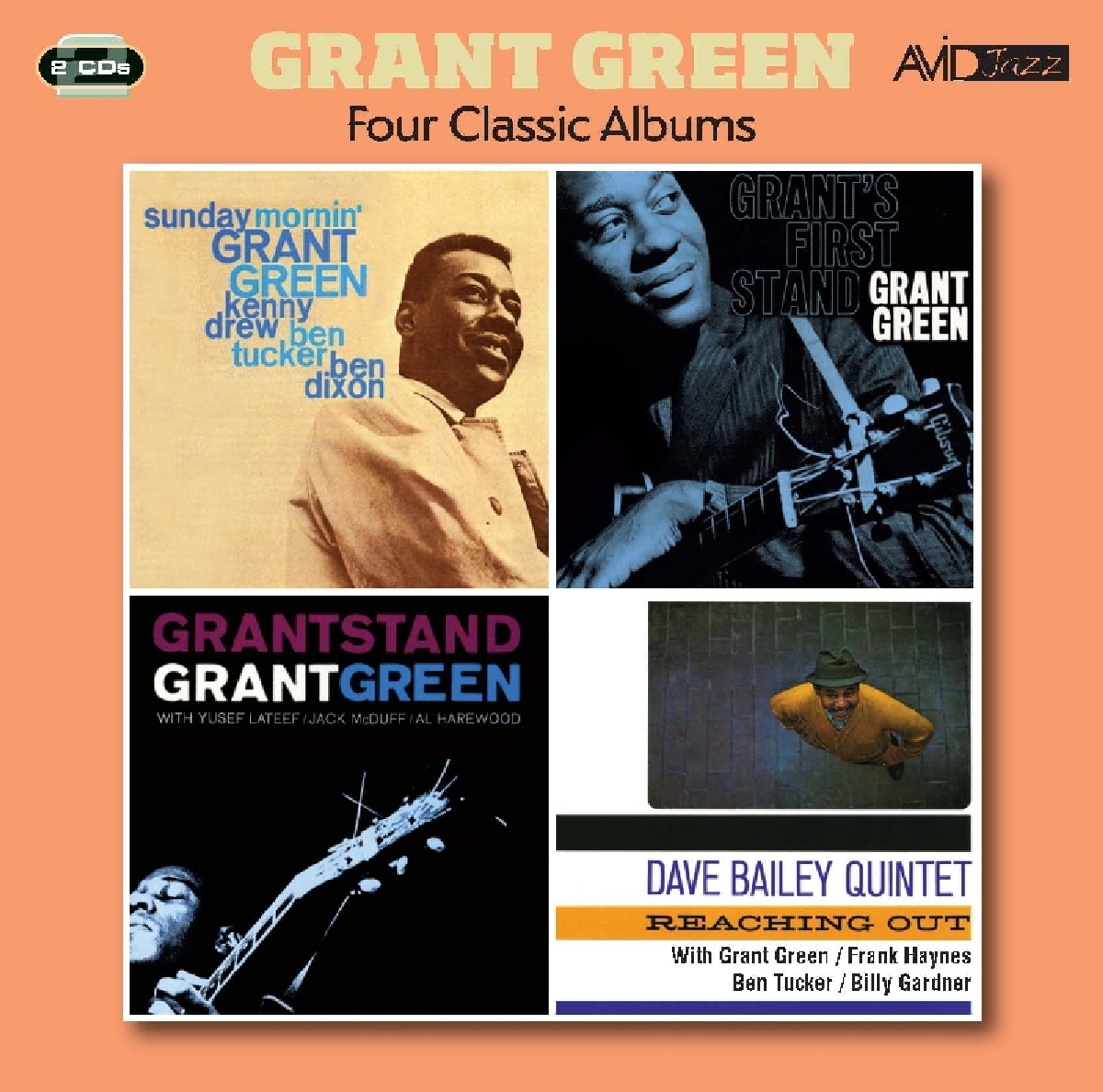 Born on June 6th 1931 in St Louis, Grant Green began his musical career at 13 years of age playing with local groups alternating between playing rhythm ‘n’ blues and jazz. Although he now ranks up there with the jazz guitar greats including Barney Kessel, Kenny Burrell, Tal Farlow and Wes Montgomery and declares Charlie Christian and Jimmy Raney as influences, Green avows that it is Miles and Bird that he most listens to!

You will certainly get a flavour of Greens background in R ‘n B when you listen to him team up with “Baby Face” Willette on organ and Ben Dixon on drums for “Grants First Stand”. For “Grantstand” Green is joined by Yusef Lateef on tenor and flute, Jack McDuff on organ and Al Harewood on drums. As the original liner notes attest, with this combo Grant “ has achieved a consistency of fully relaxed feeling …..rare in jazz recording……refreshingly and enduringly enjoyable …..a place where a listener can return again and again”. By now Grant Green was up there with fellow guitarists Charlie Byrd and Wes Montgomery in an era that saw the resurgence of the jazz guitar. This was possibly due to the renewed interest in the blues during the late fifties and early sixties folk revival. A trend Green was well placed to benefit from as his playing style had very much been informed by the blues. Joined by Kenny Drew on piano, Ben Tucker on bass and Ben Tucker on drums for “Sunday Morning”…… “all six of these greatly varied pieces contain further evidence of Grant Green’s stature in the vanguard of the new wave of jazz guitarists…..and show he had not yet begun to exhaust the possibilities of his instrument”.

Under the leadership of drummer Dave Bailey “Reaching Out” features Grant Green on an early recording date where he shines on the wonderful “Falling In Love With Love” Also heard on this fine album is the under-rated and under recorded Frank Haynes on tenor alongside Ben Tucker on bass and Billy Gardner on piano.