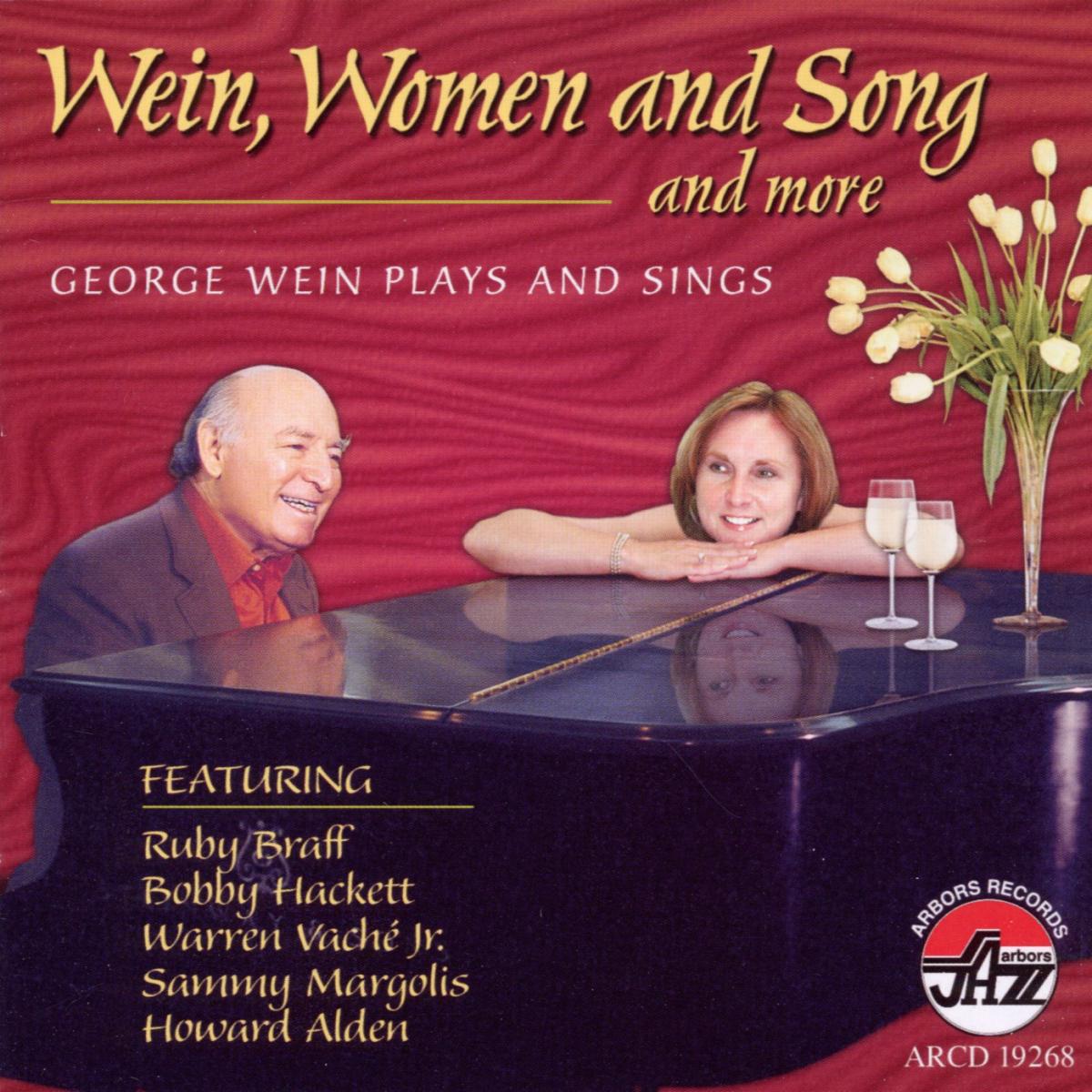 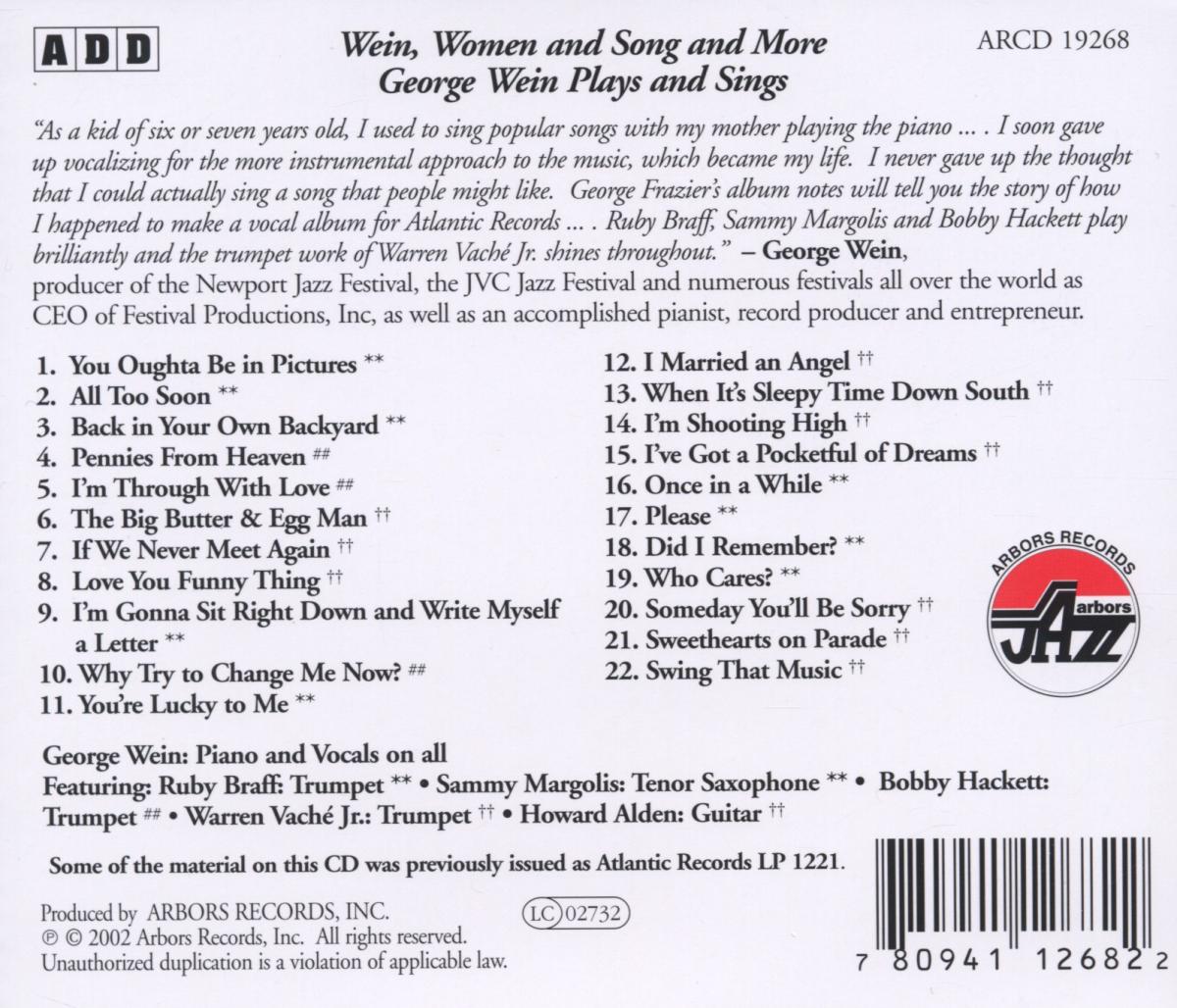 "As a kid of six or seven years old, I used to sing popular songs with my mother playing the piano… I soon gave up vocalizing for the more instrumental approach to the music, which became my life. I never gave up the thought that I could actually sing a song that people might like. George Frazier´s album notes will tell you the story of how I happened to make a vocal album for Atlantic Records… Ruby Braff, Sammy Margolis and Bobby Hackett play brilliantly and the trumpet work of Warren Vache Jr. Shines throughout." George Wein, producer of the Newport Jazz Festival, the JVC Jazz Festival and numerous festivals all over the world as CEO of Festival Productions, Inc., as well as an accomplished pianist, record producer and entrepreneur.