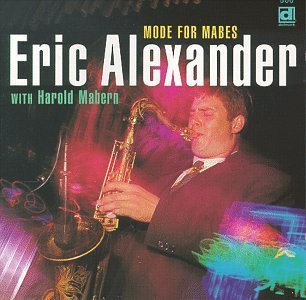 Bewertung:
lieferbar innerhalb 1-2 Wochen
(soweit verfügbar beim Lieferanten)
EUR 18,99**
EUR 17,99*
Versandkosten
When Eric recorded his first album in 1993 he was the new kid on the block. That Delmark CD, Straight Up, firmly established Eric as a mature tenor saxophonist even though he was only 23 years old. His albums have sold very well and the critics have praised his playing often comparing him to Dexter Gordon. The supporting cast of Straight Up is back - Harold Mabern, piano; Jim Rotundi, trumpet; John Webber, bass; and George Fludas, drums - with the addition of trombonist Steve Davis.