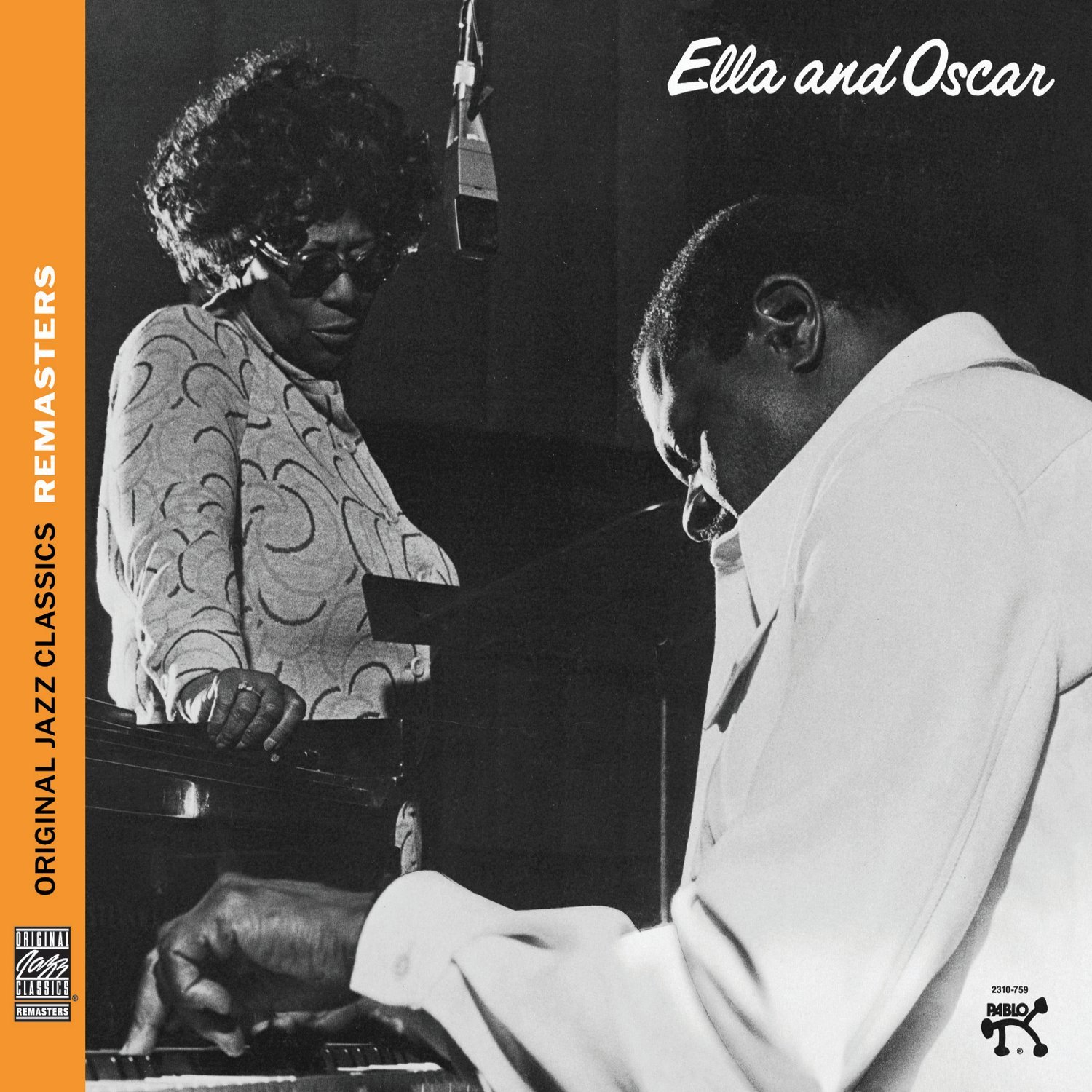 Ella and Oscar was recorded in May 1975 for Pablo and produced by jazz impresario Norman Granz, who'd founded the label just a couple years earlier. The album is a series of duets that enlists the aid of bassist Ray Brown on four of the original nine tracks. Brown also appears on two of the four previously unreleased bonus tracks included in the reissue.

"The selections that make up Ella and Oscar, as well as the casual ambience of the exchange between singer, pianist, and bassist Ray Brown...beckons the listener to enjoy this meeting of musical minds that could have taken place in Ella's living room in Beverly Hills or Oscar's home in Mississauga, Ontario, rather than in a recording studio," says Tad Hershorn, who wrote the new liner notes for the OJCR reissue. "The interaction between Fitzgerald, Peterson, and Brown accomplishes two ends. It reveals the creative improvisational process while delivering a finished definitive product destined to linger in the annals of jazz vocals. The spare directness of these recordings lay bare the emotions contained in the songs themselves with few frills."

The bonus tracks are alternate takes that "underscore the fact that both artists were true masters of the art of jazz improvisation," says Phillips. "The alternate takes don't sound like the master takes. Each performance is fresh, and each captures that spontaneity and that in-the-moment creativity that are hallmarks of the greatest jazz artists and timeless jazz recordings. Nothing is done by rote."(concordmusicgroup. com)