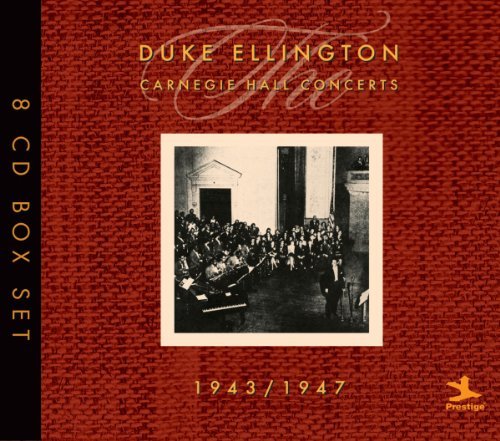 Duke Ellington (1899-1974)
Ellington At Newport (140g) (Limited-Numbered-Edition)
LP
EUR 34,99*
+ Rex Stewart, Harold Baker, Ray Nance, Fred Guy u.a.
Throughout the '40s, the Carnegie Hall concerts by Duke Elington and his orchestra were the annual high points of jazz performance, giving Elington the oportunity to explore his longer, clasical-influenced pieces as well as the pop tunes that made the band's reputation. This box set contains a plethora of material that Ellington recorded at the legendary venue, Carnegie Hall, during the height of the Big Band movement, including the premier performance of Black, Brown & Beige.

These live recordings span the years 1943-1947, featuring 85 performances by Duke Ellington and some of the jazz's greatest musicians.