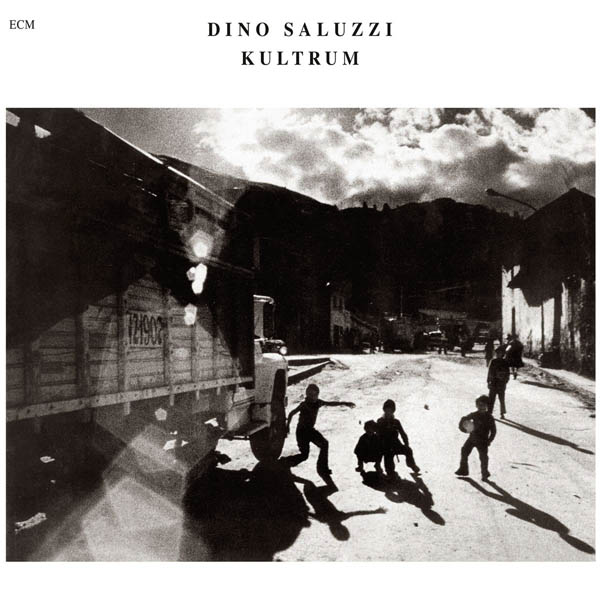 The Kultrum collaboration between Argentinian bandoneon master Dino Saluzzi and the Munich-based German-Austrian-Australian Rosamunde Quartet was initiated in 1996. Featuring Saluzzi's chamber music for bandoneon and string quartet, Kultrum is both a "departure" and an extension of Dino's previous ECM recordings (in fact the title echoes that of his first disc for the label), in which - as Swiss critic Peter Rüedi has noted - he acknowledges and then transgresses the boundaries: between composition and improvisation, between so-called serious and popular music, between folk music and jazz and tango.

The genesis of the project, however, can be traced back specifically to Saluzzi's solo album Andina of 1988 and a small piece added as a postscript to that session. The sound of the bandoneon on "Memories" seemed to imply a wave of orchestration, and the suggestion that a string quartet could bring this out more fully was left for Saluzzi to ponder.

In the interim, the Rosamunde Quartet - whose tastes are unusually comprehensive for a classical ensemble - raised Saluzzi's name among a list of enthusiasms from Haydn to Nono in the course of production discussions with ECM. A Munich concert by the Saluzzi Trio provided an opportunity for Dino and cellist Anja Lechner to meet and exchange ideas and in June 1996, the Saluzzi-Rosamunde collective began rehearsing together.

Saluzzi insists that tango players would have been inadequate interpreters of his new music. "I needed freedom from the tango form. At the same time, I also feel responsibility to conserve the tradition, and it's dangerous to move, but we have to move." Not least to defend the territory from the numerous classical players claiming Argentine inspirations this season - now that Piazzolla is safely dead!

The Kultrum project has toured over the last two years, to critical and public acclaim, as Saluzzi and the quartet have honed the material. A few days before the recording at the Austrian monastery of St Gerold (site of such significant New Series recordings as the Jan Garbarek / Hilliard Ensemble Officium album, Giya Kancheli's Exil, Paul Giger's Schattenwelt, Michelle Makarski's Caoine and Eduard Brunner's Dal Niente), the collective played an ecstatically-received concert at Munich's Prinzregententheater.