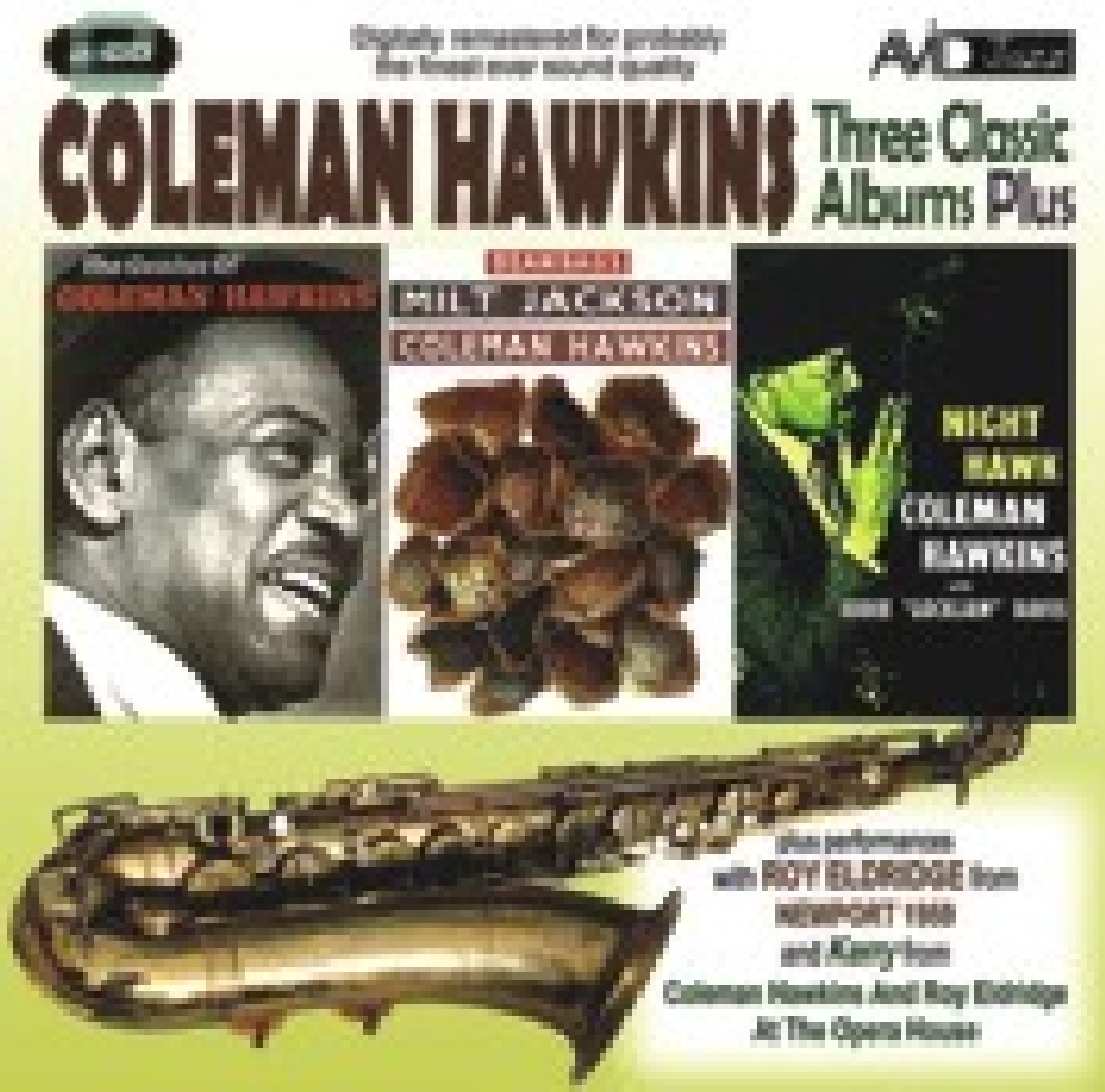 Bean bags are not just for kids………..and to prove it here’s our first album in this three album plus set, appropriately called “Bean Bags”. “Bean”, for tenor man Coleman Hawkins and “Bags”, of course for vibesman Milt Jackson in their first collaboration as co-leaders.

On “The Genius of Coleman Hawkins” we discover that old dogs can learn new tricks as the “Hawk” is joined by the Oscar Peterson trio plus Alvin Stoller on drums. Having been somewhat eclipsed by the new breed of players like Lester Young in the late 1940’s how refreshing it is to hear Colman Hawkins’ “undying love of and enthusiasm for the jazz art”.

“Night Hawk” recorded in 1960 shows that Hawkins had very little left to prove, he had secured his place as one of the true giants of jazz. But he still had plenty left to show off about as witnessed in the masterpiece from this album, the title track, a Hawkins composition entitled simply “Night Hawk”. Joined by Tommy Flanagan, Ron Carter, Gus Johnson and additional tenor man Eddie “Lockjaw” Davis this album was not just another excuse for a tenor showdown but a “warm conversation between two men who had different things to say in the same language”.

All three albums plus have been digitally re-mastered for probably the finest sound quality ever!