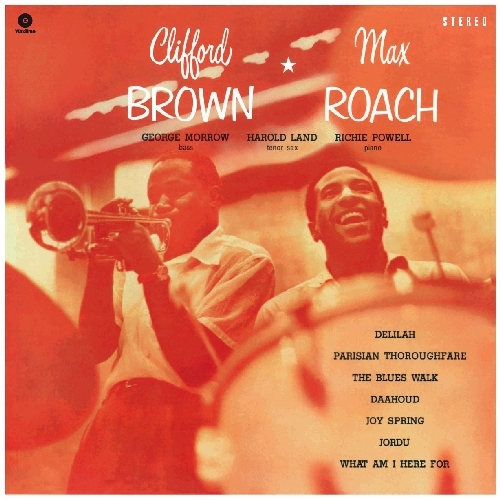 In the spring of 1954, with Dizzy Gillespie and Miles Davis between career moves, Clifford Brown was turning heads with his bod new jazz trumpet sound. At the same time, Max Roach, a young drummer who had played a supportive role on the New York bebop scene, was ready to step into the spotlight himself. When Roach formed a group in Los Angeles that spring, he asked the youg Brown to be his co-leader, and the two of them joined forces, eager to create something new and unprecendented.

Brown and Roach didn't waste any time making that happen. They created a distinctive repertoire that mixed originals and standards, with an emphasis on fresh melodic concepts and scorching tempos. This reissue charts the band's develpment from its California origins to its relocation to the East -- the beginning of its reign as the greatest jazz combo of its time.