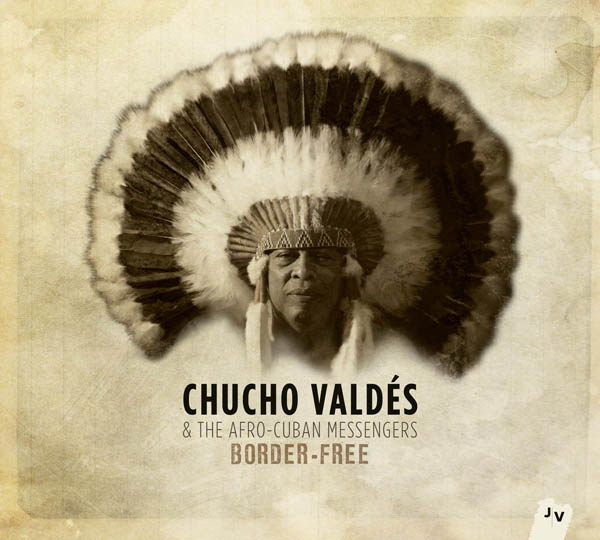 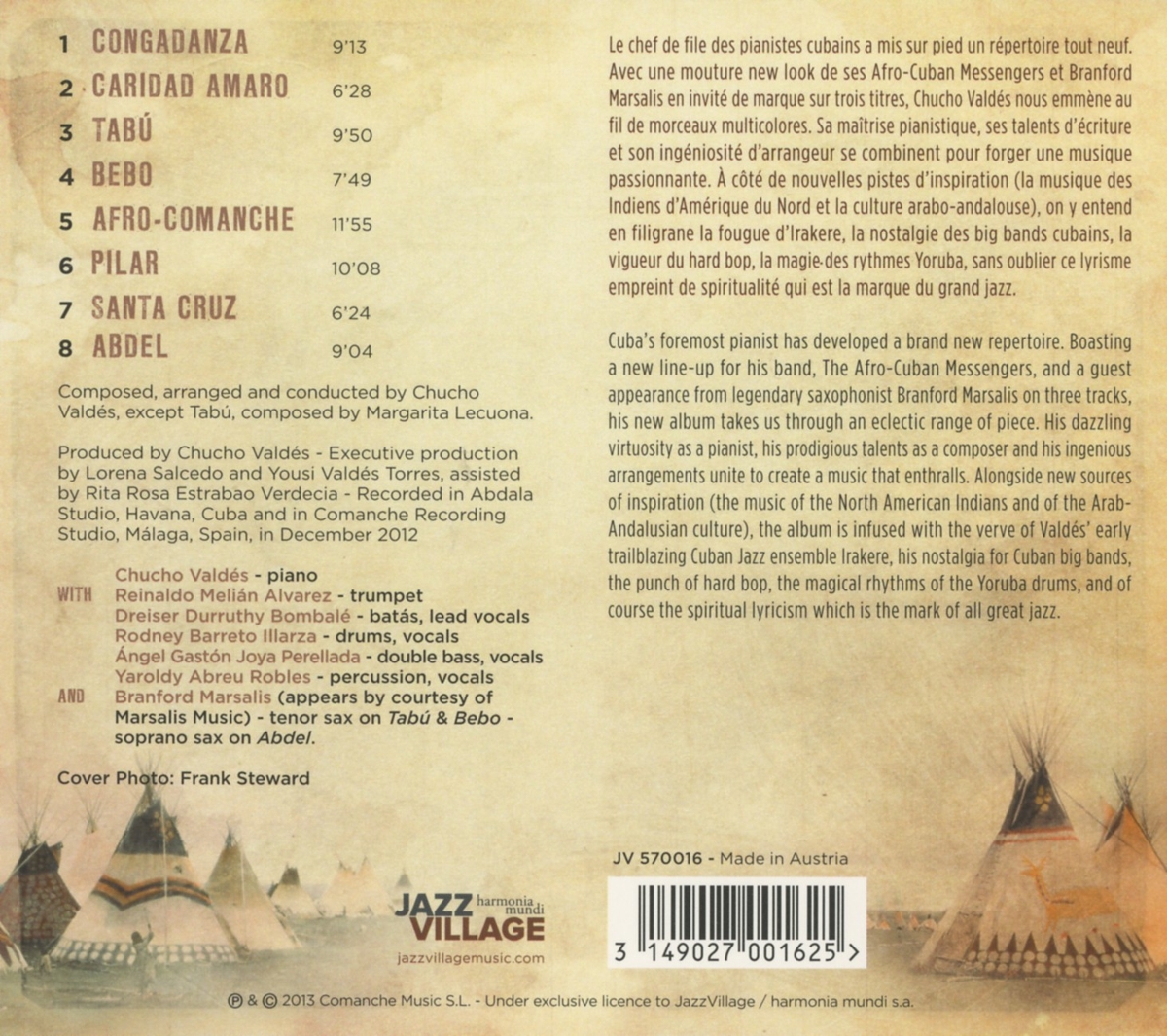 Border-Free, the title of the new recording by Cuban pianist, composer and arranger Chucho Valdés, is as much a description of the music as a declaration of principle.

In the eight pieces that comprise this album -- all but one originals -- the lines that define the limits of traditions and styles blur and disappear. There are nods to flamenco and the Gnawa music of Morocco, but also to the ritual rhythms of the Orishas, the deities of the Afro-Cuban Santería religion. There are mentions of hard-bop and danzón but also echoes of Bach, Rachmaninoff and Miles Davis -- and yet the sum total is a deeply personal and open-ended sound. And it’s all Chucho Valdés.

“Since I was a student I had this idea of taking disparate elements, mixing them and seeing what happened. And little by little, over time, I’ve found my ways,” says Valdés, 71. “And I love it because it’s a search that forces you to investigate and study. It’s not all about Afro-Cuban music. I’m always looking for new things.”

In Border-Free, released on the Jazz Village label on July 9th, Valdés features again his Afro-Cuban Messengers (named in tribute to that rolling school of jazz that was Art Blakey and his Jazz Messengers), and also calls on saxophonist Branford Marsalis who appears in three tracks.

As on his previous outing with the Afro-Cuban Messengers, the 2010 Grammy-winning Chucho´s Steps, on Border-Free Valdés takes time to not only experiment but also look back and celebrate significant people in his life.

In fact, in many ways, Border-Free suggests a musical family album, as it includes tracks such as “Bebo,” dedicated to Valdés’s late father, the incomparable pianist, arranger and bandleader Bebo Valdés; “Pilar,” a tribute to Chucho’s mother Pilar Rodríguez, a pianist and singer, and “Caridad Amaro,” an elegant piece titled after his grandmother.

“What’s also interesting is that when I started to improvise, on the spot, I had this idea of doing a tumbao [vamp] in Bebo’s style with my left hand, while soloing with my right hand in my own style. So what you have is Bebo on one side and Chucho on the other. And what I liked was that it was not premeditated, it happened right then and there and that’s why it sounds fresh.”

The other family pieces also include personal details. “Pilar” includes a citation of J. S.Bach’s “Prelude in D Minor,” a favorite of his mother, and allusions to Miles Davis’s “Blue in Green.” “That’s all her. Even when I was a student she would ask me to play that prelude for her, and her favorite recording was Kind of Blue,” recalls Valdés. Likewise, in “Caridad Amaro” he quotes from Rachmaninoff´s Piano Concerto No. 2 in C minor, a favorite of his grandmother, “but done my own way.”

In fact, all the pieces in Border-Free allude to his broad interests and personal tributes.

“Santa Cruz,” written in 1986, is a flamenco-tinged piece dedicated to Santi, a guitarist from the Canary Islands, while “Abdel,” a track that draws from North African music, was written to, and named after, a Moroccan percussionist from whom Valdés “learned a lot,” and who has since passed. “Tabú,” arranged here like a Jazz Messengers song, was actually composed by Margarita Lecuona, sister of the great Cuban pianist and composer Ernesto Lecuona. “Congadanza” is Valdés’s celebration of María Cervantes, daughter of the Cuban composer and pianist Ignacio Cervantes.

Calling attention to these remarkable women musicians, often lost in the shadows of their more famous male relatives, was not a calculated move: “it just came out that way,” says Valdés. “Maybe it was a way to do a little justice,” he says with a chuckle.

Meanwhile, “Afro-Comanche” is a composition dedicated to a little known piece of United States and Cuban history, when in the 1700s, after a defeat to the Spanish army in what is now Texas territory, 700 Comanche were taken prisoners, moved to Mexico, then Spain and eventually relocated to Cuba, where most died because of the conditions and climate.

“But while in Cuba, many mixed with Afro-Cubans,” says Valdés. “No one has looked into this much, and I thought that doing something about it to call attention to this story perhaps will inspire more studies. That’s why I wear a headdress on the cover.”

The song hints at some Native American musical elements and concludes “with something very African, played on the [two-headed hourglass] batá drums.” That closing section is actually a piece for Oggún, a deity in the Orisha pantheon.

Branford Marsalis appears on tenor sax on “Tabú” and “Bebo,” and on soprano on “Abdel.” It is, again, another piece in a puzzle grounded on deep personal references and connections.

“I have great admiration for them [the Marsalis family], especially the father, Ellis. He was the first Marsalis I met. It’s been a friendship of more than 30 years.”

Turning Border-Free into such a personal musical family album was never a plan, “but that’s how it turned out,” says Valdés. “And afterwards I thought that perhaps if I had planned it, it wouldn’t have come out as well.”

In fact, Valdés says that he has no one fixed way of creating his albums.

“Sometimes it’s just a collection of tunes that I like and I put together according to style,” he explains. “Sometimes I look for a path, a theme. In Border-Free the idea was to do many different things but all in own style. Now, that is something very difficult to achieve.”