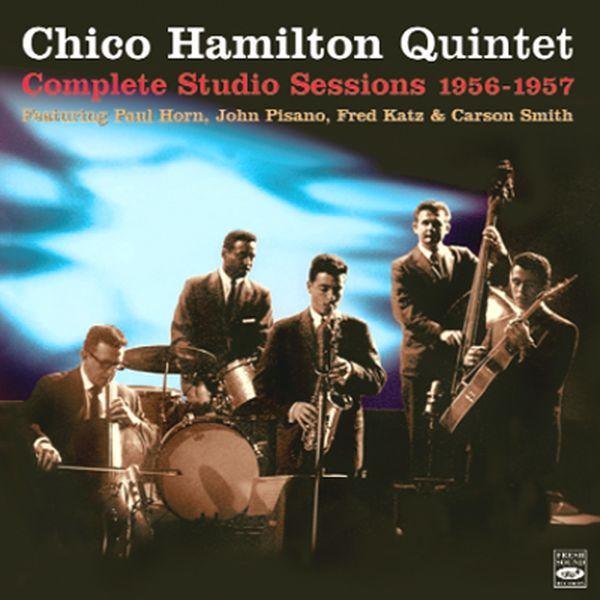 Late in the summer of 1956, Chico Hamilton’s quintet was the hottest new combo in the country following a successful eastern tour which included their appearance at the Newport Jazz Festival. Shortly after returning to Los Angeles, reedman Paul Horn and guitarist John Pisano joined, replacing Buddy Collette and Jim Hall. That Chico’s quintet caught the flavour of the time was underlined by his high-profile appearance in the film Sweet Smell of Success. The new quintet maintained the high standard set by the original formation. “I like the size of the group just as it is,” Hamilton said. “We can play just as funky as can be, then turn around and be dainty and petite. There’s nothing pretentious about it. We’re just trying to play good and in tune. I don’t care if people call it jazz or whatever they want to. We just want to play good music.”