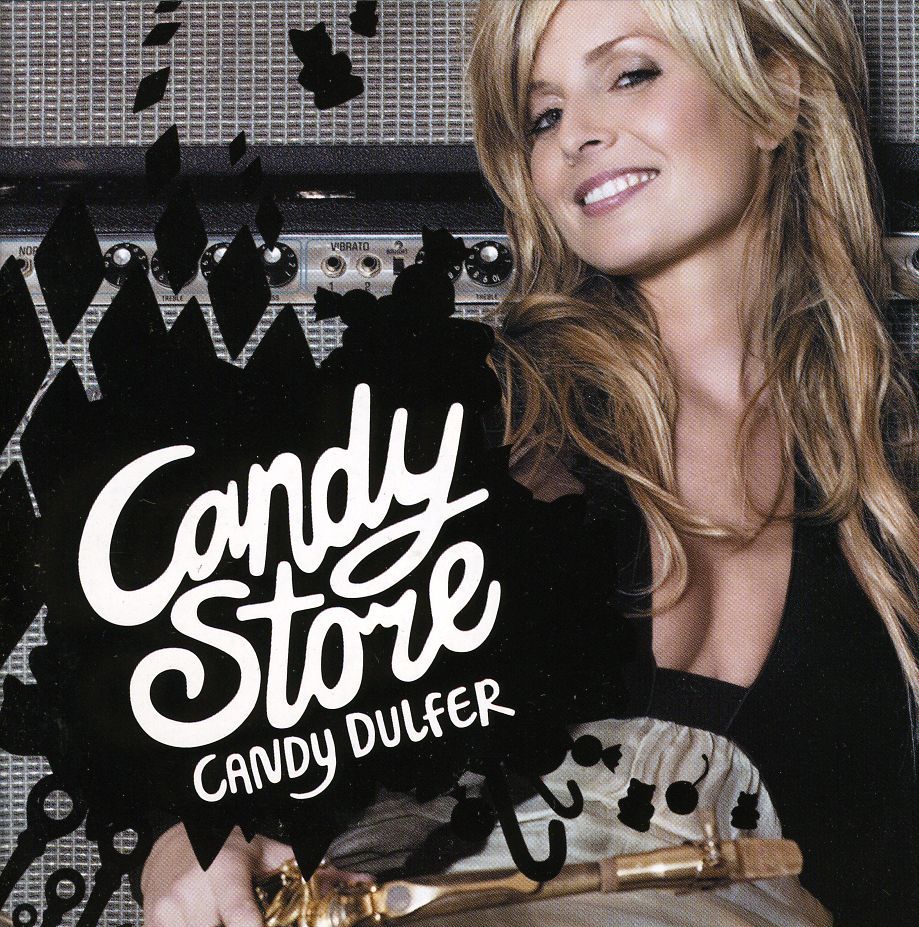 For nearly two decades, Dutch-born saxophonist Candy Dulfer has been mesmerizing audiences in every corner of the world with the combination punch of jaw-dropping performances, show-stopping musicianship and eye-popping sex appeal. Thundering out of the gate in 1990 with the million-plus-seller and GRAMMY-nominated debut album, Saxuality, she has since crafted a string of fine recordings and has worked alongside an impressive and diverse list of collaborators: Prince, Dave Stewart (Eurythmics), Maceo Parker, Van Morrison, Beyonce, Pink Floyd, Aretha Franklin, Joey DeFrancesco and many others.

Dulfer joins the Heads Up label with the June 26, 2007 European and September 18th USA, release of Candy Store, a free-wheeling, high-energy recording that weaves together a diversity of styles by a musician and entertainer who has made high energy and diversity her trademarks.

“The record was sort of born out of the sense of just making music for fun again – which of course is very important for musicians, but sometimes you lose that sense a little bit because of all the details and the business of being a musician,” Dulfer explains. “When you’re successful, it’s great, but it often doesn’t leave a lot of time for creative thinking. My last record had two producers, and they really put their stamp on it. I was happy with the end product, but I like the creative process much more when I’m involved.”

Candy Store is loaded with tasty confections crafted by Dulfer and three collaborators – two fellow Dutchmen and longtime friends, as well as a newcomer from Minneapolis. Guitarist and songwriter Ulco Bed has been writing and recording with Dulfer since Saxuality, while keyboardist Thomas Bank has also been part of the creative team for fifteen years. Keyboardist / bassist / vocalist Chance Howard – a member of Prince’s band, as well as Morris Day’s band, The Time – is the new kid in the store, but a fresh new addition to the songwriting team.

In addition to hip-hop and R&B grooves, Candy Store includes a generous share of Latin flavors with songs like “La Cabana” and “Back To Juan.” Full of rhythm and fire, “La Cabana” is Dulfer’s ode to the Dutch Caribbean islands (Aruba, Curacao and Bonaire). “The islands are half-beautiful and half-strange,” she explains. “The Caribbean is the beautiful part, and the Dutch colonial history is the strange part. It can be a very schizophrenic place. But they give us a place to have our holidays, and it’s beautiful. It’s something that a lot of Dutch people never get to experience back home – the sun, the sea, the whole laid back vibe. ‘La Cabana’ was the name of the hotel where we used to stay when we went there, and we loved it.”

Even more than just a top-shelf saxophone player and composer, though, Dulfer also demonstrates a formidable command at the microphone, delivering solid and confident vocals on the percussive “Summertime” (a track that features a full horn section to complement her sax work) as well as subtle vocal accents on the soulful closer, “Everytime.”

Whether your personal tastes run to R&B or ballads, Latin or funk – or some combination of all these and more – there’s something sweet, and maybe even a little bit addictive, in every corner of Candy Store. “Every song is sort of like a little part of my life, and a little bit of what I feel and live through every day,” says Dulfer. “This is who I am. That’s why I call it Candy Store. People can just pick whatever they like and just listen to it and enjoy it.”
(concordmusicgroup. com)