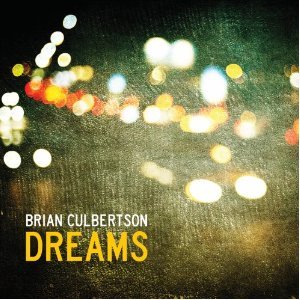 This summer, prolific R&B/Jazz musician Brian Culbertson invites you to close your eyes, open your ears, and fall deep into a lush world of musical fantasy with his breathtaking thirteenth album Dreams (Verve / Universal). With the help of lauded guest vocalists Vivian Green, Noel Gourdin and Stokley Williams of Mint Condition, Dreams masterfully melds jazz sensibility with an R&B flair in a wondrous mélange of enchanting grooves.

The result is a stunning collection of 10 mesmerizing tunes, including the poignant lead single "Still Here" -- featuring the soulful rapture of Vivian Green, telling the passionate tale of how taking a risk on love can have a happy ending. "Your Smile," the album's lead jazz single, is an exquisite rhythmic excursion underscored with an undeniable buoyant groove. Brian recruited the R&B vocal prowess of singer Stokley Williams to enhance the melodic elegance of "No Limits," whose romantic lyrics accentuate the thrill of actualizing an altruistic union. On "You're My Music," Boston-based singer Noel Gourdin pours his thick, soulful vocals over both Brian's shimmering piano chords and bass guitar licks.

With the concept of dreams, Brian felt enraptured in a vivid sequence of thoughts, images, and sensations -- a lifelike realm where radiant colors, sounds, and illusions intersect, creating the most vibrant experience.

"Last summer, I just started having these really vivid dreams, I was waking up inspired to get into the studio and write songs. Songs that made me feel like those dreams. On this whole record, I really concentrated on piano melodies that were really catchy and emotional. Melodies that tried to take you somewhere. On a little musical journey, if you will."

Having worked with an array of stellar R&B artists such as Faith Evans, Ledisi, Brian McKnight, Kenny Lattimore, Musiq Soulchild and Avant on his past albums -- in total, Brian has produced or performed on over 25 No. 1 records, topping the Billboard Charts, regularly appearing as the opening act for Barry Manilow, lauded by Prince, and received six Oasis Jazz Awards.

2012 is certain to be a pivotal turning point in Brian's illustrious career. Dreams holds the key to a new dimension of the jazz listening experience by effortlessly combining elements of R&B and soul with spellbinding melodies and the marvel of inner visions. With Dreams, as with his previous efforts, Brian proceeds to keep the genre of jazz alive and viable by consistently injecting a fresh approach into his own unique sensibility. Dreams definitely proves that jazz and groove fit hand-in-glove.