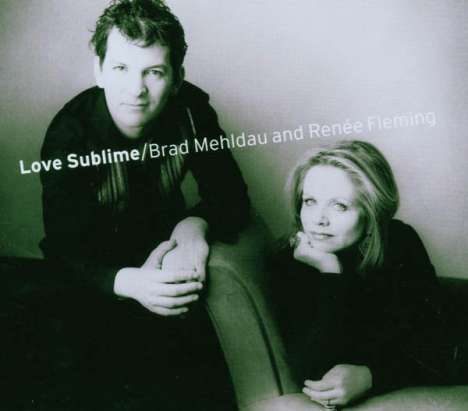 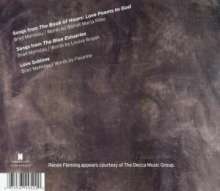 Tord Gustavsen (geb. 1970)
Opening
CD
EUR 18,99*
The Book of Hours: Love Poems to God is a set of early poems written by Rainer Maria Rilke in his early twenties that, fittingly, speak with a younger voice than does his mature work. In a later set of poems like The Duino Elegies, there is, at times, a majestic resignation or a sense of having overcome some great struggle. In contrast, The Book of Hours can impart a feeling of inner strife and unresolved conflict.

The original title of The Book of Hours was simply Gebete—prayers. Rilke struggles to reconcile two strong, opposing impulses in these poems. On the one hand, there is a deep desire for an authentic religious experience, and on the other hand, there is a profound enmity toward the dogmatic, patriarchal entity that is often bound with that same experience. Rilke is seeking out a relationship with God, but that word, “God,” signifies anguish and folly—manmade folly—for him at the same time.

The seven poems that I have selected hone in on the questioning, difficult nature of Rilke’s meditation, and the striving intensity of his experience, with its extremes of ecstasy and turmoil. These poems are the testament of a young person’s evolving spirituality, and they speak to the ambivalence that many of us experience as we question and formulate our beliefs. But this particular young person eventually wrote poems that in all their wisdom and grace impart an almost sacred authority. So we listen closely to Rilke’s youthful voice.

Rilke expresses his ambiguity by varying the way he addresses God throughout these poems. At times, he speaks directly to Him as one would to another person, as in, “Your first word was light,” which I chose to begin the set. In that poem, the familiarity with which the poet addresses his omnipotent Creator is striking, as is the sense of foreboding he conveys. Rilke doesn’t trust the “Word” of God, and he chides God for it, but is he in fact speaking to a deity, or is he addressing man, who has used that Word to justify all sorts of folly?

In “His caring is a nightmare to us,” by contrast, God is spoken about in the third person. He is hopelessly far away, and Rilke cannot reach Him at all. Again, the problem is people and what they do with God’s words: they “only half hear them.” God’s third-person status here, and the distance and misunderstanding between Him and us that Rilke conveys, suggest Gnosticism, with its idea that our judging, fatherly God is in fact an impostor, and that our prayers to him are in vain. A Gnostic strain can be felt throughout The Book of Hours.

These poems came shortly after Rilke’s return from a Russian monastery, where he had been for some weeks. He clearly cherished the solitude, and we feel his aloneness in these poems. He is not afraid of confronting his own pain in that solitude; in fact, he welcomes it. “I love the dark hours of my being,” he explains, because of what that dark period yields when he surrenders to it: “Then the knowing comes: I can open / to another life that’s wide and timeless.” There, Rilke alludes to a kind of gnosis—a grasping of some deeper truth that is not available to us in everyday reality, a knowledge that he is granted by simply being ready and unafraid.

Throughout these poems, Rilke sometimes hovers around the periphery of that experience, sketching its contours for us. In “The hour is striking so close above me,” the mere potentiality of gnosis is the subject. The gnosis itself becomes the Godhead for the poet at these points: a moment of grace, maybe only fleeting. In that holy moment, for Rilke, “…there’s a power in me / to grasp and give shape to my world.” God is viewed in yet another light here. Rilke has abandoned the dualism of himself and a God that stands apart from him; rather, he suggests, we form God within ourselves in a perpetual act of creativity.

In spite of his deep humanism and his palpable distrust of organized religion and its accompanying dogma, Rilke never shies away from a genuinely religious experience, that is, one in which he will lose himself completely. In “Extinguish my eyes, I’ll go on seeing you,” there’s no trace of ambivalence in Rilke’s devotion; he is ready for anything, even if it means his own immolation. I chose this poem to come last because it directly expresses the passion that lies within all of these poems. That passion is nothing less than a thirst for God.

Renée Fleming introduced me to the 20th-century American poet Louise Bogan. The three poems from Bogan that I have set come from The Blue Estuaries, a collection she compiled herself toward the end of her life as a retrospective of her strongest work from 1923 to 1968. Even on its own, her poetry seems musical to me: simply reading the lilting iambic tetrameter of “A Tale,” for example, suggests song. Often, Bogan favors words with only one syllable, giving the rhythmic placement of the individual syllabic sounds greater significance. The strict economy of Bogan’s language is sharply contrasted by the dense amount of actual content that is communicated. The poems are full of finely wrought ideas and emotions that may be multilayered and full of contradictions, but the austere beauty of the meter and the word choice make the complexity poignant. “Tears in Sleep” in particular illustrates this constant divergence in sound and sentiment that marks her style.

The subjective immediacy and emotional ambivalence of the narrator in a poem like “Tears in Sleep” are unmistakably modern, yet Bogan’s mastery of meter and rhyme and the formal economy of her poems reveal a deep grasp of tradition. Likewise, my musical settings are unified by traditional formal gestures. Each has a short piano introduction before the vocal entrance, and brief piano interludes comment on each stanza; or, in the case of “Tears in Sleep,” I split the poem into three-line sections. This gives the songs a strophic aspect—“Memory” being the most literally strophic with three verses and a coda. “A Tale” alters and develops the material of the opening stanza throughout the song and is the most expansive of the three, following the contours of the heroic sonnet form of the poem, with its “break” between the third and fourth stanzas.

One starting point for finding the rhythm of the vocal phrases in both sets of songs was to imagine them being spoken. In particular, the free verse of Anita Barrows and Joanna Macy’s simply rendered Rilke translations has a conversational aspect. I “talked out” all the poems before and during the composition, speaking them myself, applying the rhythms of natural speech to the vocal line.

My deep love of the genre of art song informs everything I wrote here. Other sources of inspiration, specifically for the rhythmic phrasing of the vocal line, came from singers that I admire who are not beholden to a literal interpretation of a music text. In their partially improvised performances, much of their style is determined by rhythmic displacement—by the way a particular singer’s phrases begin, unfold, and end ahead or behind the expected, metrically “correct” place in time. Translating an improvisatory style of singing to paper was appealing to me, precisely because I’ve left nothing to chance and there is no improvisation involved. I was able to take advantage of the written-out aspect of a full-scale composition to elaborate with a fair degree of specificity on some of the vocal styles I grew up listening to, performances where the melody was never so specifically written out.

“Love Sublime,” is the one exception, and we used a chart, or lead sheet, more commonly found in jazz or pop music, where the melody, lyrics and chord symbols are given, and the rest is fleshed out in the performance. (It would be disingenuous, though, to say that my piano part here was simply off the cuff: particularly in my solo passage that restates the melody, I’m roughly following an arrangement that has been under my fingers for a few years now.) This song originally had no words and appeared on a record of mine called Places, under the original title of “Paris.” My wife, the singer and lyricist Fleurine, wrote the lyrics here and gave the song new meaning for me. Here, the rhythmic looseness of Renée’s phrasing is all her own; her ease in this kind of setting is a testament to her experience with jazz singing. Having said that, “Love Sublime” takes its cue more from 19th-century music, and out of all the songs here, wears its influences most overtly. It is my tribute of sorts to art song as a genre, and to everything that I’ve absorbed and love about that mode of musical expression. (Brad Mehldau auf bradmehldau. com)