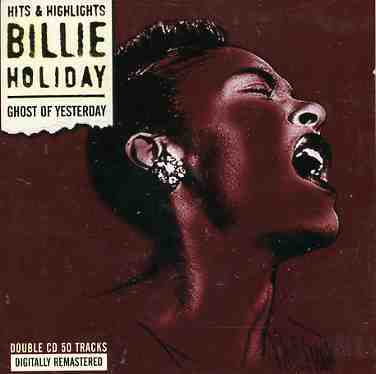 *** digitally remastered
Billie Holiday was perhaps the greatest female jazz singer of all time. Her uniquely languid, naturalistic phrasing and a bottomless reservoir of emotion combined to form a riveting connection with her audience that has never been matched. From her death by heroin overdose in 1959 to the present day, any woman who has picked up a microphone to croon has, whether aware of it or not, done so in the considerable shadow of Billie Holiday. Blue Orchid have invested in a custom built studio, the latest PC hardware and advanced restoration software. Our lead audio technician is also sympathetic to the special requirements of Blue Orchid, "We want to retain the quality of the original recordings, yet remove the technical limitations that made hiss, clicks and crackles commonplace on the early media used". This is the first release in the 'Hits & Highlights' series from Blue Orchid. Each release includes extensive sleeve notes especially commissioned for the series and full details of the recordings compiled on the releases. Forthcoming releases from the 'Hits & Highlights' series include Yma Sumac, Marlene Dietrich, Billie Eckstine, Peggy Lee, Les Paul & Mary Ford as well as a second volume from Billie Holiday.