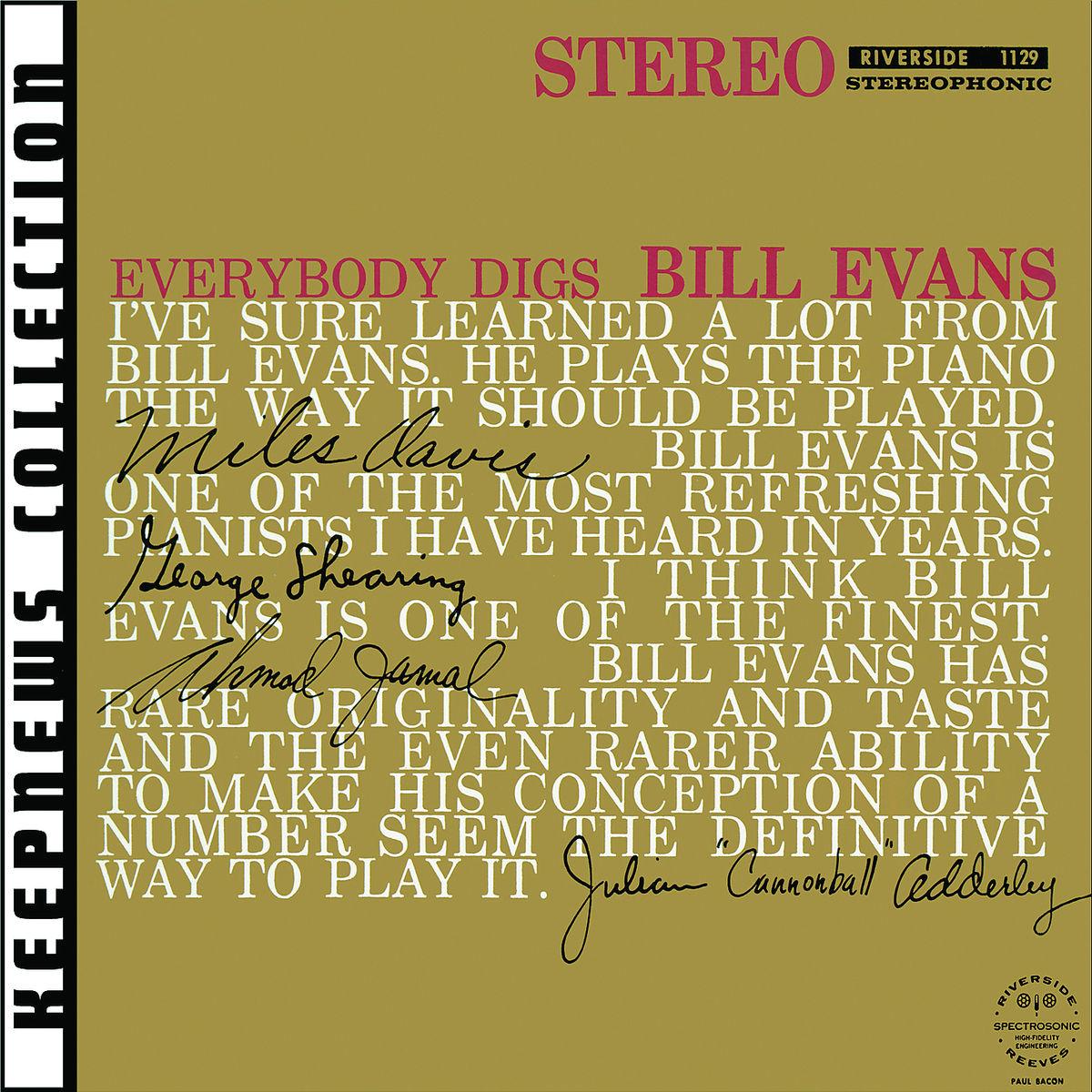 The legend of Bill Evans really begins with this album, his second. The pianist had just spent most of 958 as part of one of the major units in jazz history: the Miles Davis Sextet that also featured John Coltrane and Cannonball Adderley. His fellow musicians already knew his worth (the album title was almost literally accurate, and the four endorsements on the cover, which embarrassed Bill, could easily have been greatly multiplied); with this record, the jazz public began to follow their lead. Aided by Sam Jones and Philly Joe Jones, Evans set down some of his most swinging trio sides, but the session would be memorable if it had only yielded the remarkable and haunting solo improvisation called "Peace Piece."