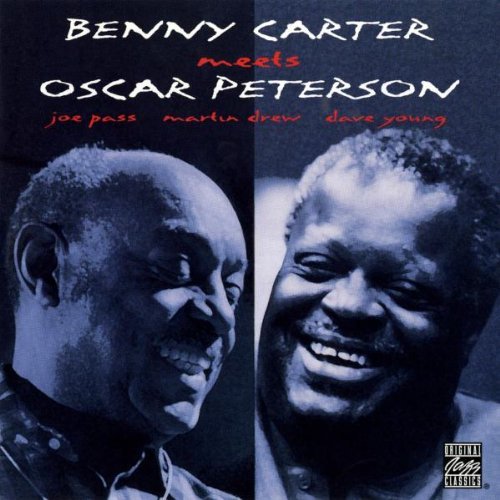 Benny Carter (1907-2003)
Further Definitions (SHM-CD)
CD
EUR 19,99*
A whippersnapper of only 79 when he recorded this album with Oscar Peterson in 1986, Benny Carter continued to astonish the world with his power and creativity. Peterson welcomed Carter's suggestion that they record together after a hiatus of many years. The rhythm section is Peterson's working trio of the mid-1980s, augmented on guitar by Oscar's frequent partner Joe Pass. The repertoire consists of standards and a blues, all converted into expressions of the personalities of these giants. Over the years a great deal has been made of Carter's elegance and polish, his suaveness and urbanity. Urbanity, of course, does not necessarily imply lack of muscle and conviction, both of which run through Carter's work here. He is a match for Peterson in strength and swing. As Cannonball Adderley once said in admiration of Carter, that's a bad old man.