Bennie Maupin: The Jewel In The Lotus 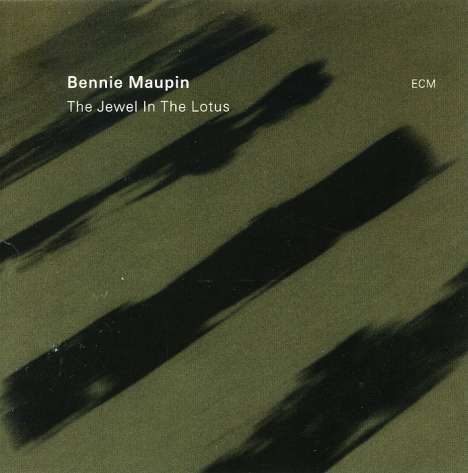 Weitere Ausgaben von The Jewel In The Lotus

Bennie Maupin was one of the first musicians to record for ECM, playing on Marion Brown’s “Afternoon Of A Georgia Faun” in August 1970, when the label was just a few months old.
“The Jewel In The Lotus”, made four years later, was Maupin’s first date as a leader, but he had already left his imprint on some very significant recordings. Born in Detroit in 1940, Maupin was encouraged in his early musical development by Yusef Lateef, John Coltrane and Eric Dolphy. Jack DeJohnette introduced him to Miles Davis, and Bennie’s bass clarinet was to become one of the signature sounds of the epochal “Bitches Brew”; he also appeared on Miles’s “On The Corner” and “Big Fun”.
The early 70s, however, were spent mostly working with Herbie Hancock’s ensembles - the Mwandishi group and the Headhunters - and the line-up on “The Jewel In The Lotus” is essential a pooling of players from the Hancock circle, including Herbie himself in his only ECM appearance. If Hancock’s groups were beginning to lean toward funk in this era, the groove – even with three percussionists interacting - is often dispatched altogether on “The Jewel In The Lotus”, which is essentially a sequence of pulsing tone-poems, full of glowing, compound sound-colours and subtle interactions, a jazz-and-Buddhism-inspired floating chamber music that was way ahead of its time. The recording shows Maupin very much concerned with the totality of the musical conception, with the form as a whole. He is an exceptional improviser, thinking compositionally and directing group music in the moment.

Said Down Beat in 1975: “On ‘The Jewel In The Lotus’ the sound is supreme, and all the players strive to achieve a thorough blending.” Produced by Manfred Eicher in New York in 1974 and, for its first CD appearance, remastered by Eicher with Jan Erik Kongshaug in Oslo in February 2007.

Bennie Maupin
The Jewel In The Lotus (Touchstones)
CD
EUR 9,99*