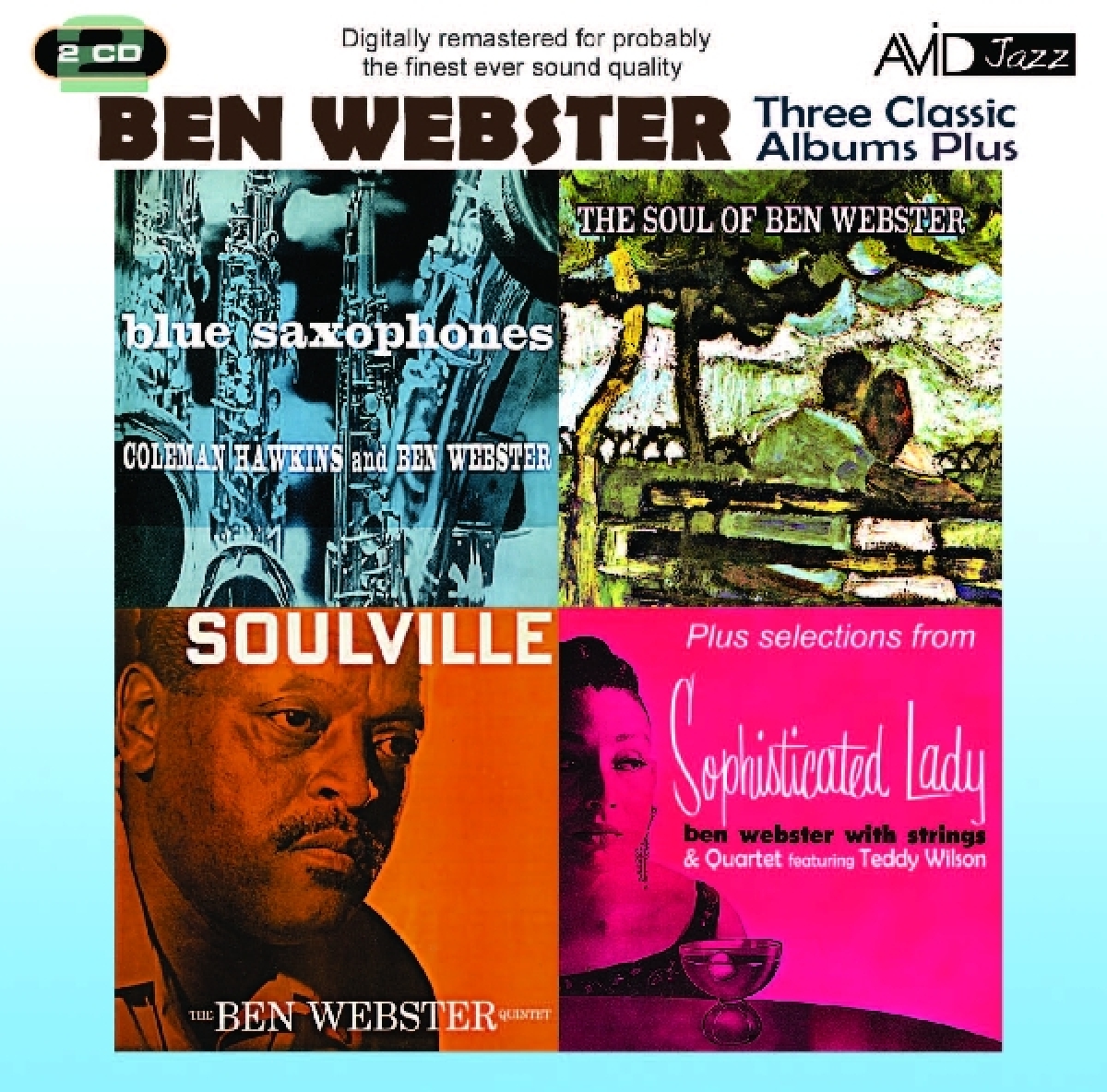 “Blue Saxophones”…………Take the Oscar Peterson Trio with Alvin Stoller on drums, add two of the greatest tenor saxophonists who ever lived, Coleman Hawkins and Ben Webster and voila………you have Blue Saxophones! Two masters together in 1957, one (Hawkins) a huge influence on the other (Webster), but now, both very much their own men. As the final paragraph of Charles Fox’s liner notes attests “This is tenor playing in the grandest of manners, unashamedly romantic, even sensuous, with both musicians constructing their solos firmly and audaciously.”

“Soulville”………Ben is once again joined by the Oscar Peterson Trio for another 1957 date. This time sitting in on drums is Stan Levey, in Bens own words “he’s improved since I heard him on the Street years ago.” Ben of course is a huge fan of Peterson…..”the guy can play a lot as a soloist but when it comes time for you to play a solo, he plays for you.”

“The Soul Of Ben Webster”………..Here we find Ben joined by fellow tenor man Harold Ashby alongside among others Art Farmer on trumpet and Jimmy Jones on piano in a 1958 blowing date. As Benny Green reminds us in his liner notes “in a way the story of Ben Webster is the story of jazz itself over the last twenty years.” Great new and exciting players will always emerge but we must never forget the original practitioners like Webster, Young and Colman Hawkins and this fine album reminds us that Ben Webster was truly one of the jazz greats! “Sophisticated Lady” (Ben Webster with Strings & Quartet featuring Teddy Wilson)………………Unfortunately we cannot feature quite the entire album but we thought you would appreciate listening to some fine Ben Webster playing with strings. Alongside among others Teddy Wilson, Billy Strayhorn, George Duvivier and Louis Bellson and on some tracks accompanied by 3 violins, 1 viola and 1 cello listen as Ben performs classic songs including two numbers by his old boss Duke Ellington.

All three albums plus have been digitally re-mastered for probably the finest ever sound quality!