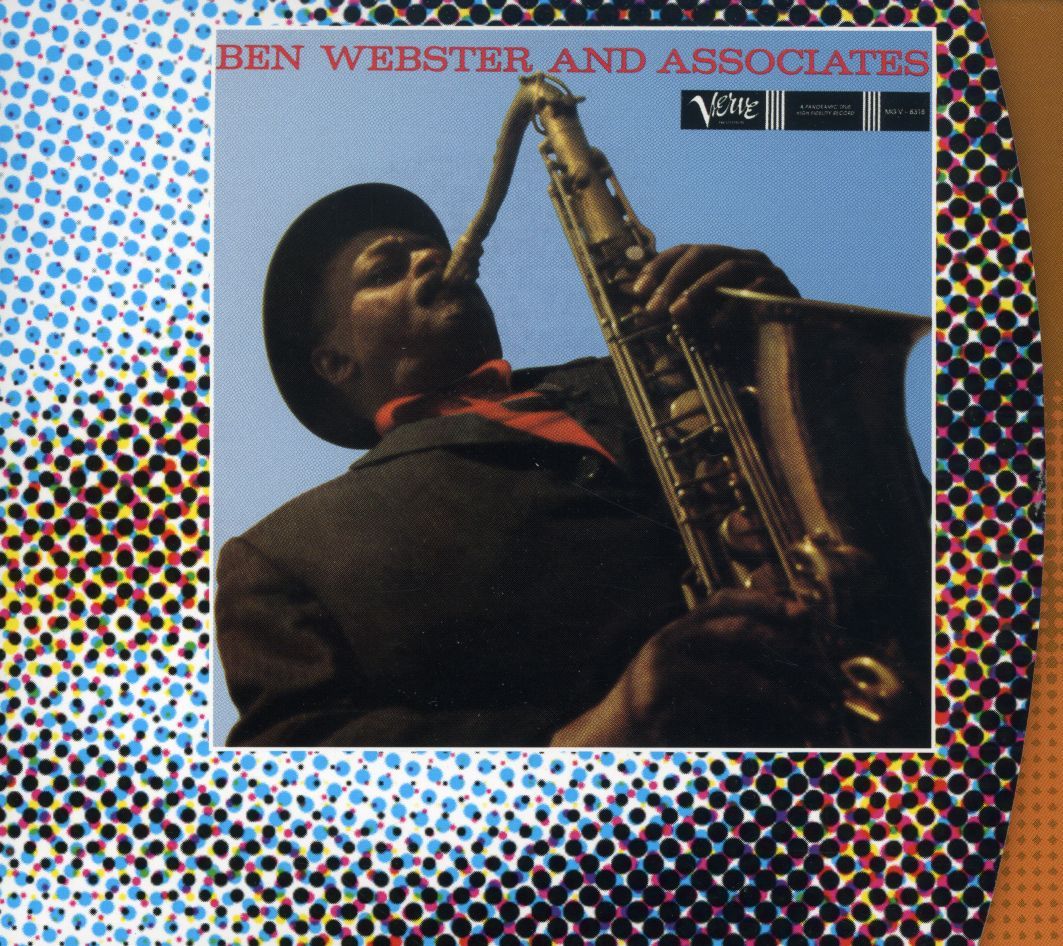 Ben Webster (1909-1973)
Valentine's Day 1964 Live (Limited Numbered Edition)
LP
EUR 38,99*
+ Roy Eldridge, Coleman Hawkins, Budd John-
son, Jimmy Jones, Les Spann u.a.
The concept of two tenor saxophone soloists performing in tandem, an approach that highlighted the contrasting textures of their styles, had its popular origins in the Swing Era. When the great tenors of that time had the cnace to stretch out together int he LP format, the results showed not just just how rich and individual soloists' voices were but how deep a mutual affinity they could display.

Behold, then, this end-of-decade summit to end all summits: not just Ben Webster and Coleman Hawkins, the two greatest surviving exponents of the tenor saxophone, but a third master, the tragically under-recorded Budd Johnson. The three saxophone masters, joined by the indefatigable Roy Eldridge, stretch out luxuriantly on the marathon "In a Mellow Tone" with spectacular results.

On this 1959 release, we hear Ben Webster with his idol Coleman Hawkins and legends Roy Eldridge (trumpet), Ray Brown (bass), and Jo Jones (drums). Tenor great Budd Johnson also appears on this CD (the only other swing era tenor giant who is missing from this session is the inimitable Lester Young!).

This famous release is a celebration of the saxophone and the jam session, which are staples in jazz. These musicians embark on a musical journey that is as exciting as it is adventurous. While the music sticks pretty much within the boundaries of "mainstream jazz," it is apparent that these players are all inspired by their surroundings.

Much of this CD is a healthy blowing competition between the horns. They sometimes spurn each other on; other times, they act as foil. The result is a batch of tunes (five total) that really swing. Highlights include the intense "Young Bean" and "De-Dar." On the ballad, "Time After Time" Johnson and Coleman sit out, leaving Webster to break our hearts all by himself.