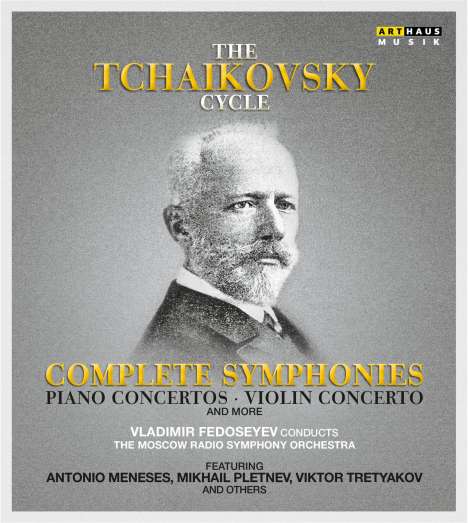 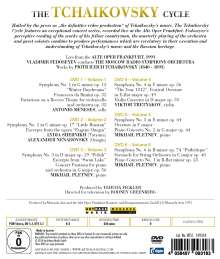 lieferbar innerhalb einer Woche
(soweit verfügbar beim Lieferanten)
-20%
EUR 49,99**
EUR 39,99*
Versandkosten
A wonderful collection of Tchaikovsky’s best works, including all of the Symphonies, the two spectacular Piano Concertos and his Violin Concerto. Hailed by the press as "the definitive video production" of Tchaikovsky’s music, The Tchaikovsky Cycle features an exceptional concert series, recorded live at the Alte Oper Frankfurt. Fedoseyev’s perceptive reading of the works of his fellow countryman, the masterly playing of the orchestra and guest soloists combine to produce performances which are revelatory in their execution and understanding of Tchaikovsky’s music and the Russian heritage.