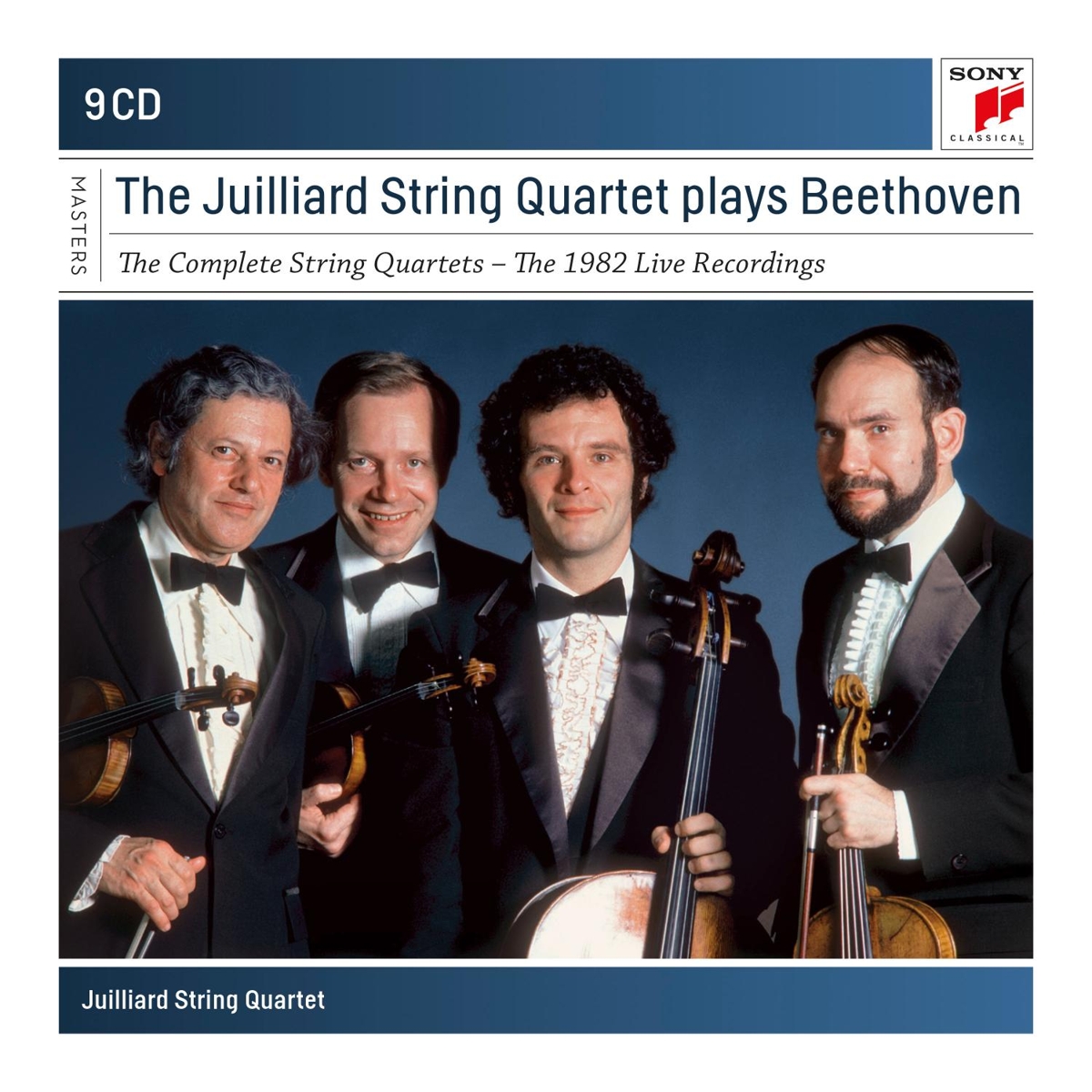 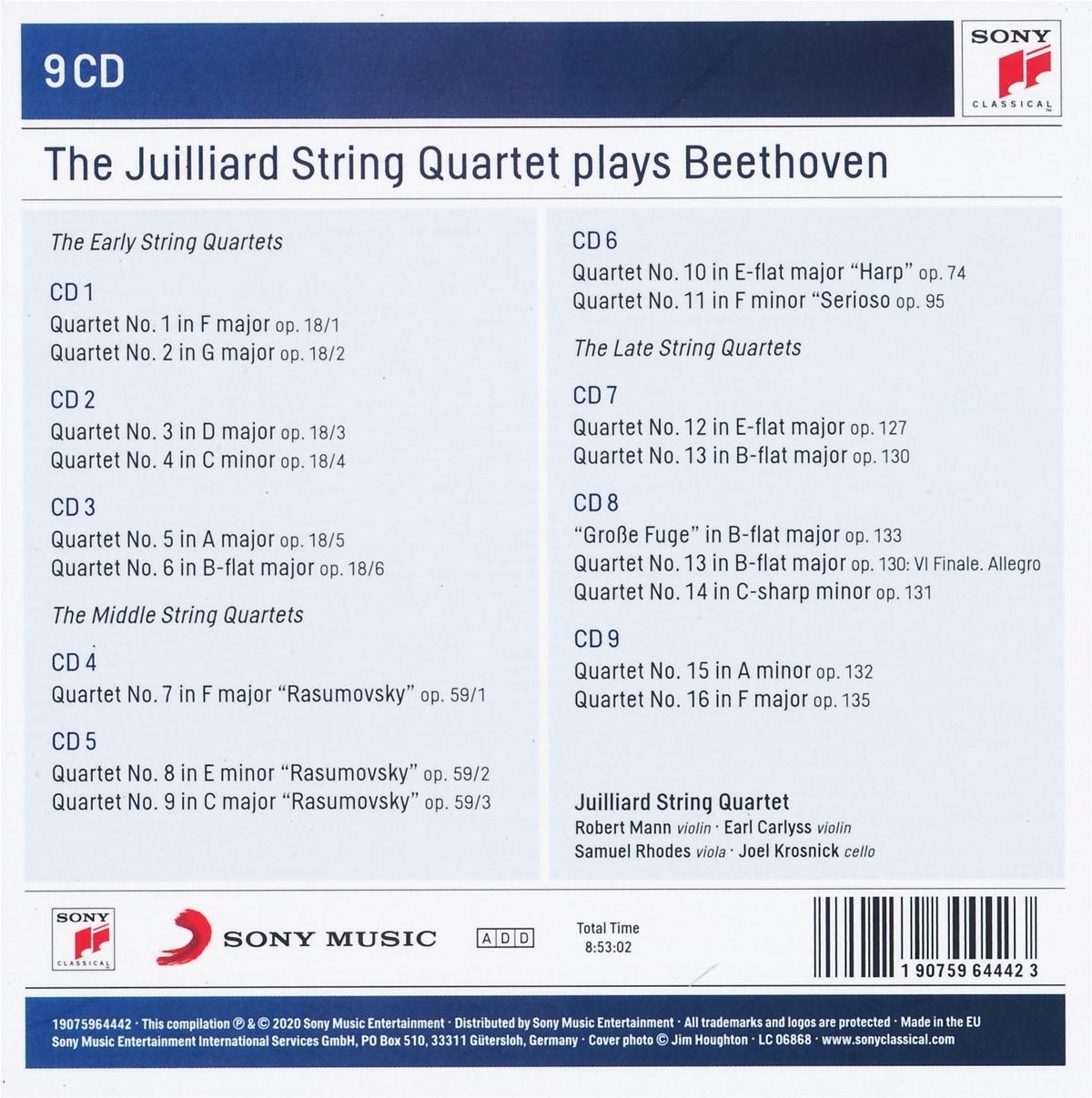 It was in 1964 – a few years after an early foray into Beethoven with four of the works for RCA Victor’s Red Seal label – that the Juilliard String Quartet embarked on this complete Beethoven set. They started out with the three “Razumovsky” and “Harp” quartets, which Columbia released the next year on its subsidiary Epic label (previously released in: Juilliard String Quartet – The Complete Epic Recordings 1956-66). The six “Early Quartets”, op. 18, followed in 1968–69; the “Late Quartets” in 1969–70, along with op. 95 to complete the set of “Middle Quartets”. By now all the Juilliard recordings were appearing on Columbia Masterworks, including their Beethoven in three separate volumes. In celebration of the 250th anniversary of Beethoven’s birth, Sony Classical is pleased to present the Juilliard’s complete cycle in a single box, with 6 LPs appearing for the first time on CD, newly remastered from the original analog masters using 24 bit / 192 kHz technology. And writing in 1979 about a limited LP release of their complete Beethoven cycle, Gramophone observed: “There is impeccable intonation, everywhere, and a standard of ensemble playing which is second to none and shows why the Juilliard enjoys a reputation as one of the world’s most renowned quartets.” • The first ever release of the Juilliard String Quartet’s 1964-1970 Beethoven cycle, in a single 9 CD edition • 6 LPs appearing for the first time on CD, remastered from the original analog masters using 24 bit / 192 kHz technology • Facsimiles LP-sleeves and –labels, booklet with new essay by string expert Tully Potter and full discographical notes