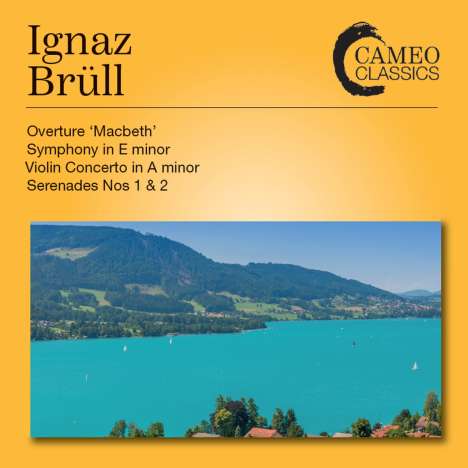 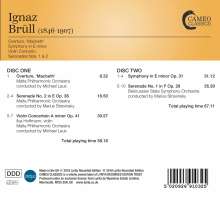 umgehend lieferbar, Bestand beim Lieferanten vorhanden
EUR 15,99*
Versandkosten
Ignaz Brüll was born on 7 November 1846 in the town of Prossnitz in Moravia. In 1850 his family moved to Vienna. His parents were both very musical and soon realised that the young Ignaz had great musical skills. Brüll's mother encouraged him by giving him his first piano lessons, but it was evident that he required more professional tuition, and he became a pupil of Professor Julius Epstein. Later he would study under Anton Rufinatscha and then Otto Dessoff. By the age of 14 he had composed his first piano concerto.
Being based in Vienna had many advantages, the most apparent being the contact with so many prominent and influential composers, performers and conductors. Brüll and Johannes Brahms became firm friends, a friendship which lasted until Brahms' death. Even Brahms’ orchestral works, including the symphonies, were first played by Brahms and Brüll on two pianos for friends and publishers.
Brüll wrote over 100 works for solo piano, many orchestral and chamber works and numerous operas. Sadly, nearly all his works have been ignored by the music establishment for more than a century, and the public have been denied access to Brüll's qualities which were so evident to Brahms. Even his close friendship with Brahms could not save him from the anti-Semitism being fuelled by Wagner and Liszt during the 19th century. Hitler idolised Wagner, and he ordered that music scores of Jewish composers be found and burnt. Fortunately for us, many of them were well hidden. Brüll deserves perhaps to be positioned alongside his friends Mahler and Schumann, and the closest of all, Johannes Brahms.