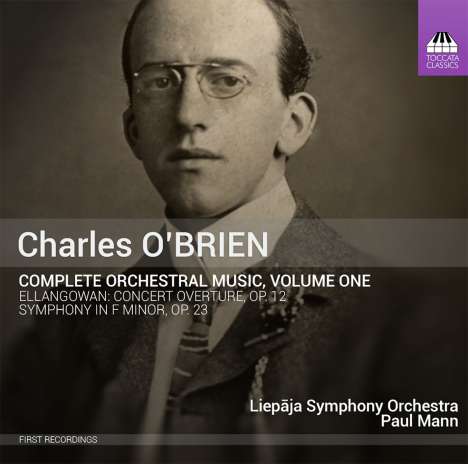 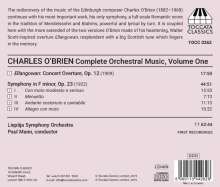 versandfertig innerhalb von 1-3 Tagen
(soweit verfügbar beim Lieferanten)
EUR 15,99*
Versandkosten
The rediscovery of the music of the Edinburgh composer Charles O’Brien (1882–1968) continues with his most important work, his only symphony, a full-scale Romantic score in the tradition of Schumann and Brahms, powerful and lyrical by turn. It is coupled here with the later, more extended of the two versions O’Brien made of his heartening, Walter Scott-inspired overture Ellangowan, resplendent with a big Scottish tune which lingers in the memory.

"O’Brien’s only symphony is a work that Mendelssohn and Reinecke would have understood as well.​ The brief Menuetto has genuine charm and features some extremely clever woodwind writing - this from a man who also clearly knew his Mendelssohn like a book - while the slow movement, “over which the spirit of Elgar gently hovers” (to quote Mann again) is both eloquent and deeply affecting, though the model here seems less Elgar than Parry (which makes perfect sense of course, as Parry—like O’Brien—was an unapologetic Brahmsian).​ Even more attractive is the 18-minute Ellangowan Overture.​ O’Brien’s music is full of Highland rhythms and folk-like themes.​" (Fanfare Magazine)