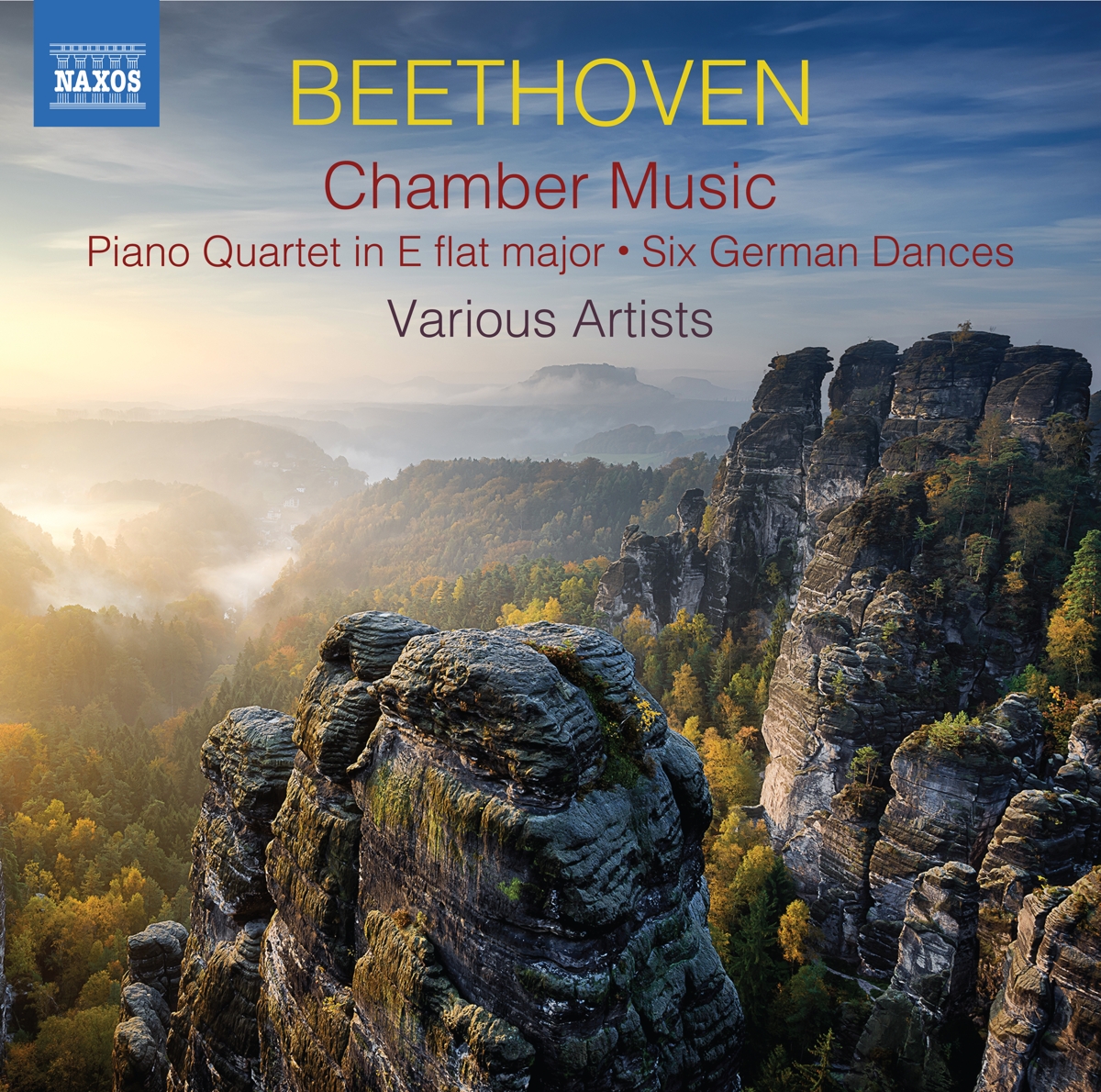 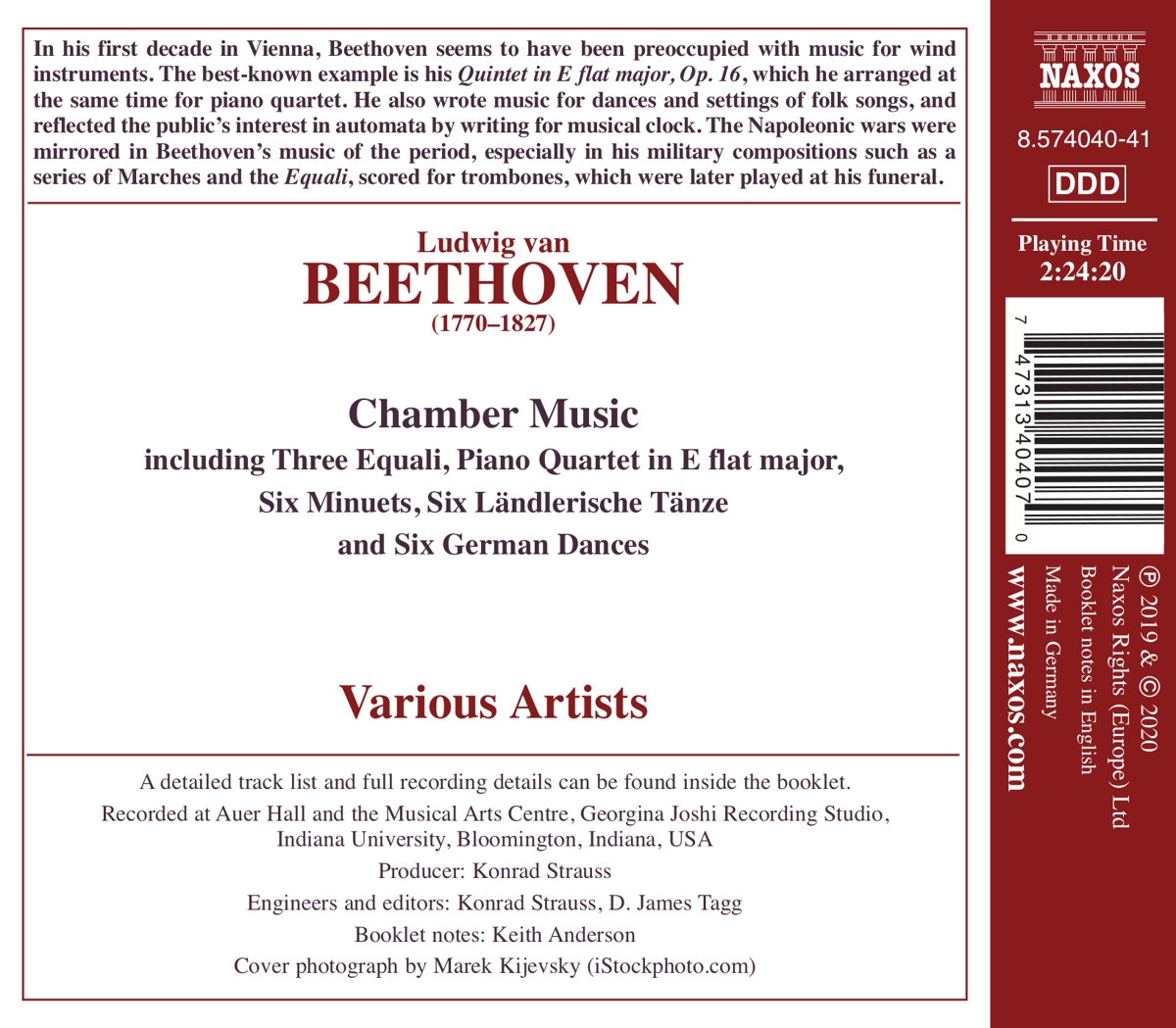 In his first decade in Vienna, Beethoven seems to have been preoccupied with music for wind instruments. The best-known example is his Quintet in E flat major, Op. 16, which he arranged at the same time for piano quartet. He also wrote music for dances and settings of folk songs, and reflected the public’s interest in automata by writing for musical clock. The Napoleonic wars were mirrored in Beethoven’s music of the period, especially in his military compositions such as a series of Marches and the Equali, scored for trombones, which were later played at his funeral.