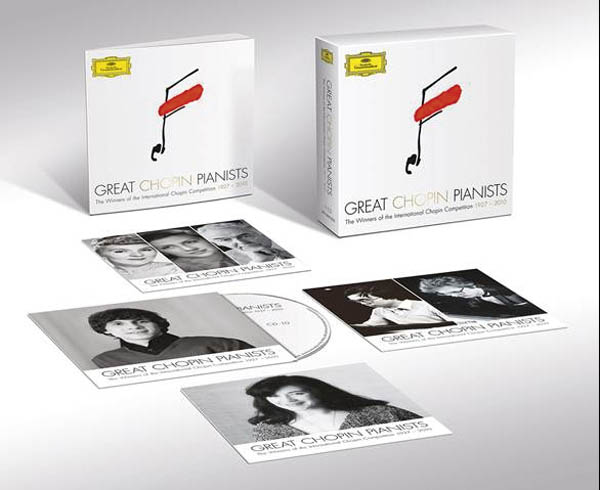 The International Chopin Competition in Warsaw, one of the world's greatest piano competitions, has produced many illustrious winners and exceptional artists. Here, in an 11-CD box, is a broad survey of the winners from 1927, when the competition began, to 2010. The Edition includes many classic recordings and a series of live recordings, several from the original Competitions themselves, featuring the great Garrick Ohlsson and the most recent winner Yulianna Avdeeva – both appearing for the first time in any format. Also featured are two CDs from the early winners of the Competition (1927 – 1955), that fully capture the Chopin piano tradition of earlier times – highlights include Halina Czerny-Stefanska's First Piano Concerto and selections from Lev Oborin (1927), Alexandre Uninsky (1932) and Yakov Zak(1937).