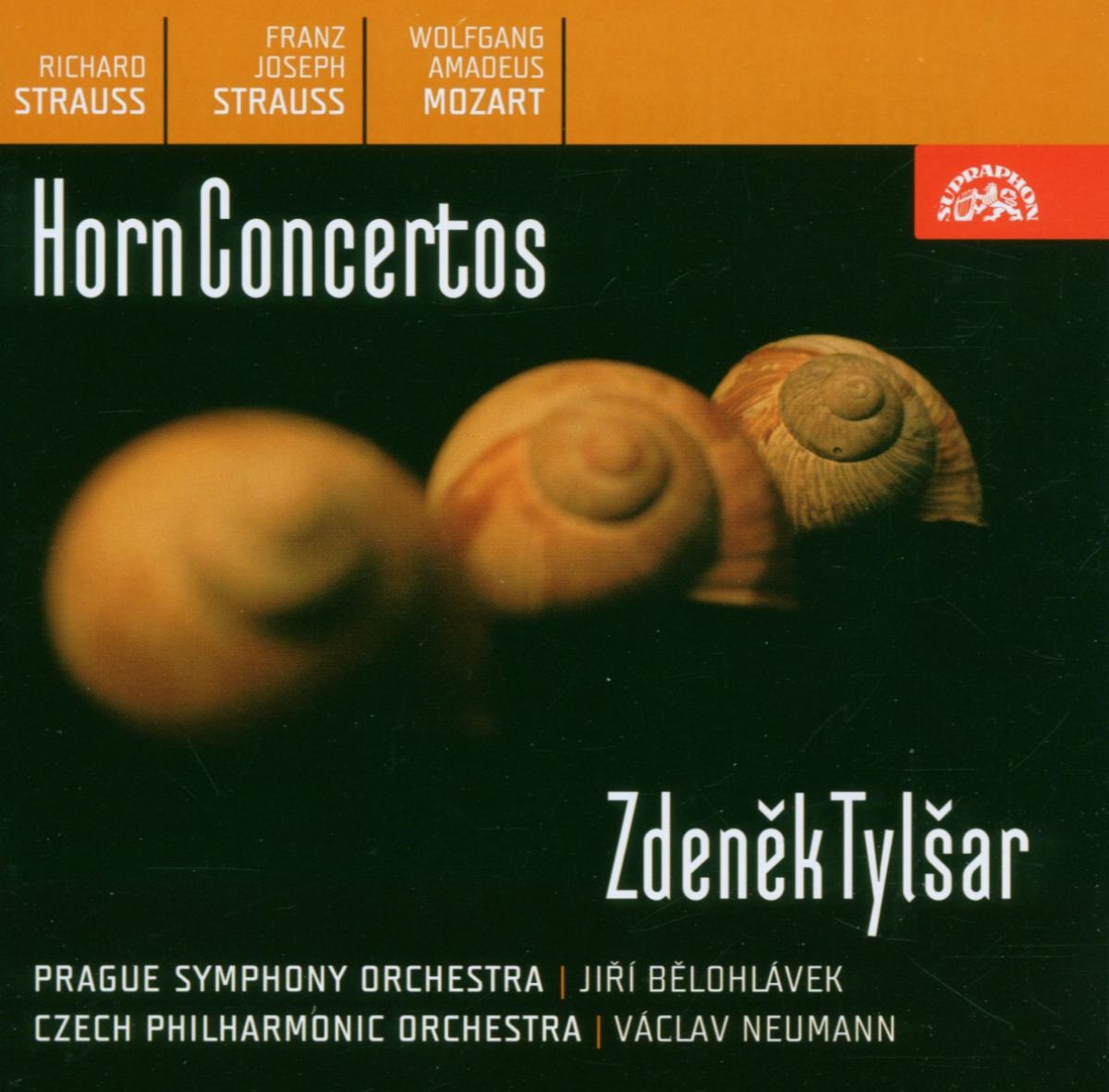 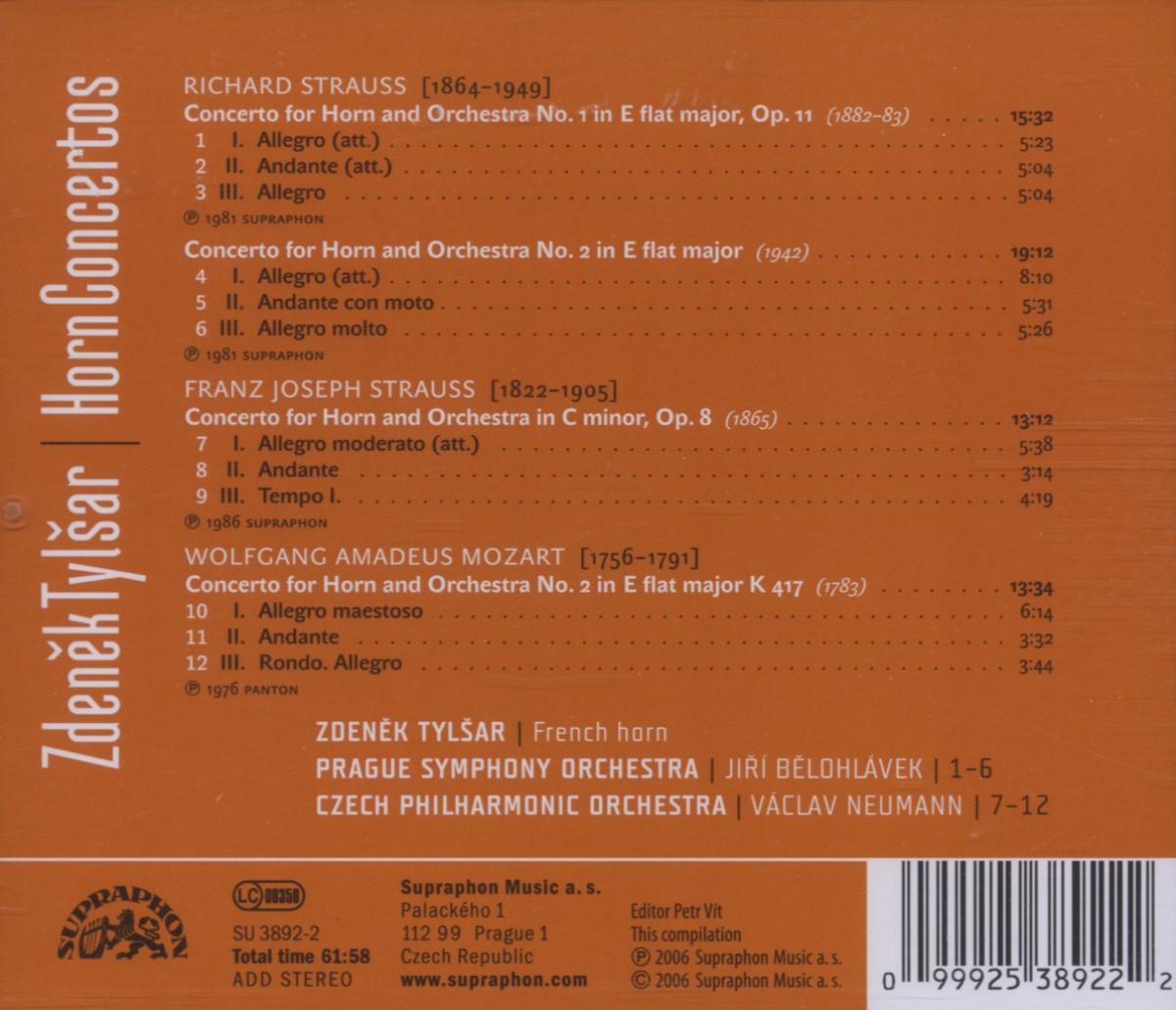 Bewertung:
versandfertig innerhalb von 1-3 Tagen
(soweit verfügbar beim Lieferanten)
EUR 12,99*
Versandkosten
This set of four concertos for French horn and orchestra, magnificently played by longtime horn soloist of the Czech Philharmonic Zdenek Tylsar, represents a mere fraction of what this extraordinary, world-class musician has recorded for Supraphon. Mozart's Concerto in E flat major, K 417 is a proving ground for French horn players, a piece which demands technical brilliance, and Tylsar manages the solo part in grand style. The two concertos by Richard Strauss are the cornerstone of every solo French horn player's repertoire, and Tylsar's performance of these concertos was unparalleled in his day. The Concerto by Richard Strauss' father F. J. Strauss also provides the soloist with an opportunity to develop his playing technique and tone culture to the fullest. These concertos, recorded in the late 1970's and early 1980's when Tylsar was at the peak of his career, were originally released on LP's and have been digitally remastered for CD for the first time ever. They are proof that Zdenek Tylsar ranks among the world's French horn elite even today.