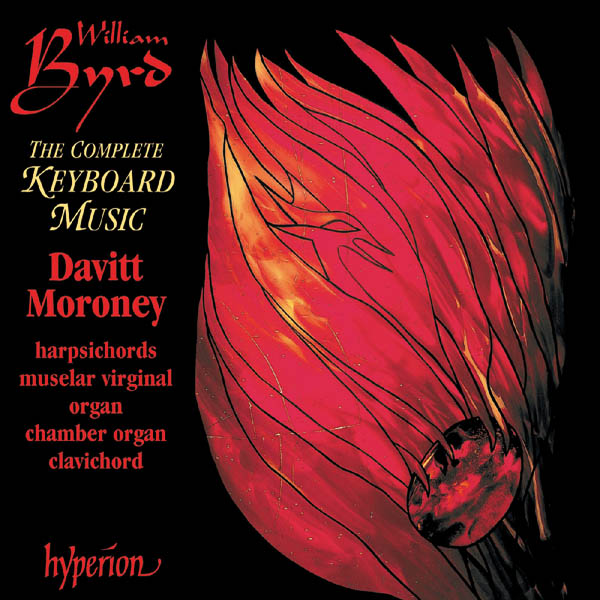 The Gramophone Award-winning artist, Davitt Moroney has spent more than fifteen years planning this momentous project and Hyperion are proud to be able to bring Davitt’s wealth of expertise and musicianship to the label.

As an authentic complete survey of this music, six different instruments have been used for the recording – two different harpsichords, muselar virginal, clavichord, chamber organ, and the Ahrend organ at L’Église-Musée des Augustins, Toulouse, France (where the huge and high nave creates an echo that lasts for nearly fifteen seconds, not unlike the acoustic at Lincoln Cathedral where Byrd was the organist and master of the choristers).

According to ancient legend, the phoenix (an image Byrd used in his first publication in 1575) is reborn from the centre of a blazing fire every five hundred years. Byrd, indeed, had to wait nearly as long before modern editions, concerts and recordings have been able to bring his music back to life. Davitt Moroney is the perfect musician for the job.