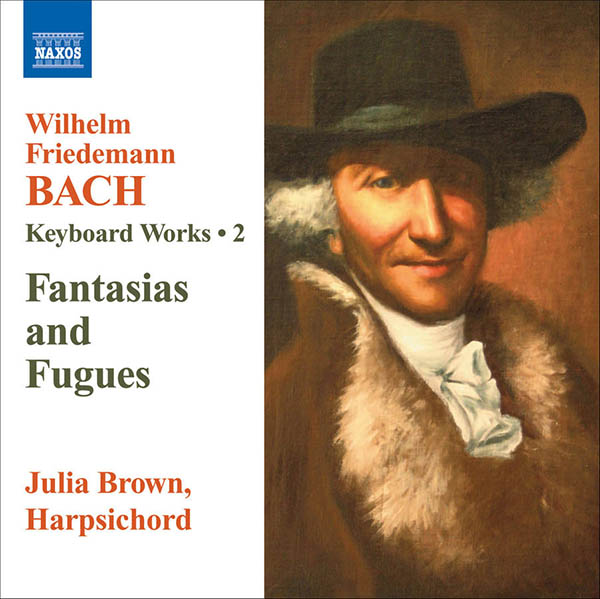 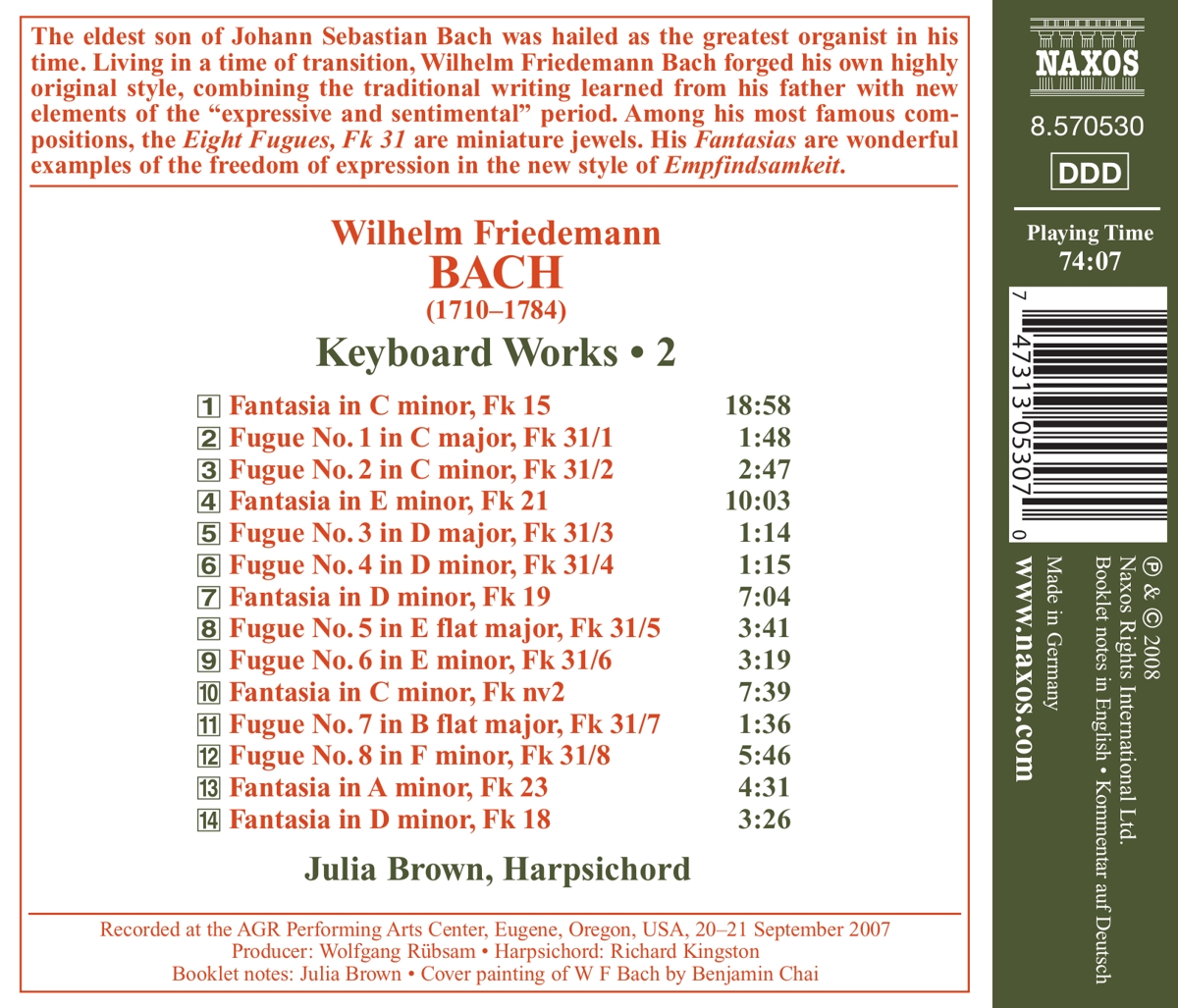 Bewertung:
umgehend lieferbar, Bestand beim Lieferanten vorhanden
EUR 7,99*
The eldest son of Johann Sebastian Bach was hailed as the greatest organist in his time. Living in a time of transition, Wilhelm Friedemann Bach forged his own highly original style, combining the traditional writing learned from his father with new elements of the "expressive and sentimental" period. Among his most famous compositions, the Eight Fugues, Fk 31 are miniature jewels. His Fantasias are wonderful examples of the freedom of expression in the new style of Empfindsamkeit."