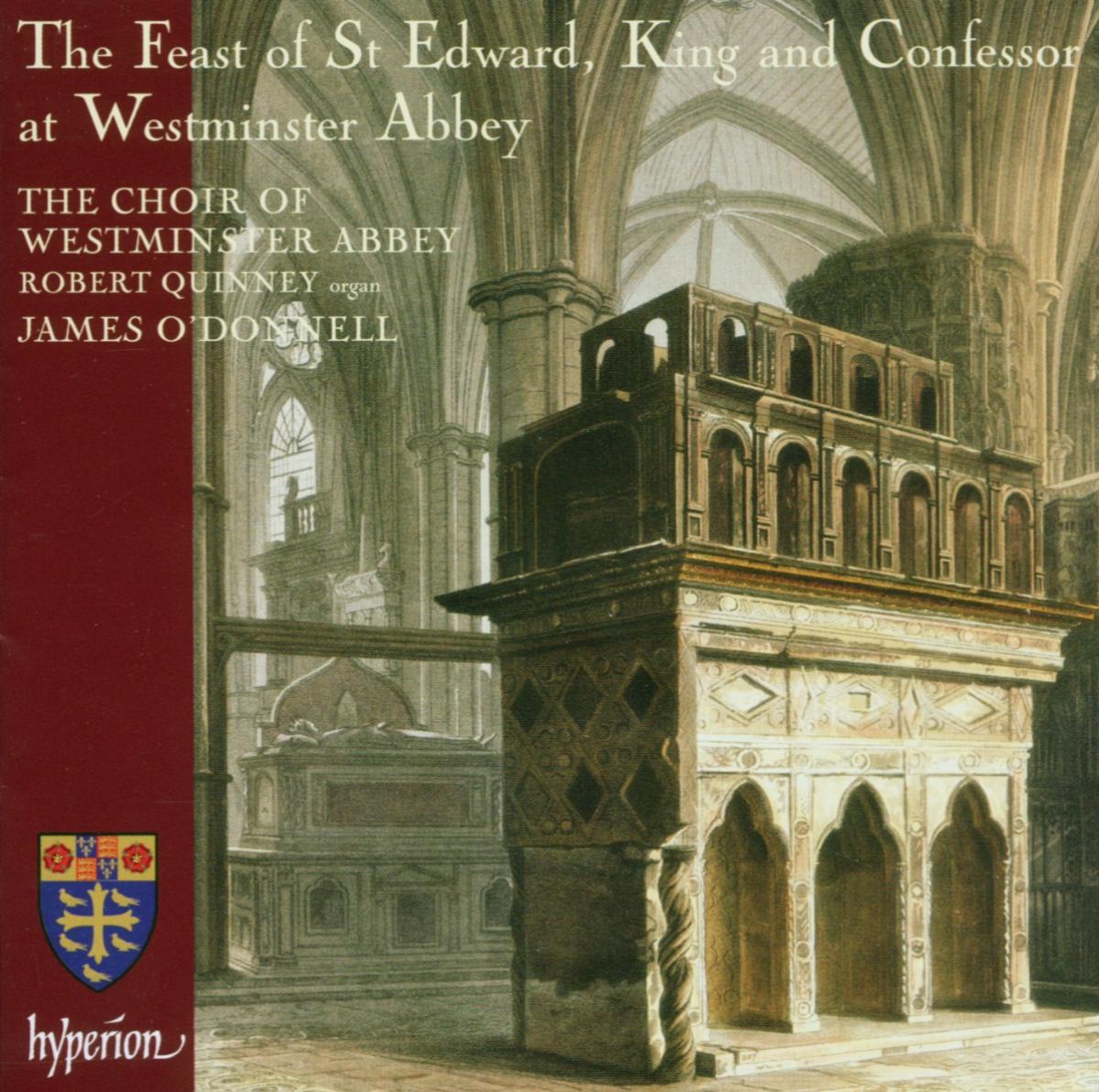 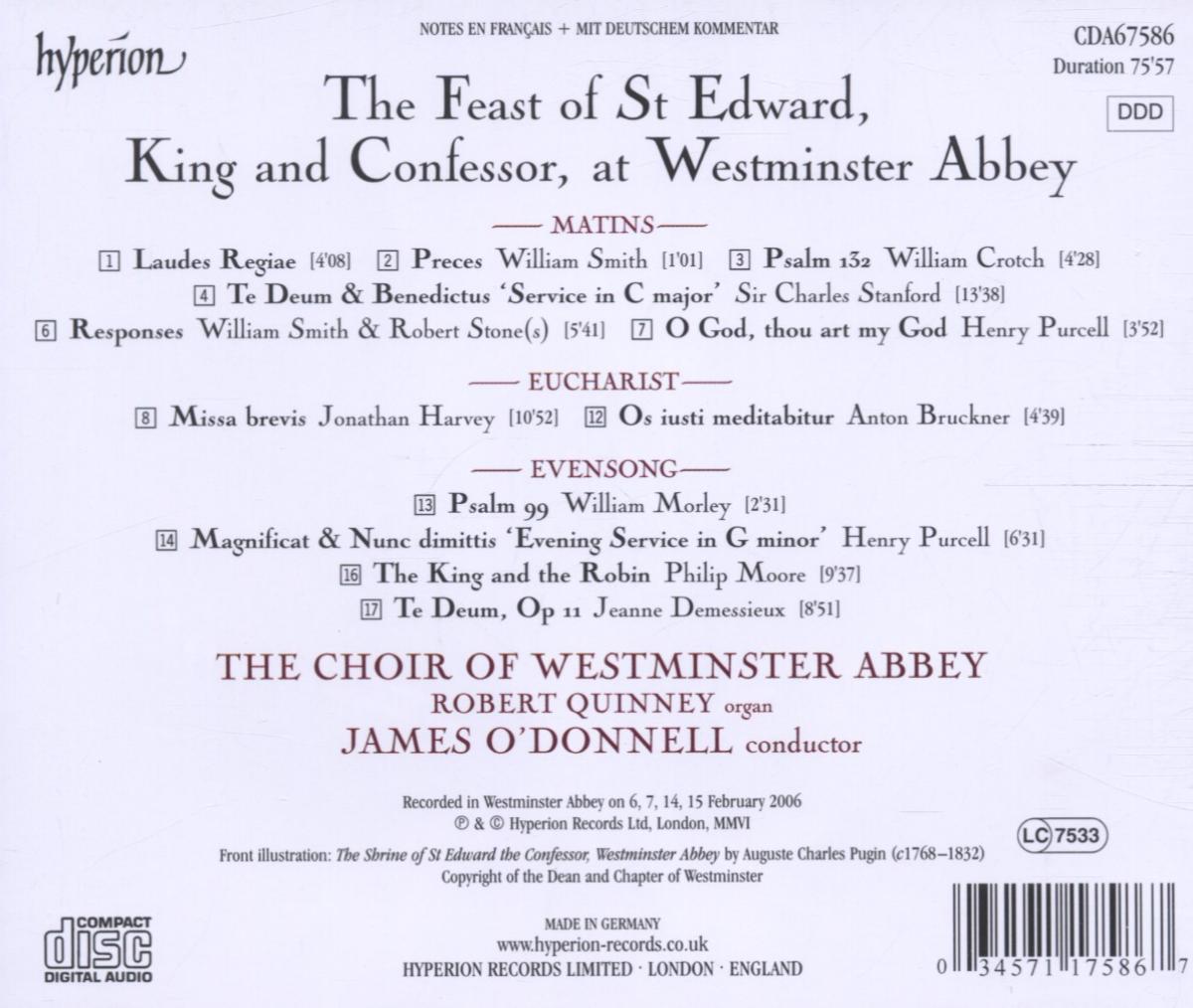 This new recording from Westminster Abbey presents Matins, Eucharist and Evensong as they might be heard on the Feast of St Edward (13 October). The Saint, whose death in 1066 sparked the Norman Conquest, remains buried in the Abbey to this day and his shrine is a point of global pilgrimage. The Service of Matins is centred around the Morning Canticles from Stanford’s epic Service in C, Op 115, while Evensong takes is cue from Purcell’s masterful Evening Service in G minor, Z231. The Evensong anthem is the first recording of The King and the Robin, composed for the millennial celebrations of St Edward’s birth in 1005 with music by Philip Moore and words by the Poet Laureate, Andrew Motion. The Eucharist setting is Jonathan Harvey’s adventurous Missa brevis, composed for the Abbey in 1995 and here receiving its first recording. This striking, but assuredly liturgical, work combines shouted text and chaotic choral passages into a whole of unusual impact. This is Hyperion’s third recording of The Choir of Westminster Abbey. William Byrd’s Great Service (CDA67533) was described by Gramophone as ‘a very polished and confident performance’, while Fanfare in America greeted Trinity Sunday at Westminster Abbey (CDA67557) thus: ‘I’m so taken by this program that I frankly rebel at the notion of spending one sentence, much less a paragraph, on the topic of alternative recordings … so enough already. I’m about to sound like a baseball announcer calling attention to a no-hitter-in-the-making during the seventh-inning stretch, but writing just after the Feast of St Philip of Punxsutawney, I’d say this release stands quite a good chance of turning up on my 2006 Want List. Thankfully, dear reader, you needn’t wait nearly so long to decide that it belongs on yours.’ And here we offer more of the same immaculate performances from this A-list Church of England choir.

'As with the previous releases in this series, the choir (and organist Robert Quinney, who here ends the disc in spectacular fashion with Jeanne Demessieux's Te Deum), under the fluent direction of James O'Donnell, is above reproach' (International Record Review)

'Anglican music can be heard at its best from Westminster Abbey ... a varied programme stylishly performed' (Choir & Organ)