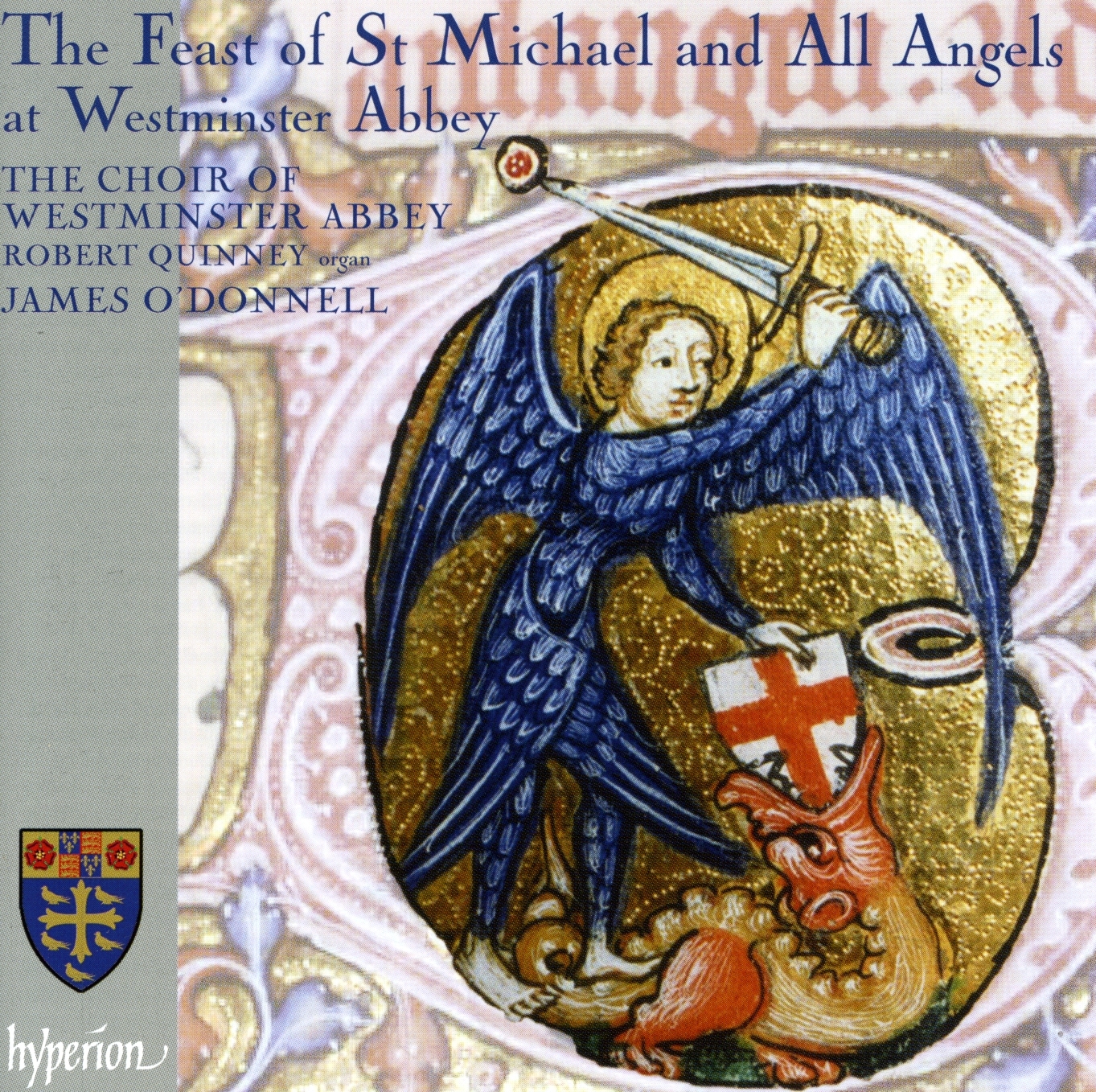 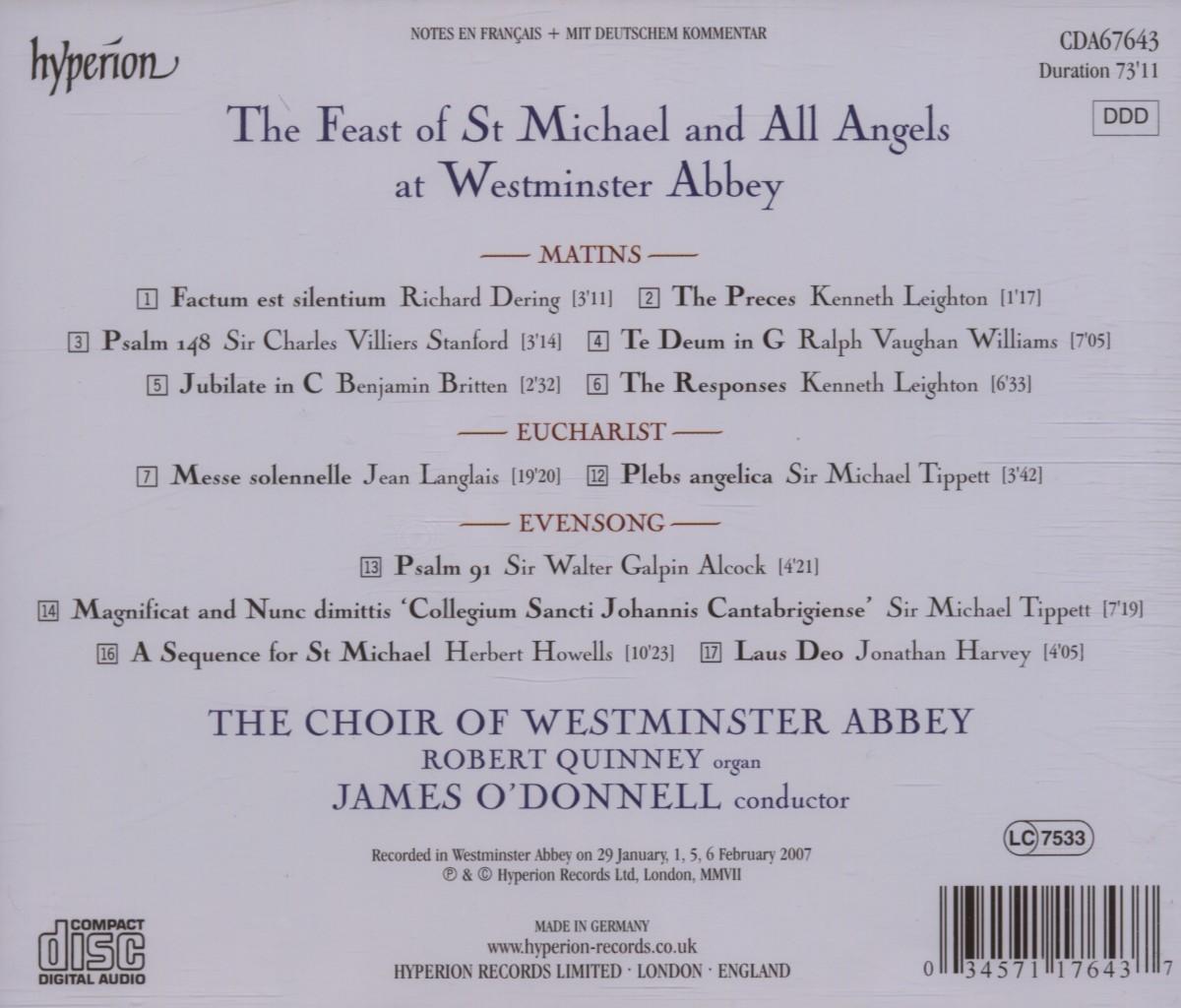 Hyperion is delighted to present this latest CD from The Choir of Westminster Abbey under their inspirational director, James O’Donnell. They continue their exploration of the rich repertoire of the liturgy in its historical context in the Abbey with music for the Feast of St Michael and All Angels. The texts for Michaelmas are uniquely dramatic and visionary, describing the angelic host and the war in heaven, and have inspired composers throughout the centuries to create settings of thrilling immediacy. This fascinating disc presents the best of these works from a range of composers. Included is most of the liturgical output of Sir Michael Tippett, whose joyful, extroverted compositional style and powerful sense of drama is perfect for the atmosphere of this festival. Langlais’ tremendous Messe solennelle is unquestionably his finest piece of church music; radiant and impassioned, using the organ particularly brilliantly to create colour and emotional depth. Herbert Howells’s A Sequence for St Michael is an excellent example of the mature style of the composer, an extended and substantial setting in which the Archangel’s intercession is movingly invoked. These and more established favourites and rarities of the repertoire are performed here with characteristic verve and impeccable musicality in the luminous acoustic of the Abbey.

'The choir, atmospherically recorded in the Abbey itself, sings this demanding repertoire with its customary zeal and a well-blended sound, and the performances are directed with the panache and style one has come to expect from James O'Donnell. Robert Quinney's contribution as organist culminates in a Laus Deo from Jonathan Harvey aptly described by O'Donnell in his booklet note as "the opulent psychedelia of [Messiaen's] Turangalîla compressed into four minutes"' (The Daily Telegraph)

'The disc is a splendid and colourful addition to the Abbey Choir's recordings of special services. They themselves are in fine form, sovereign (as befits the status of their church) in musical confidence, as well placed as the bright-toned voices of the boys who rise with an aplomb many opera house choruses might envy to the high Cs of the Langlais Mass, and show their mastery in still more wonderful ways by finding the notes scattered with hide-and-seek devilry in Tippet's Magnificat and Nunc Dimittis. And in that connection the soloist Nicholas Trapp deserves particular mention. Their style, under James O'Donnell's sure direction, is forthright and spirited, well attuned to the Jacobean mysticism of Dering's Factus est silentium as to Howell's ecstatic Sequence for St Michael … Kenneth Leighton's Responses are subtly varied and inventive' (Gramophone)