Virgil Thomson: The Plow that Broke the Plains-Suite (Filmmusik) 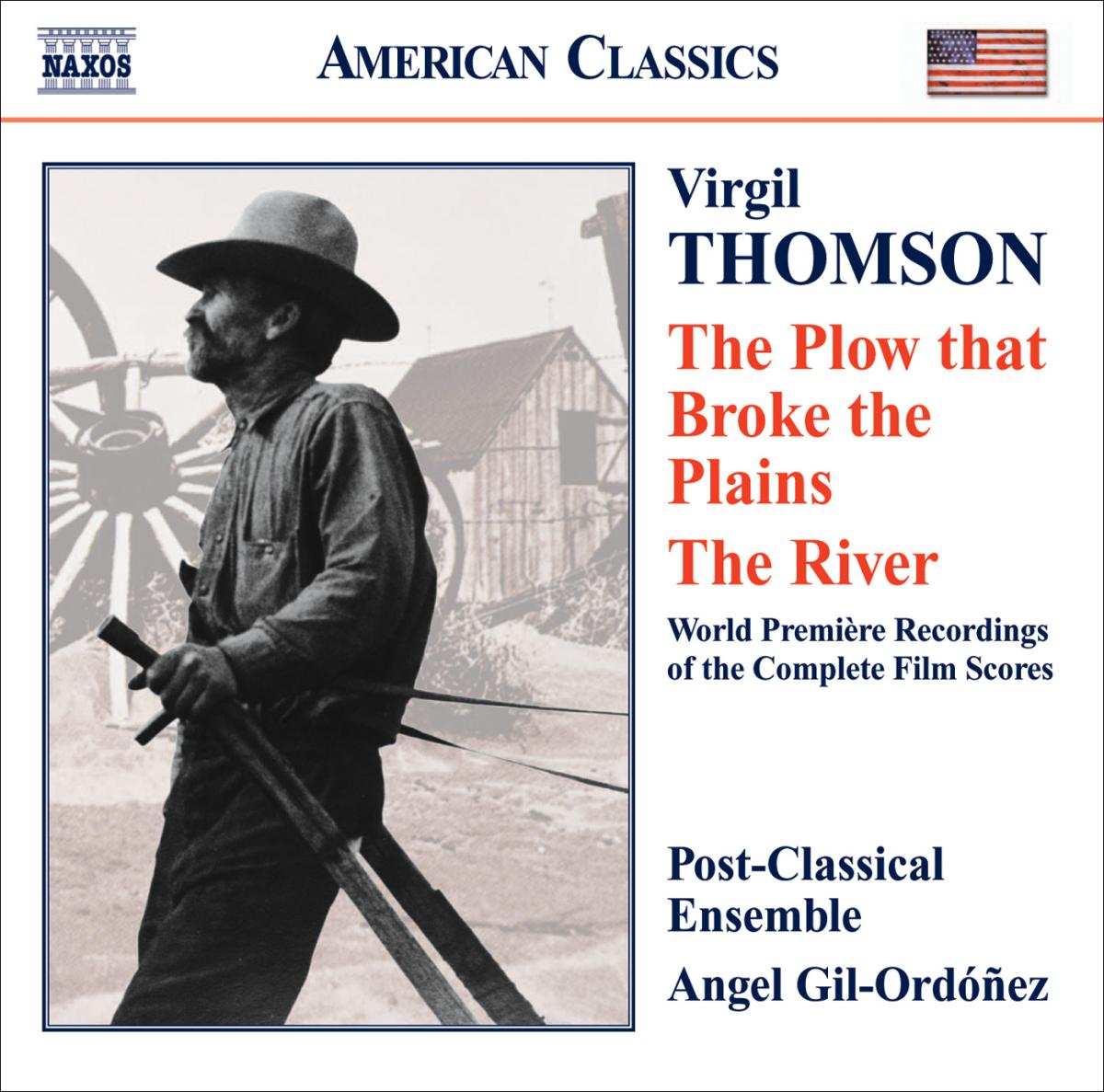 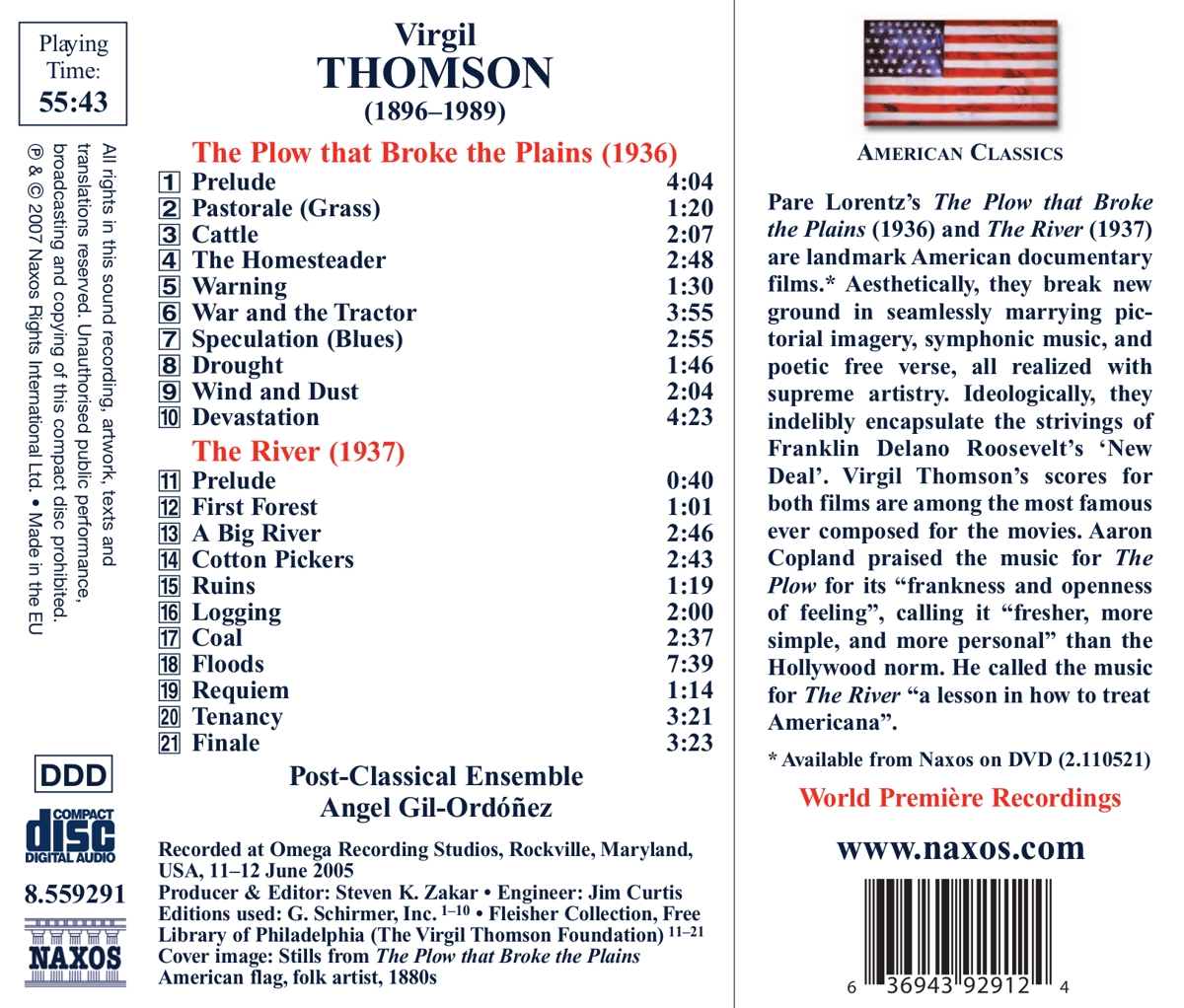 Bewertung:
umgehend lieferbar, Bestand beim Lieferanten vorhanden
EUR 9,99*
Pare Lorentz's The Plow that Broke the Plains (1936) and The River (1937) are landmark American documentary films.* Aesthetically, they break new ground in seamlessly marrying pictorial imagery, symphonic music, and poetic free verse, all realized with supreme artistry. Ideologically, they indelibly encapsulate the strivings of Franklin Delano Roosevelt's 'New Deal'. Virgil Thomson's scores for both films are among the most famous ever composed for the movies. Aaron Copland praised the music for The Plow for its "frankness and openness of feeling", calling it "fresher, more simple, and more personal" than the Hollywood norm. He called the music for The River "a lesson in how to treat Americana". *Available from Naxos on DVD (2.110521)"