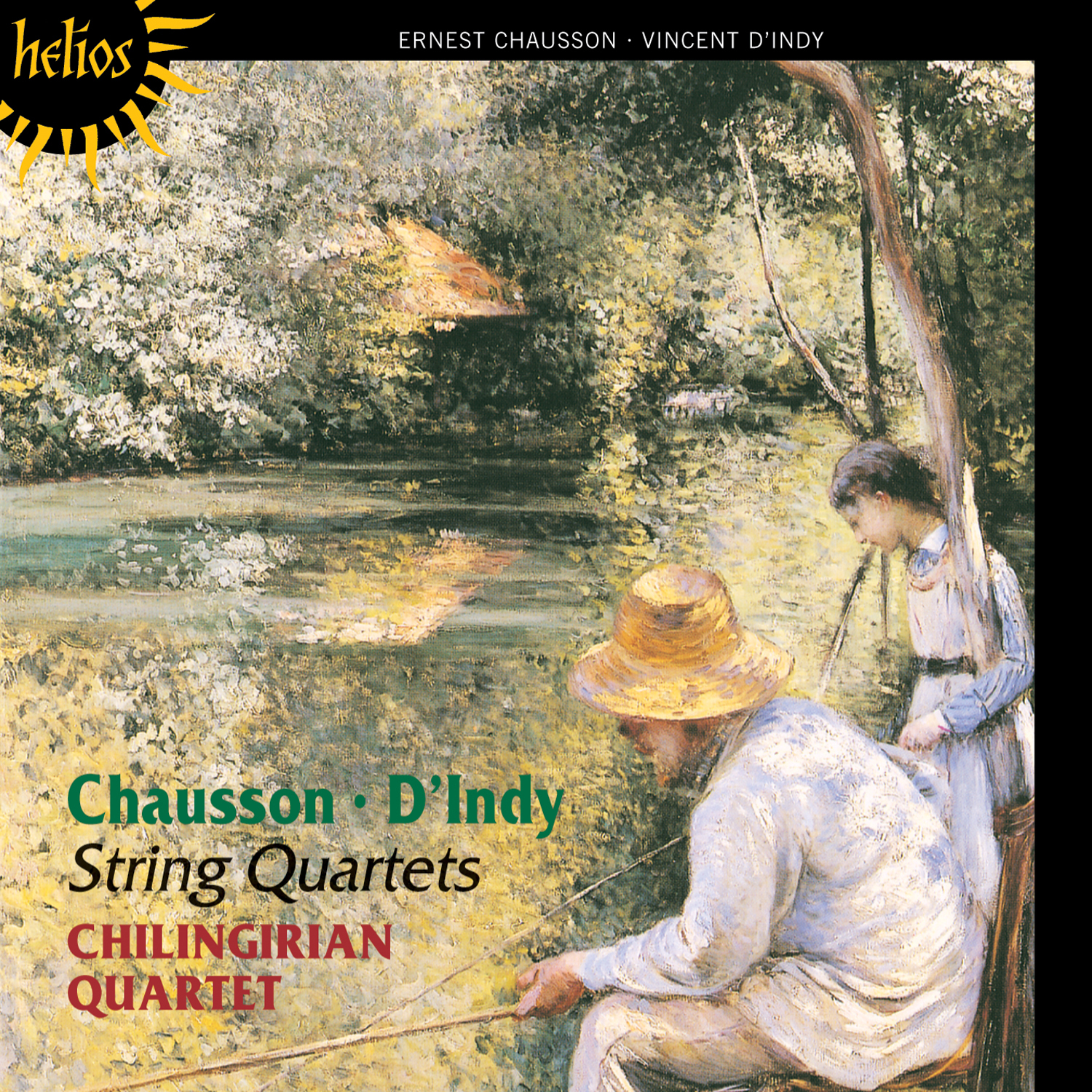 Vincent d'Indy, once one of Franck's pupils, completed three string quartets in his lifetime and left one incomplete on his death. He used traditional forms of sonata structure, lied, dance form and rondo for the four movements and with traditional emphases on rhythmic development and key contrasts, but followed Franckian, so-called 'cyclic' techniques of melodic transformation, designed to unify the work as a whole. The first quartet is based around a four-note motif found in Mahler's First Symphony, which d'Indy almost certainly would not have known, and as the Bell motif in the first act of Parsifal (which he certainly did know).

Ernest Chausson died when his bicycle crashed into a wall. Among the various projects he left behind were, some orchestral overtures, a violin sonata, a second symphony and this string quartet. He had finished the first two movements of the quartet and was nearly at the end of the third when the accident happened. D'Indy completed the third movement and it is for this reason it seems appropriate to couple the two works on this disc.

'This superb disc is a revelation' (The Guardian)