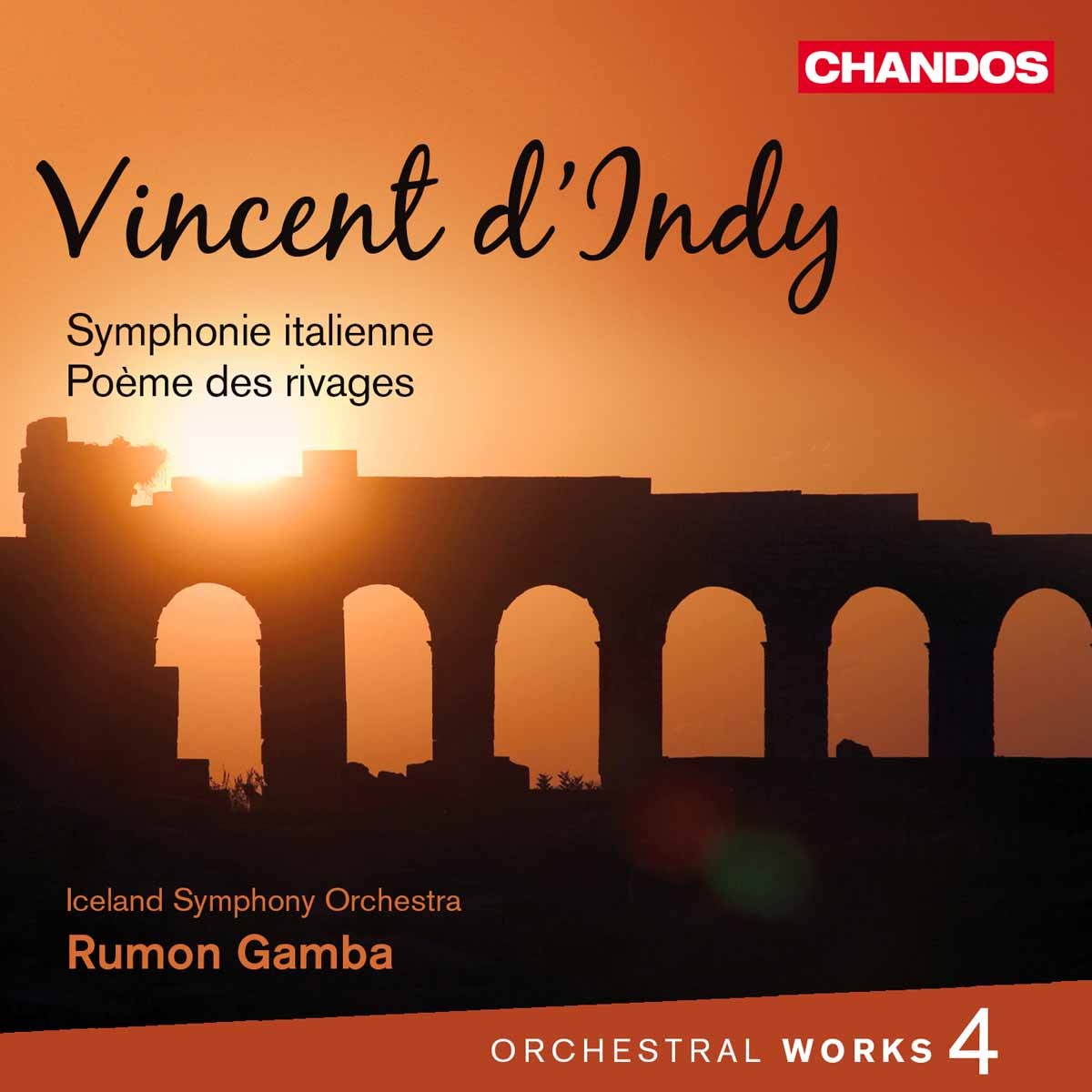 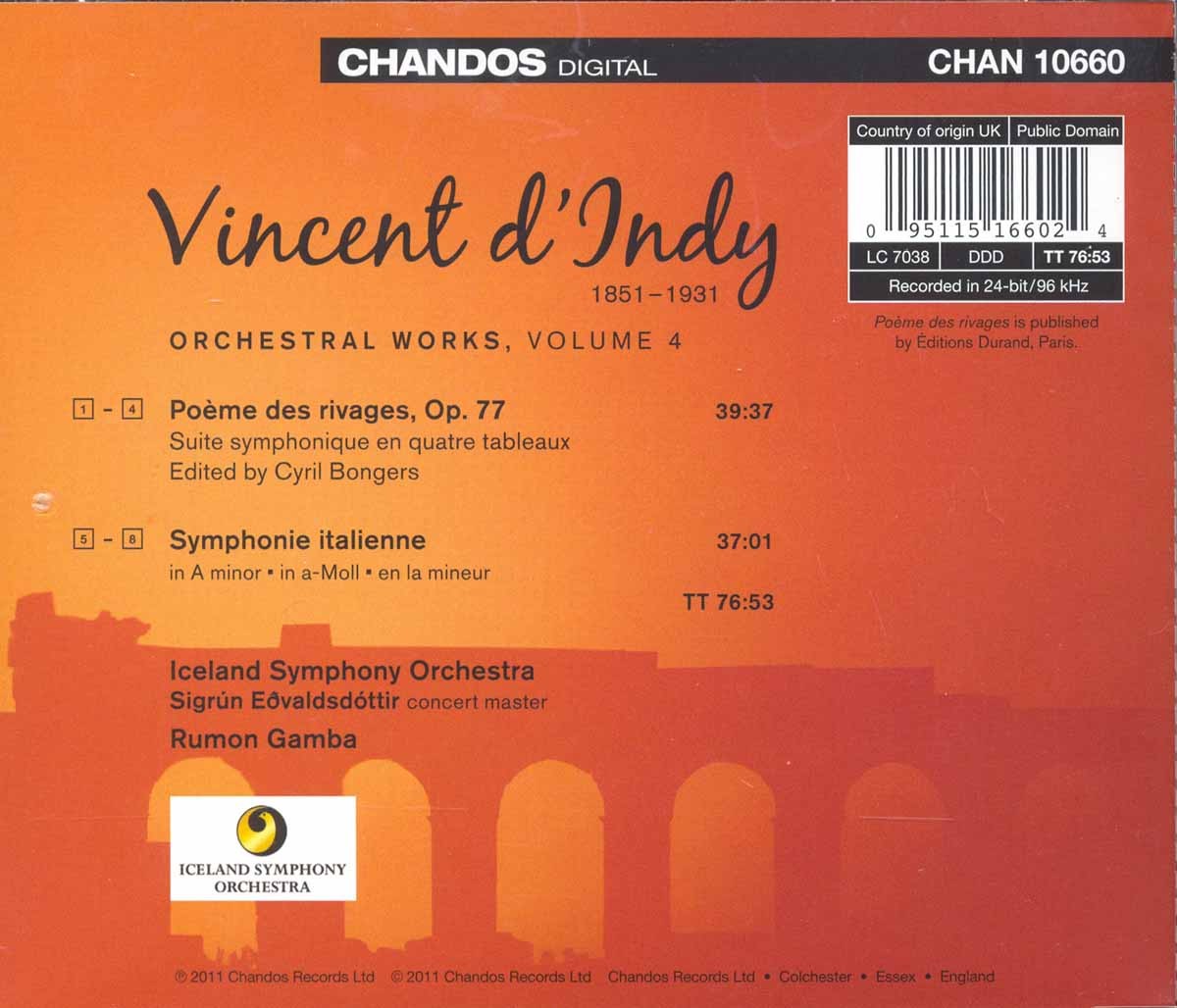 D’Indy was a contemporary of Debussy and Ravel, and a pupil of César Franck. Fauré described him as ‘the Samson of Music’ for his multifarious and generous-minded work as a composer, conductor, educator, and propagandist who greatly strengthened French musical culture. With a style essentially eclectic and strongly influenced above all by Beethoven and Wagner, d’Indy particularly excelled in orchestral composition. He drew special inspiration from his native Ardèche region in southern France, and formed a body of post-romantic works richly orchestrated, often inflected with folk-like melodies, and employing Franck’s well-known ‘cyclic method’.

Symphonie italienne was written when d’Indy was in his late teens. It was strongly inspired by his travels in Italy, and the four movements bear the respective titles ‘Rome’, ‘Florence’, ‘Venice’, and ‘Naples’. The Symphonie SuitePoème des rivages, a late work written in 1919 – 21, is a work of outstanding technical accomplishment and poetic inspiration, which succeeds in combining solid post-Franckian structures with the textural and colouristic fluidity of Debussy. The orchestral forces, including four saxophones, create an almost visual impression of light and atmosphere, in the manner of Claude Monet.

“...He [D’Indy] was a mover and shaker in French music. A passionate Wagnerite, he attended the premiere of the Ring Cycle, and Wagner’s influence can be heard in his music. If a case for D’Indy’s lushly attractive (if discursive) music, then Maestro Gamba can do it. His collaborator in this adventure is the Iceland Symphony: a fine ensemble that delivers all that the conductor asks of it, playing the music with sensitivity and a sense of grandeur ...” **** James McCarthy – Limelight Magazine – 7 June 2011

“A French evocation of the sea to compare with La Mer... the truely excellent Iceland Symphony Orchestra is an ensemble of international standard; Rumon Gamba achieves some highly responsive playing from them, while the richly atmospheric Chandos recording is state-of-the-art. “ Ivan March – Gramophone Magazine May 2011

“...a warm recommendation for this latest disc in a valuable series – hopefully with two or even three instalments still to come.” Richard Whitehouse - International Record Review – March 2011