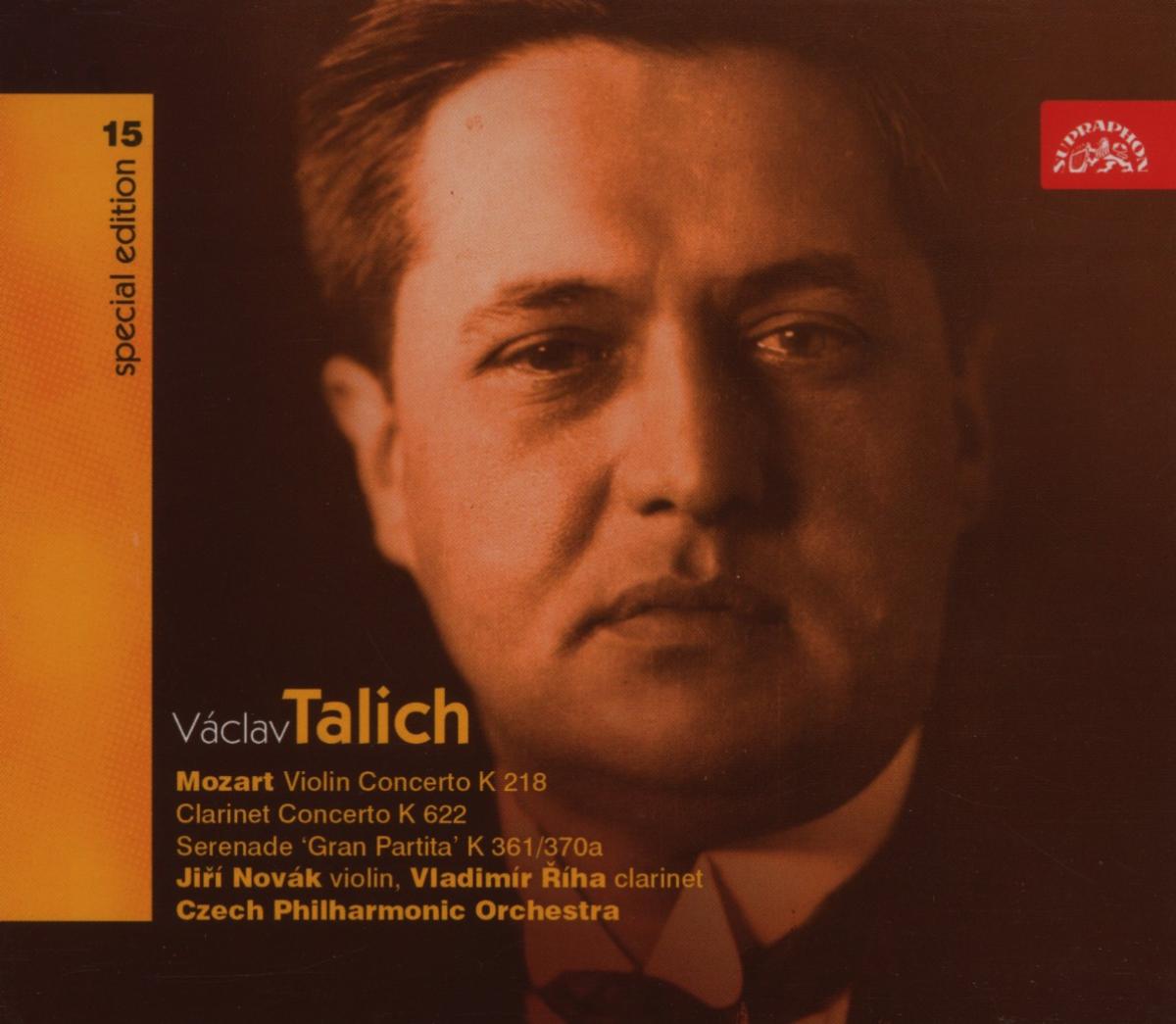 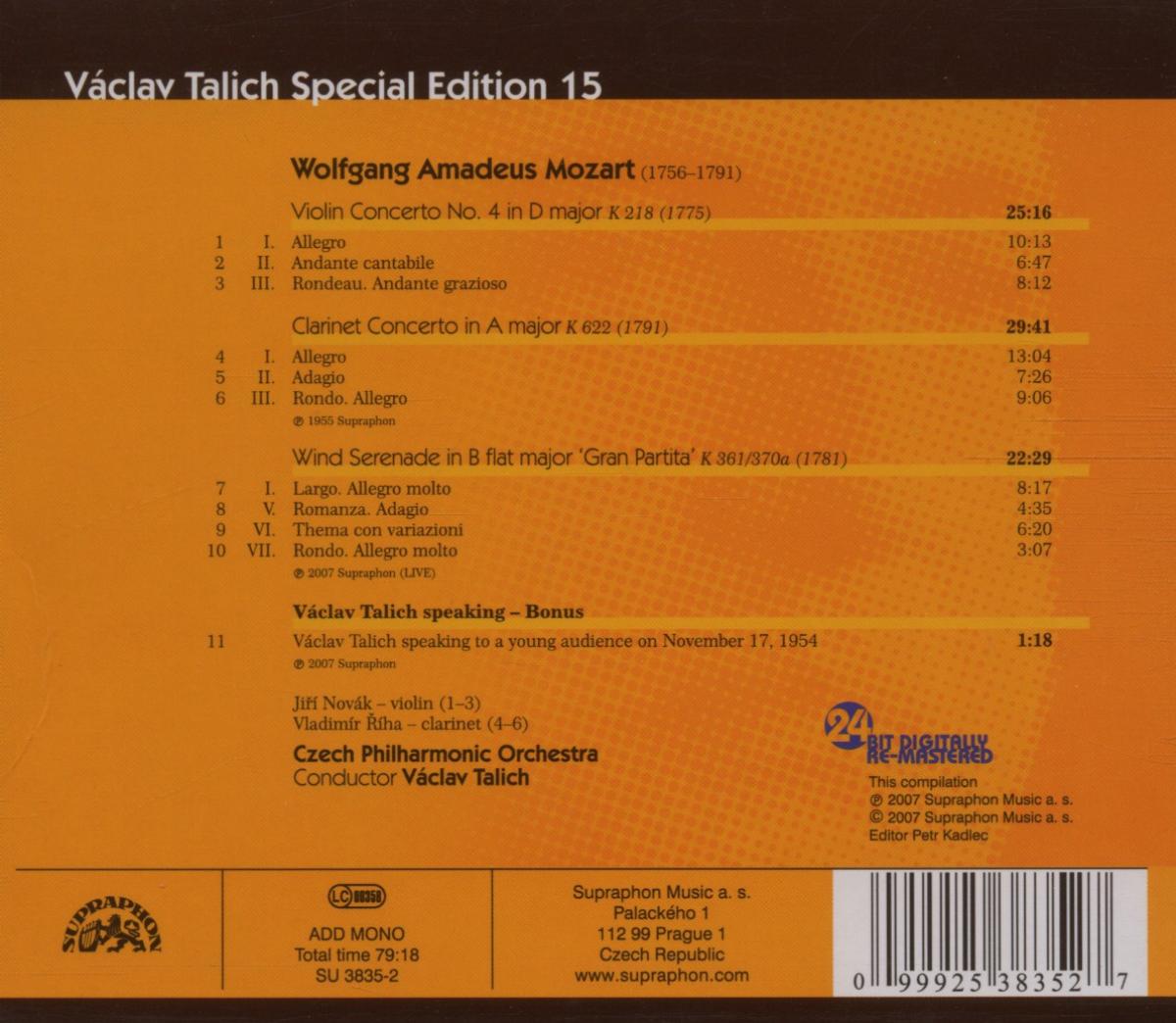 "This ingenious fellow must have been tossed about by some passions which we don't know about anymore today which, together with his mad creative bent, hastened his demise!" Talich was speaking about his beloved Mozart, the composer of the works on this CD which features a live recording of the Serenade No. 10 as Talich performed it with the Czech Philharmonic wind players in 1954. It also features two outstanding soloists: violinist Jiri Novak (b. 1924), was chosen by Talich to be concert master of the Czech Chamber Orchestra in 1945 while still a conservatory student. Novak went on to become 1st violin of the young Smetana Quartet, with which he played and recorded with tremendous success all over the world until the end of the ensemble's career in 1989. Vladimir Riha (1905-1978) was the clarinetist of the Czech Philharmonic for nearly a quarter of a century, but also played with the Prague Wind Quintet and a number of other ensembles including the Smetana Quartet. His archival recordings are highly regarded by clarinetists even today.