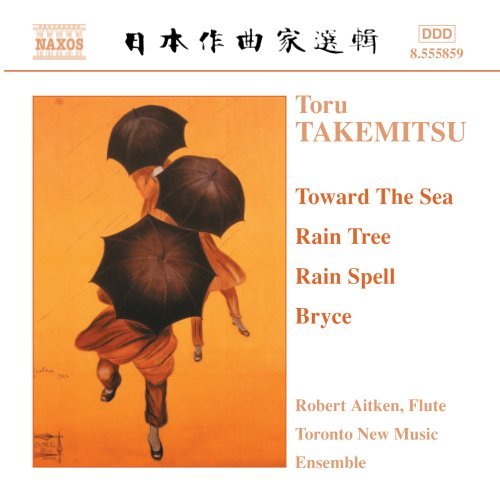 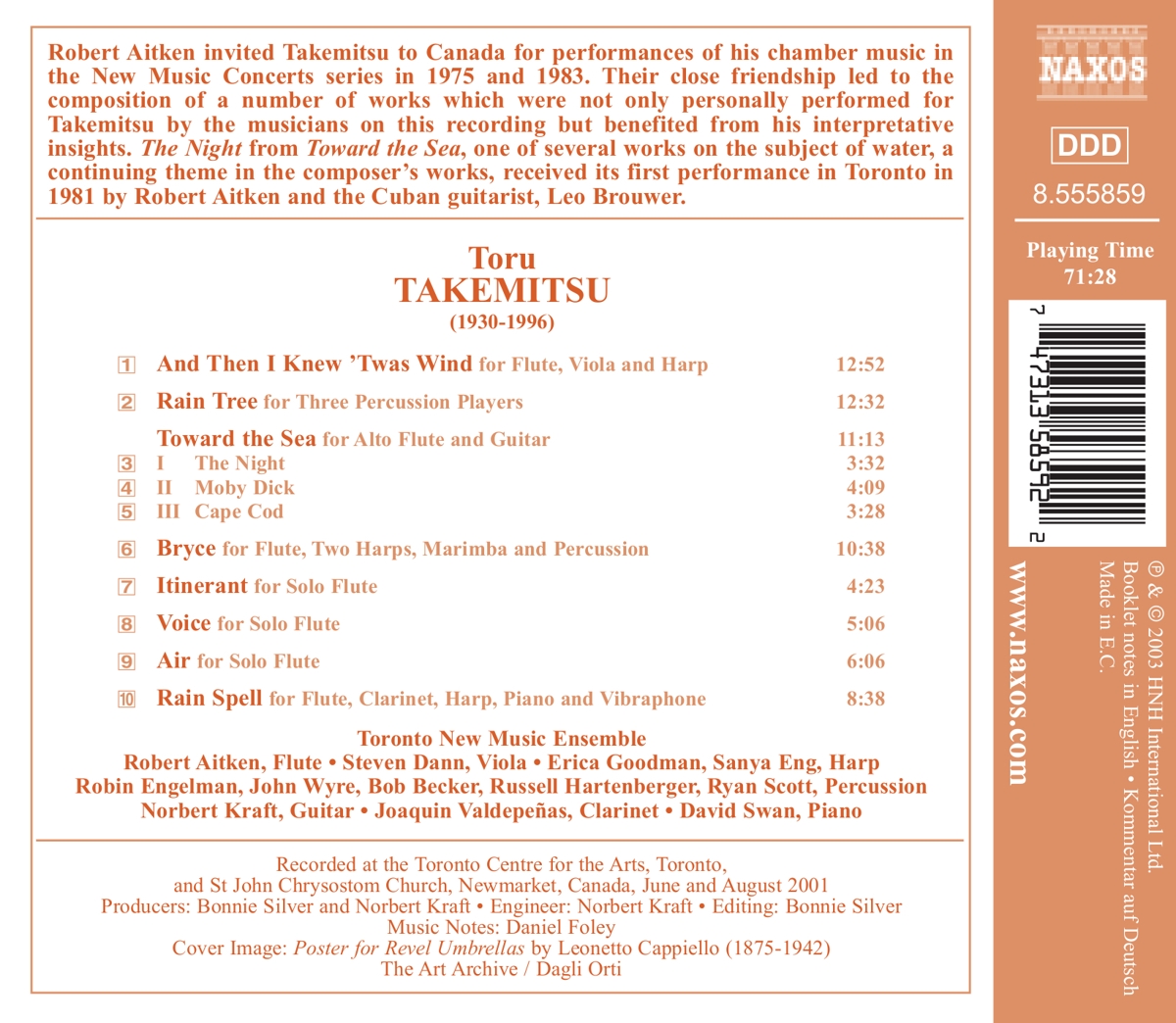 Bewertung:
umgehend lieferbar, Bestand beim Lieferanten vorhanden
EUR 9,99*
Versandkosten
Robert Aitken invited Takemitsu to Canada for performances of his chamber music in the New Music Concerts series in 1975 and 1983. Their close friendship led to the composition of a number of works which were not only personally performed for Takemitsu by the musicians on this recording but benefited from his interpretative insights. The Night from Toward the Sea, one of several works on the subject of water, a continuing theme in the composer's works, received its first performance in Toronto in 1981 by Robert Aitken and the Cuban guitarist, Leo Brouwer.